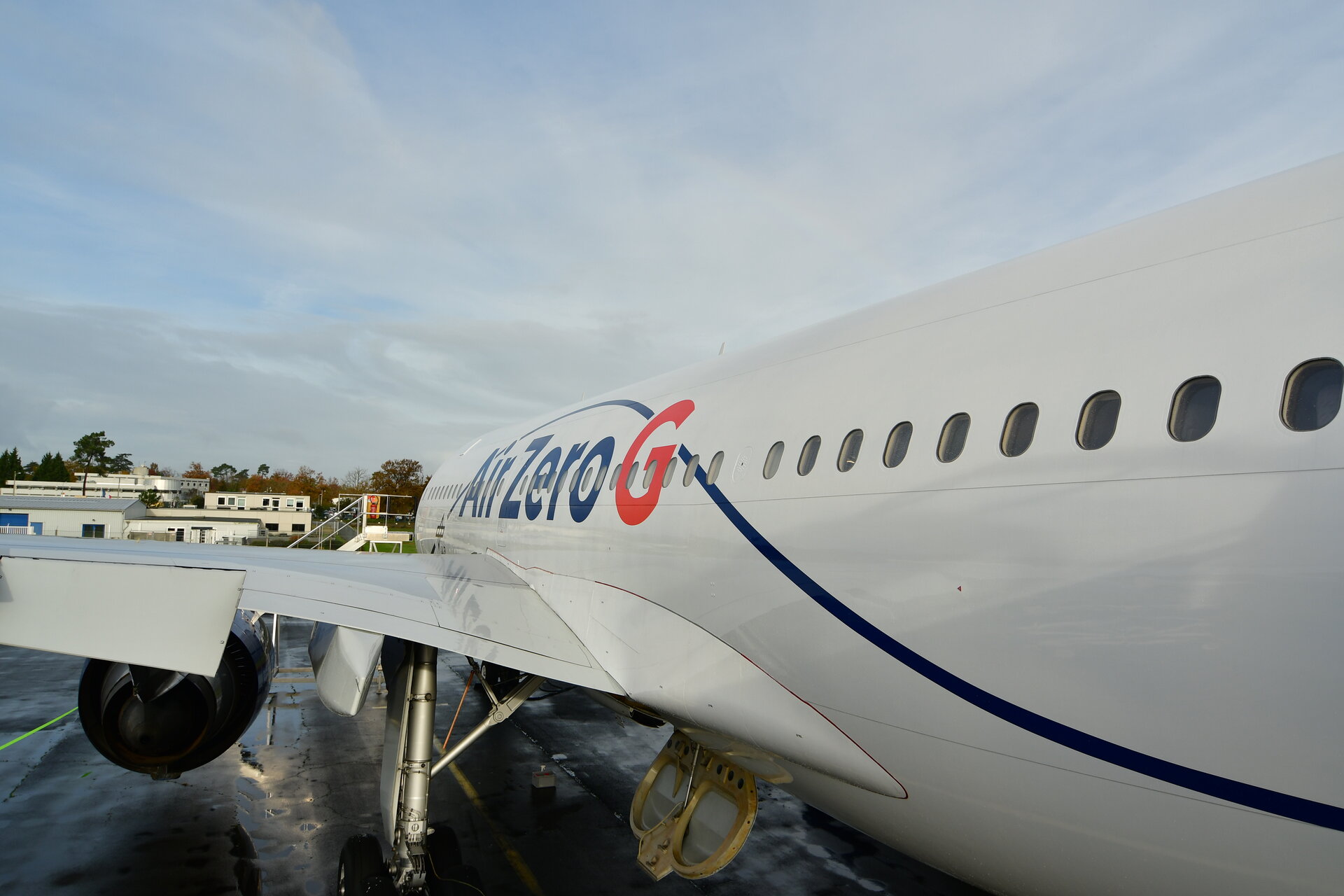 What do you get if you put 40 researchers and 12 technologically advanced experiments in an aircraft and fly at maximum thrust in repeated 49° angles at the limits of the aircraft’s design? Zero-gravity science, and this is exactly what is happening this week on the 72nd ESA parabolic flight campaign.

Parabolic flights offer repeated sessions of 20 seconds of zero gravity giving a total of 10 minutes of weightlessness each flight. The advantage of parabolic flights over other platforms for experimentation in altered gravity is that researchers can join the flight and interact with their experiment – fine tuning hardware, running tests on human subjects or changing parameters on the fly.

The Progra2 experiment is creating clouds of matter and recording how light is scattered by micrometre-sized particles. The carbon-based dust is chosen to resemble the clouds found in our Solar System such as around asteroids and comets. Knowing how light is scattered by these particles in microgravity will help interpret observations made from telescopes and increase our understanding the Universe.

The experiment is linked to the ICAPS experiment that is looking at what happens next when dust clouds interact in space – how they clump together to form larger bodies such as planets – ICAPS flew earlier this month but on a rocket offering six minutes of weightlessness.

Somewhat unintuitively, larger particles move to the top when shaken – this is why the person to finish a packet of cornflakes ends with all the smaller crumbs. The VIP-GRAN team is looking into how particles behave in reduced gravity to understand the underlying physics in detail. For this flight they are investigating the jamming of particles as they flow through small openings. This can be an annoyance on Earth when salt get stuck in the shaker for example, but the phenomenon is influenced by gravity and the researchers want to know more. This will be the ninth flight for the VIP-GRAN team, who are working towards having a version of their experiment fly on the International Space Station with even more weightless time.

The “Complex fluids under periodic excitations” experiment, shortened to Comflu is part of ESA’s long-running investigations into how liquids mix. For this flight the team will observe layers of normal fluids and non-Newtonian liquids that solidify like ketchup when you try to bash out the last drops from a bottle. The liquids will receive periodic vibrations from pistons at either end to force them to mix.

ESA’s 72nd parabolic flight campaign will take place from the week of 25 November over three days. The teams are preparing their experiments and loading them onto the aircraft this week. Two experiments are part of the FlyYourThesis! initiative for university students.