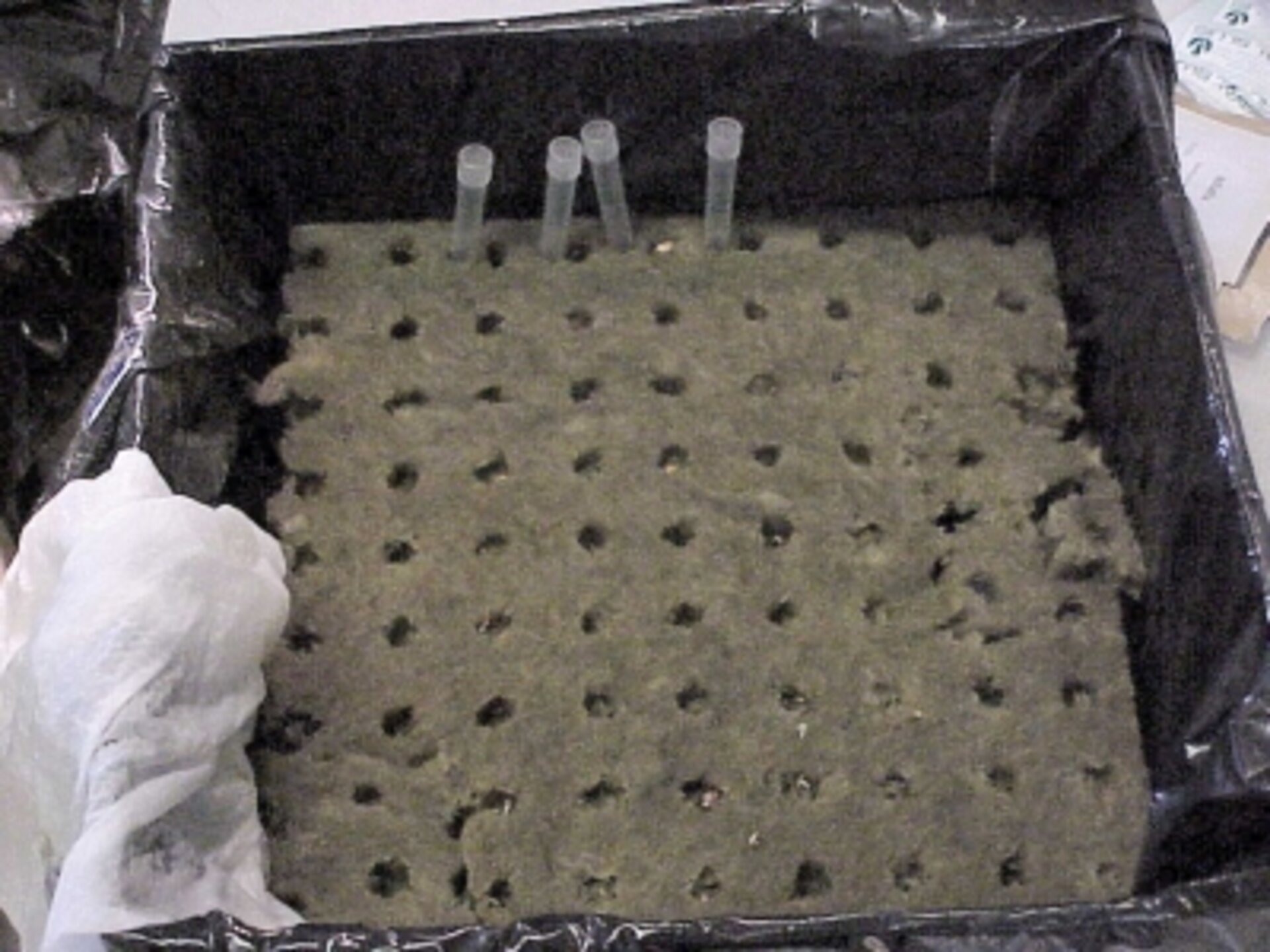 What an extraordinary day we had today. There was a lot of excitement this morning in our Research Station in the desert of Utah. Less than 48 hours after being planted, our seeds started to sprout! The miracle of life took place again. It is extraordinary. Of course, it happens everyday all around the world: watering a seed in the ground would eventually make it sprout. But here in our lab in this close isolated research Hab environment, it looks extraordinary. In fact, all the four kinds of seeds, the Alfalfa, the tatsoe sprouts, the arugela salad and the radishes, planted in a rock wool tray installed in the lab started to come out overnight. Nothing is visible yet from the seeds installed in potting soil trays, most probably because they are deeper in the soil. I will keep you informed of their growth. We hope to be able to eat them before the end of our rotation, in about ten days.

Later in the day, I eventually succeeded in getting through to my e-mail system at work, the miracles of modern technology. The culprit for taking so long was a bad connection in the Hab that took us two days to track. The only computer that is not yet on line is Andrea's, everybody else is up and surfing the Web.

We also sorted out the Eco data logger that we installed in the Hab in a semi-EVA mode wearing only the helmet for the oxygen supply.

After the indulgence of the last two days, our Commander, the DGO for the day, reintroduced some rigor in the lunch approach and we went back to self made ham and cheese sandwiches. Not that anybody complained.

The purpose of today’s EVA was to locate a GPS waypoint set up by a previous crew for geology investigation purposes. Some other tasks also needed to be done. Andrea, the mission geologist, and myself were assigned for this EVA.

As we were leaving by ATV, the wind picked up again. The Martian flag had to be brought back in the Hab. We took a few GPS waypoint coordinates around the Hab, and we set our course to Candor Chasma.

This is a cool place! In fact, the Hab is surrounded by desert. But this desert is not uniform and boring. No, it is rich in colours and full of dramatic landscapes as the pictures show. Crossing some plains with only red dust and rocks, we arrived at Candor Chasma.

Candor Chasma is named after a real feature on the planet Mars. Here on Earth, it is a canyon about 50 m deep with a small hill in the middle divided by horizontal geological layers of different colours. Many of these landscapes are to be found around here and are so similar to what we know of the Martian surface making this an ideal place to conduct Mars mission simulations.

We were not successful in locating the waypoint. It seems as if were always between 800 and 900 m out. As the storm started to get really bad, we were ordered to return to the Hab.

While backtracking we managed to get stuck in the sand, me first, then Andrea. But eventually we made it, but only just in time before the hard rain and the thunderstorm. Quite impressive, a real thunderstorm in the desert. The air was so full of electricity that we were also treated to a Saint Elmo's fire in the Hab close to the lightning rod, during the meal cooked by our DGO Commander (spaghetti and bean salad).

Yes, it was a good day! And to stay in the Martian mood, tonight we watched "Red Planet", that fortunately does not describe the way Mars will be conquered.

Until tomorrow, good night from Ares and with Martian regards to all.