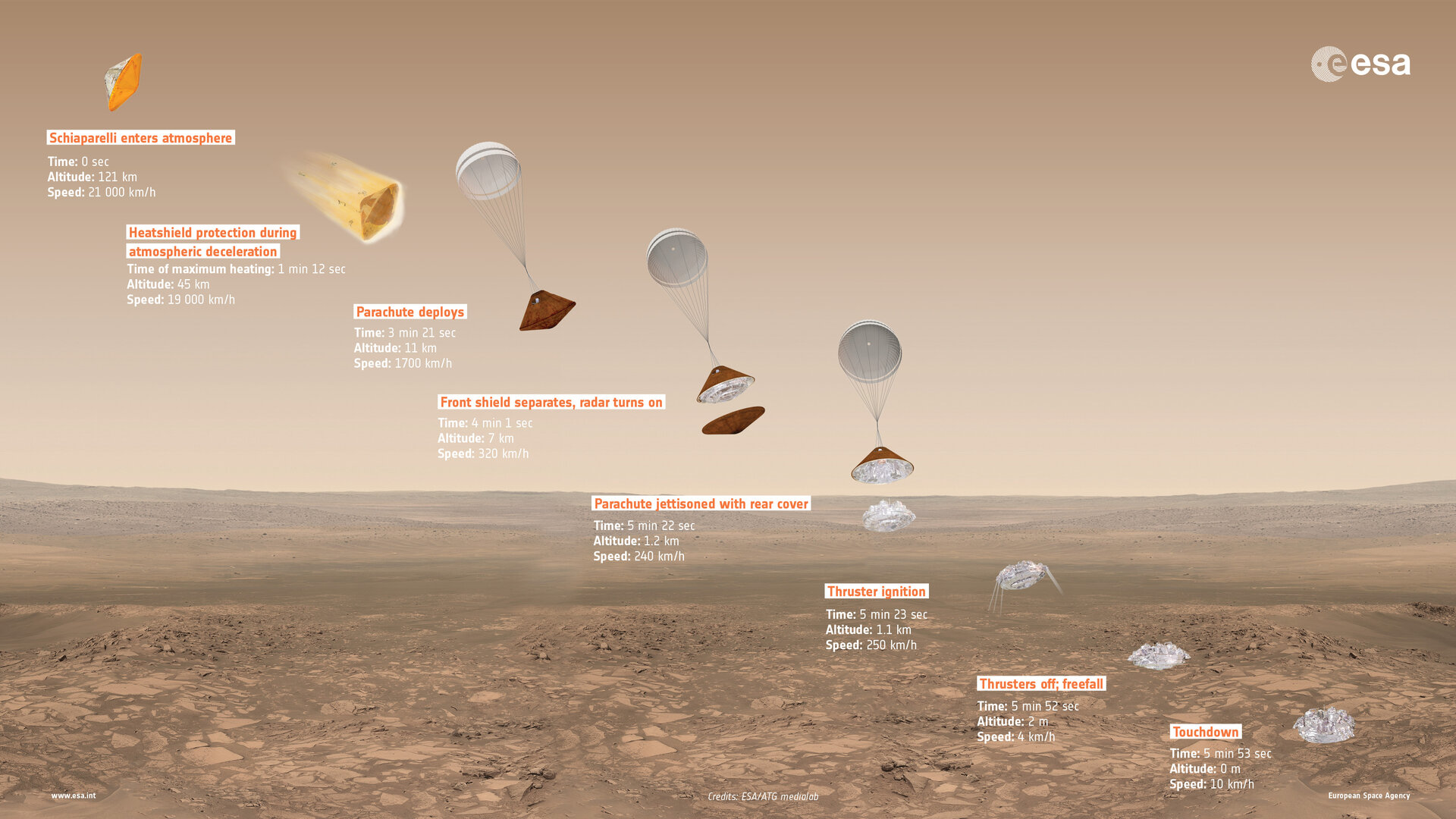 Note: the final stages of Schiaparelli's landing sequence were not carried out as planned, but this article remains for background.

Schiaparelli is scheduled to separate from TGO on 16 October 2016, three days before arriving at Mars. On 19 October, Schiaparelli will enter the atmosphere at an altitude of about 121 km and a speed of nearly 21 000 km/h. In the three to four minutes that follow, it will be slowed by the increasing atmospheric drag, with the front shield of the aeroshell bearing the brunt of the heating. This will slowly melt and vaporise, allowing the absorbed heat to be carried away from the rest of the spacecraft.

Schiaparelli will then activate its three hydrazine thrusters to control its speed. Radar will continuously measure the height above the surface. At an altitude of around 2 m, Schiaparelli will briefly hover before cutting its thrusters, leaving it to fall freely. The touchdown speed will be a few metres per second, with the impact absorbed by a crushable structure similar to the crumple zone in a car, on the underside of the lander, preventing damage to the rest of the module.

The entire entry, descent and landing sequence will be complete in less than six minutes.

Schiaparelli will target a site in Meridiani Planum, within a landing ellipse measuring 115 x 25 km. One of the reasons for choosing this site was because of its relatively low elevation, which means that there is a sufficient thickness of atmosphere to allow Schiaparelli's heatshield to reduce the module’s speed and get ready to deploy its parachute.