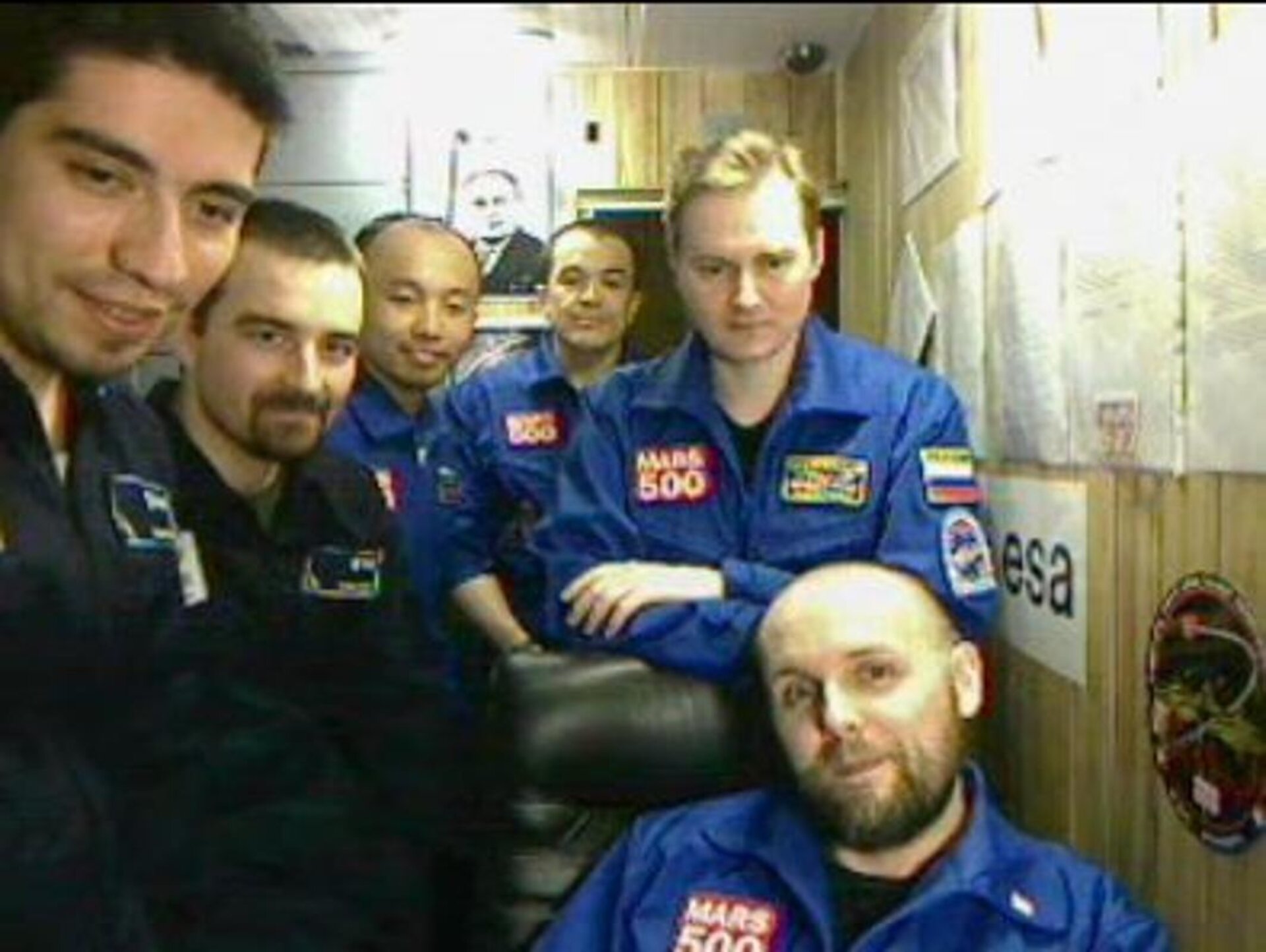 As the Mars500 crew prepare for the end of their simulated mission to the Red Planet, they have found time to record greetings for media use. Details of the media conference on 8 November are also now available.

Mars500, the first realistic full-duration simulation of a human mission to Mars, will end on 4 November, when the international crew of six ‘arrive back on Earth’ from their 520-day ‘interplanetary voyage’.

The mission began on 3 June 2010 and three of the crewmembers ‘landed’ on Mars last February.

The psychologically harder return trip to Earth will soon be over, and it is already clear that the main outcome of the experiment is human operations and scientific.

The crew has stayed united as a team and always tackled their experiments and routine tasks with great discipline and precision despite the isolation, the artificial communications delay and the tight confines of their spacecraft mock-up.

Venue and programme for 8 November event

A detailed programme will be distributed on 8 November.

Sounds and movies of isolation

European crewmembers Romain Charles and Diego Urbina have recorded their answers to some of the frequently asked questions for use on radio. The files (mp3 format) can be downloaded from here:

Some of the videos published on ESA's Mars500 YouTube playlist are also available for downloading on ESA Online videos.

Higher resolution versions for TV stations are available on request.