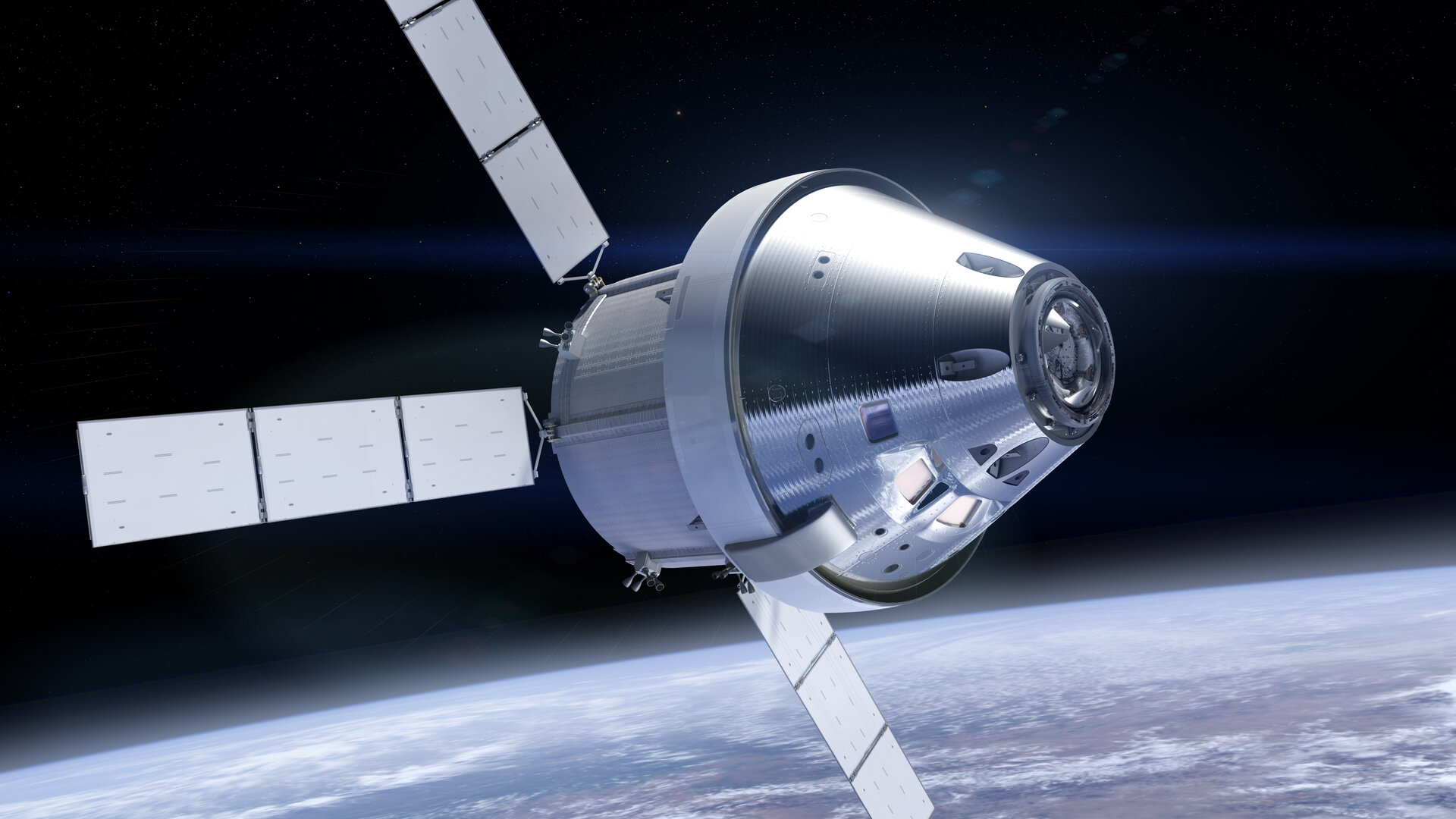 NASA’s Orion spacecraft has a pressurised crew capsule where the astronauts work, with the European service module providing everything they need to fulfil their mission.

The European Service Module (ESM) provides electricity, propulsion, air and water, and forms part of the vehicle’s structure, like a car chassis. More information about the module is given on separate pages to the left.

A Crew Module Adapter (CMA) connects the capsule to the ESM. It houses electronic equipment for communications, power and control, and includes a bridge that connects electrical, data and fluid systems between the main modules.