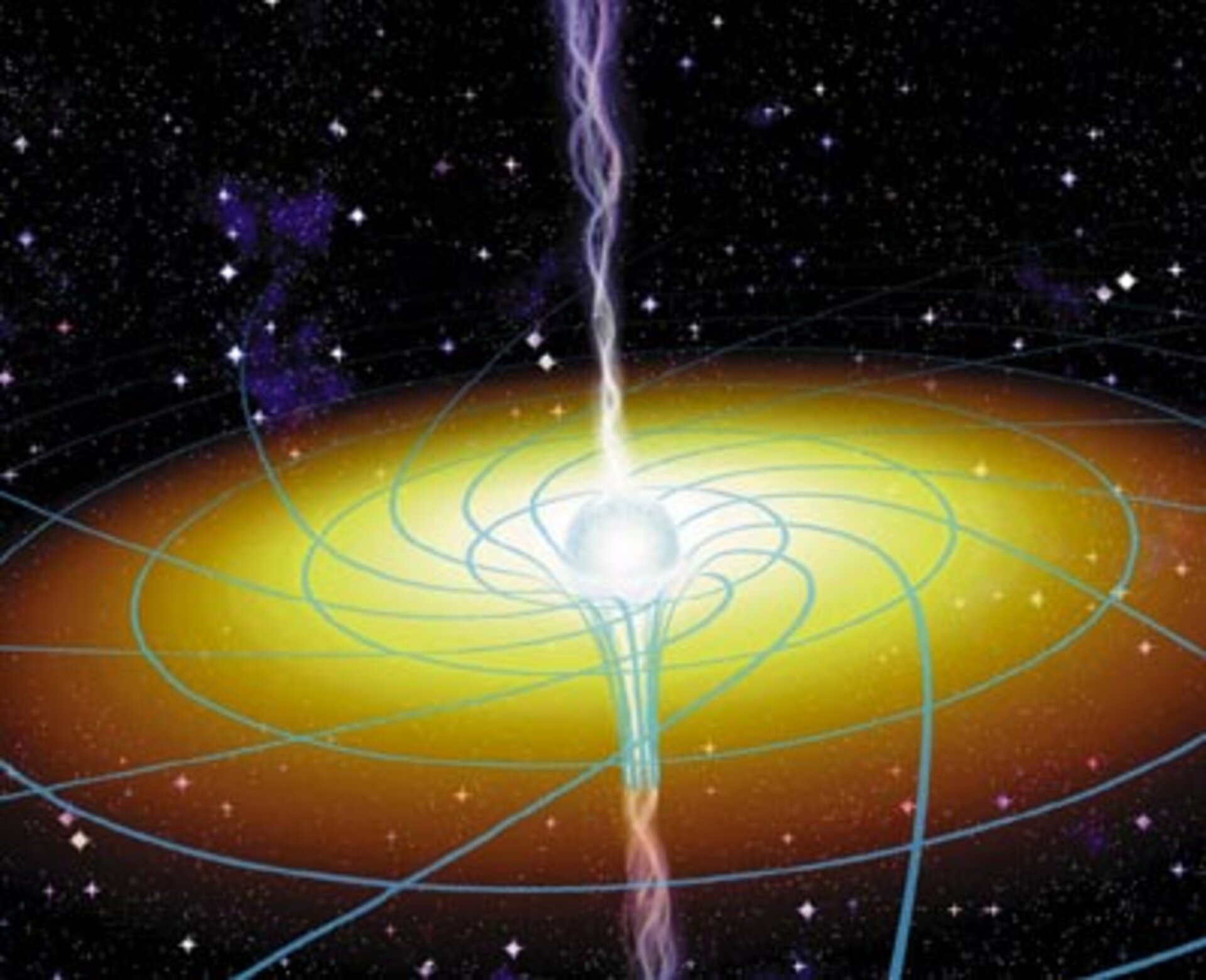 A black hole is an object whose gravity is so strong that nothing, not even light, can escape.

Rockets leaving the Earth must travel faster than this to escape Earth's gravitational pull. This is why we cannot simply fly something higher and higher until it reaches space – to leave Earth an object needs to reach a certain speed.

The gravitational field of a black hole is so strong that the escape velocity needed is greater than the speed of light. As even light cannot escape, the term 'black' hole was coined by physicist John Wheeler in 1967 - previously they had been known as 'frozen stars' - a term which failed to grip the imagination!

Black holes are created by the gravitational collapse of supermassive stars (stars that, before collapse, are about eight times larger than the mass of our Sun). When a star exhausts its fuel, the balance between gravitation and radiation is disturbed, and it collapses.

As a body is crushed into a smaller and smaller volume, the gravitational attraction increases, and hence the escape velocity becomes larger. Eventually a point is reached when even light cannot travel fast enough to escape - this is the 'black hole'.

Black holes were predicted by Einstein's theory of general relativity. A scientist called Karl Schwarzschild provided one of the earliest solutions to Einstein's equations.

According to Schwarzschild's solution, a gravitating object will collapse into a black hole if its radius is smaller than a particular distance, known as the 'Schwarzschild radius'. This radius is calculated by finding the mass of the star before collapse and the radius it would collapse to.

Our Sun will ultimately shrink

For an object with the mass of our Sun, the Schwarzschild radius is approximately three kilometres, much smaller than the Sun's current radius of about 700 000 kilometres. It is also significantly smaller than the radius to which the Sun will ultimately shrink after exhausting its nuclear fuel, which is several thousand kilometres. Only more-massive stars can collapse into black holes at the end of their lifetimes.

Once a star of a certain mass shrinks below its Schwarzschild radius, everything, including light, collapses into the centre of the object and the gravitational attraction is so large that surrounding objects will begin to be sucked into the newly-formed black hole.

Astronomical observations suggest that the centres of most galaxies, including our own Milky Way, contain 'supermassive' black holes. Black holes are the leading candidates for the source of gamma-ray bursts, being studied by ESA's Integral mission.