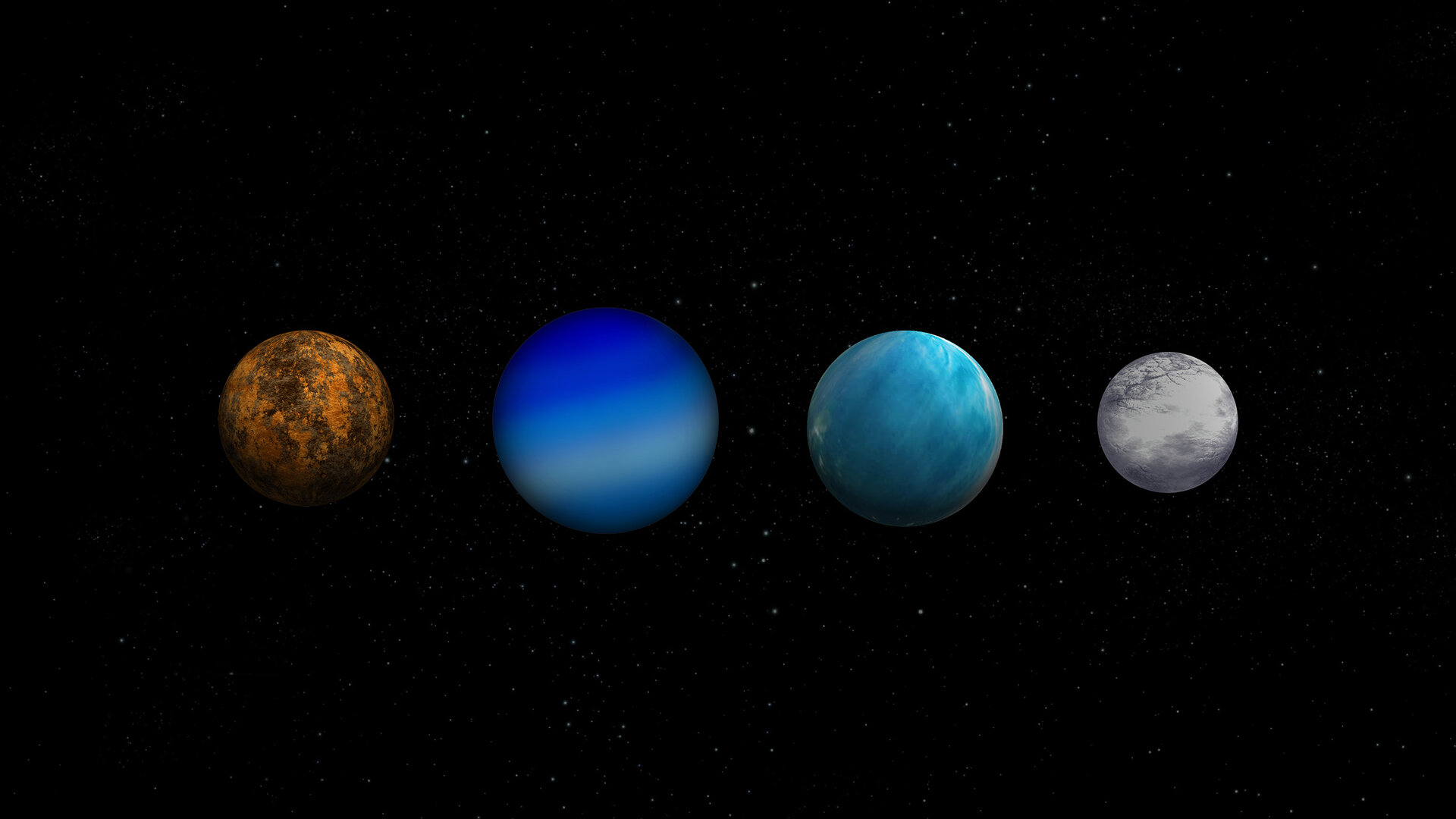 Discovering an exoplanet is just the beginning. Cheops – ESA’s Characterising Exoplanet Satellite – will characterise some of these alien worlds. It will observe bright, nearby stars that are already known to host exoplanets, focusing particularly on those with  Earth- to Neptune-sized planets.

Previous observations have shown that most Sun-like stars host planets, with a very wide range of sizes, masses and orbital parameters, and that small planets are surprisingly ubiquitous: around half of Sun-like stars host at least one planet of a size between that of Earth and Neptune. The large number of small planets orbiting close to their star was not predicted by planet formation theories and this provides a focus for Cheops.

Cheops makes use of the technique of ‘ultra-high-precision transit photometry’ to measure very precisely the sizes of exoplanets. The size of the dip in the light due to the exoplanet transit is known as the ‘depth’ of the transit, and relates directly to the size of the planet relative to the star: a large planet will block a larger fraction of the light from the star than would a small one. The small planet transits that Cheops will observe mean that it is necessary to measure the variations in the brightness of the star’s light over a transit to the level of a few tens of parts per million (ppm).

The exquisite precision of Cheops, together with the stability with which the telescope will be able to measure the transit depths, will enable astronomers to determine the planet sizes both accurately and precisely.

Furthermore, by knowing when and where to point in order to catch transits, Cheops will maximise the time it spends monitoring actual transit events. It will point at stars over most of the sky, focusing on exoplanets with orbital periods of around 50 days or less, so it can return to observe multiple transits over the course of the mission, thus building up the accuracy of measurement of planet sizes.

Cheops will be able to take frequent measurements – up to one per minute – making it possible to characterise the light curves in detail. Importantly, this includes detailed measurements of the beginning and end periods of the transit as the planet starts and ends its crossing of the star, which provides key information such as the inclination of the orbit and exact timing of the transit.

For a planet for which we already have a mass measurement, combining this with the size of the planet derived from the Cheops data will make it possible to determine the density of the planet, giving us vital clues about its composition and structure, indicating for example if it is predominantly rocky or gassy, or perhaps harbours significant oceans. Cheops will also be able to identify whether a planet has a significant atmosphere. This first-step characterisation of these worlds – many with no Solar System equivalents – is a critical step towards understanding the formation, origin and evolution of these small exoplanets.

For some planets it will also be possible to detect changes in starlight reflected by the planet as it orbits its host star, in a similar manner to how we experience the phases of the Moon. The resulting phase curves – measurements of the changing brightness of the star as the exoplanet moves around its orbit – provide insight into the physical processes that drive the transport of heat from the hot day side to the cooler night side. Analysis of the phase curves also reveals details of the planet’s atmosphere, including the presence of clouds, and possibly even hints of the cloud composition.
The precision with which Cheops can measure the light from stars will allow scientists to monitor their activity.

New planets and exomoons?
While it is primarily a follow-up mission to make a first-step characterisation of known planets, Cheops has the capability to discover previously unknown planets by measuring tiny variations in the timing of the transit of a known planet, which can reveal the presence of other planets in the
system. Thanks to the very high precision with which Cheops can measure the light from a star, there is the potential to find small planets orbiting close to their star that may have been missed in previous observations due to their shallow transit depths.

Transit photometry can also be used to search for moons orbiting transiting planets, and even asteroids or planetary rings that transit in front of their host star. In October 2018, the Hubble Space Telescope team announced the strongest evidence yet for the presence of an exomoon, none having been discovered earlier despite an extensive search using Kepler. Will Cheops detect more?