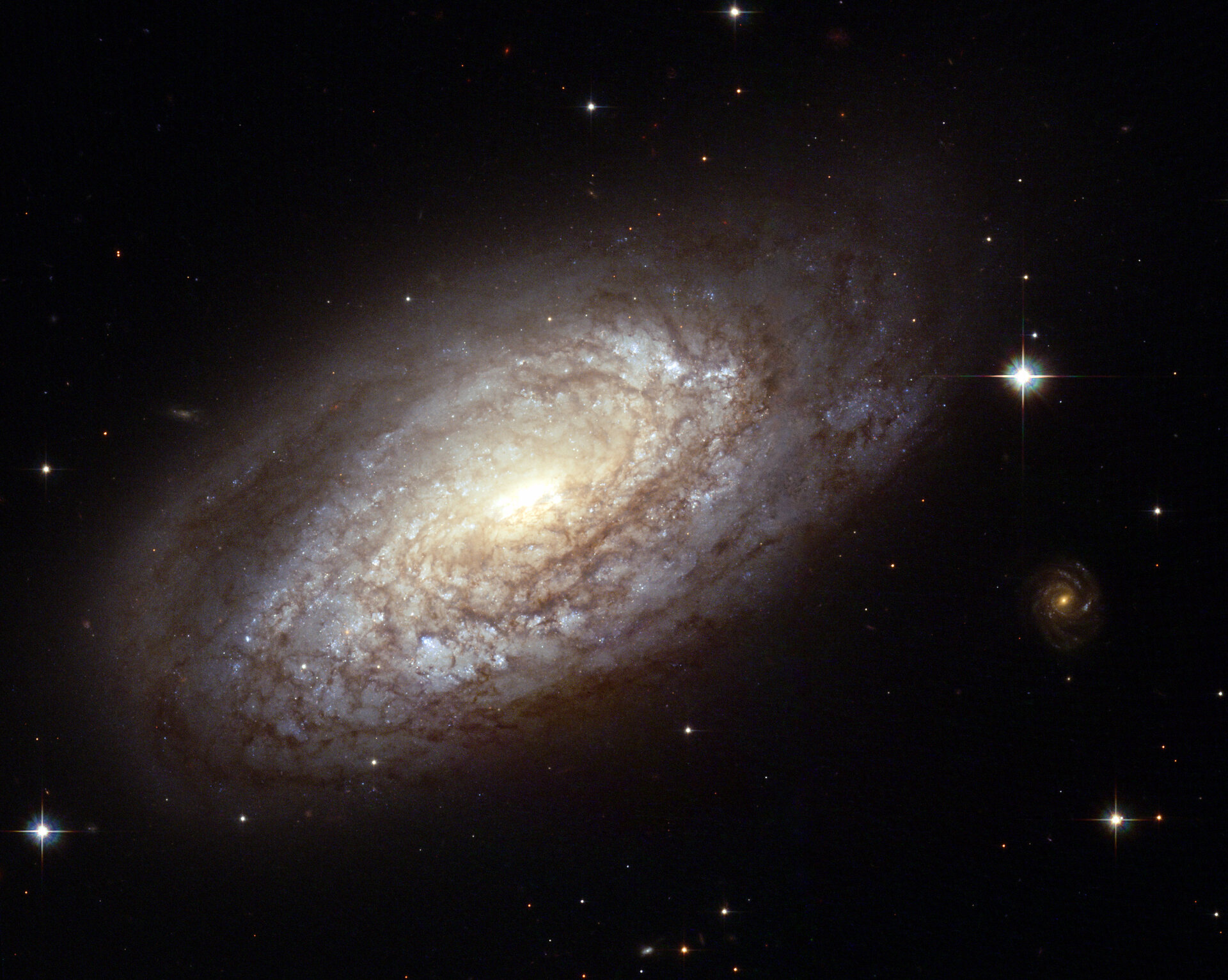 The latest image from the NASA/ESA Hubble Space Telescope reveals a sharp view of the spiral galaxy NGC 2397. It shows a rare Hubble view of the early stages of supernova SN 2006bc, discovered in March 2006.

NGC 2397 is a classic spiral galaxy with long, prominent dust lanes along the edges of its arms, seen as dark patches and streaks silhouetted against the starlight. Hubble’s exquisite resolution allows the study of individual stars in nearby galaxies.

Located nearly 60 million light-years away from Earth, NGC 2397 is typical of most spirals, with mostly older, yellow and red stars in its central portion, while star formation continues in the outer, bluer spiral arms. The brightest of these young, blue stars can be seen individually in this high-resolution view from Hubble’s Advanced Camera for Surveys (ACS).

One atypical feature of this Hubble image is the view of supernova SN 2006bc taken when its brightness was on the decrease. Astronomers at Queen's University Belfast in Northern Ireland, led by Professor of Astronomy Stephen J. Smartt, requested the image as part of a long project studying massive exploding stars — supernovae. Exactly which types of stars will explode and the lowest mass of star that can produce a supernova are not known.

When a supernova is discovered in a nearby galaxy, the group begins a painstaking search of earlier Hubble images of the same galaxy to locate the star that exploded later; often one of hundreds of millions of stars in the galaxy. This is a little like sifting through days of CCTV footage to find one frame showing a suspect.

If the astronomers find a star at the location of the later explosion, they may work out the mass and type of star from its brightness and colour. Only six such stars have been identified before they exploded and Smartt’s team have discovered the nature of five of them.

In their latest work on Hubble images, to be presented at the UK National Astronomy Meeting 2008 in Belfast, the team reveals the results of their ten-year search for these elusive supernova precursor stars. It seems that stars with masses as low as seven times the mass of the Sun can explode as supernovae. The team have not found any very massive stars that exploded, suggesting that the most massive stars may collapse to form black holes either without producing a supernova or by producing one that is too faint to observe. This intriguing possibility will be discussed at the meeting.

A public lecture at Queen's University Belfast showing how the Hubble Space Telescope has built a bridge between science and art will coincide with a presentation of the latest scientific study of Hubble galaxy images by astronomers at the university. The images were obtained on 14 October 2006 with Hubble's Advanced Camera for Surveys (ACS) with three different colour filters (blue, green and near-infrared).