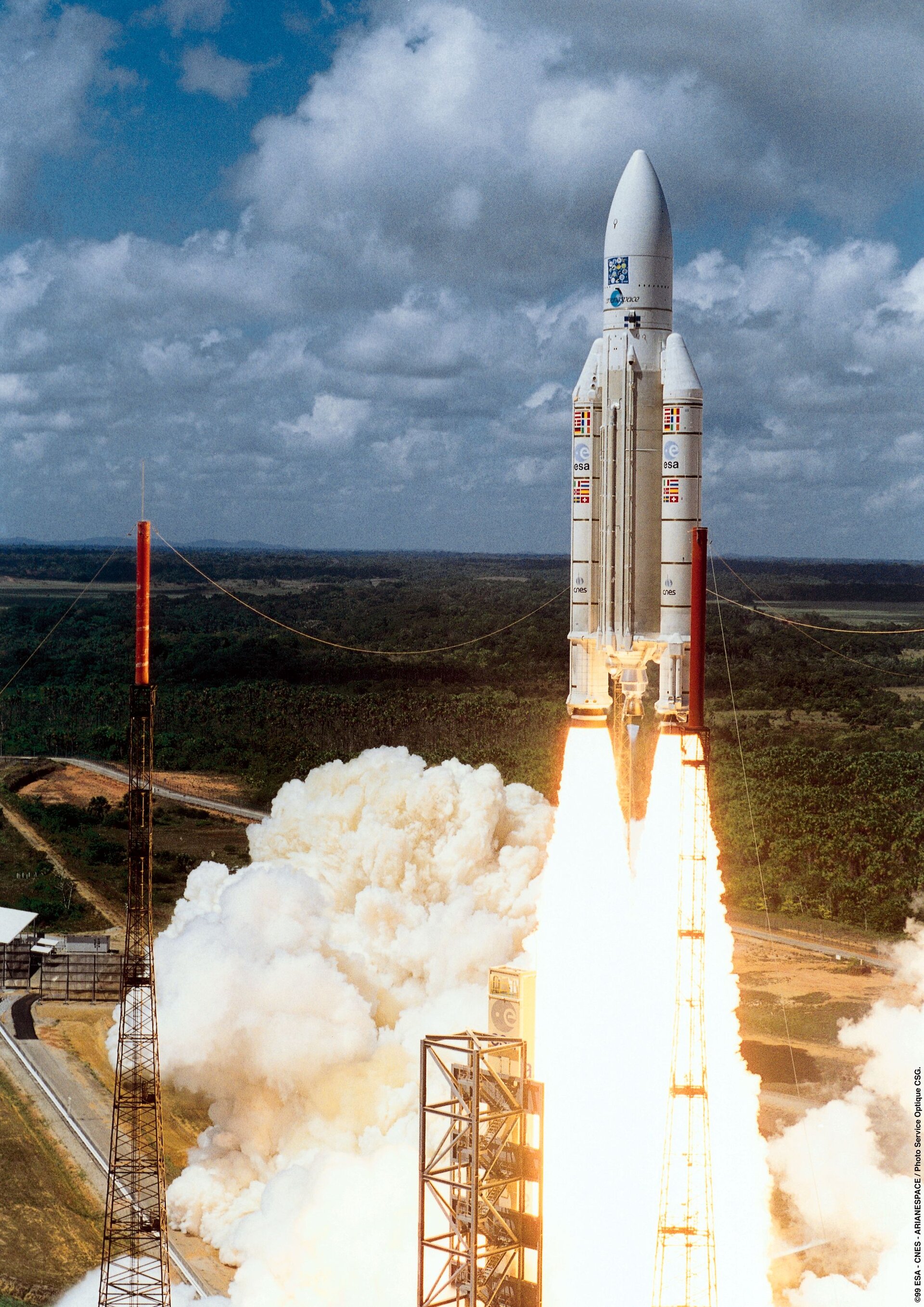 Space is one of the most extreme environments imaginable. Above the insulating atmosphere of the Earth, spacecraft are subjected to extremes of temperature, both hot and cold, and a significantly increased threat of radiation damage.

The first extreme condition a spacecraft has to deal with is that of launch. The rocket that places the spacecraft into orbit will also shake it violently and batter it with extremely loud sound waves.

Either of these phenomena can shatter delicate pieces of equipment and so engineers always build a thermal and structural model of the spacecraft and test it. They simulate the conditions of launch using the vibration table and acoustic chamber at ESA's European Space Technology Centre (ESTEC) in The Netherlands.

Although there is no air in space, energy is carried by radiation, usually coming from the Sun, that causes heating when it is absorbed by spacecraft, planets or other celestial bodies.

Depending on where in space they intend a vehicle to operate, engineers build in either cooling systems or insulators.

However, in the case of ESA's comet-chaser Rosetta, the spacecraft must first venture into the heat of the inner Solar System, before heading away into the freezing outer Solar System.

Engineers designed a system of 'louvres' that fit over the spacecraft's radiator panels. When Rosetta is in the inner Solar System, the louvres swing open, allowing the radiators to expel excess heat into space.

Later, in the outer Solar System, the louvres shut, helping to retain heat inside. Ensuring that integrated circuits and computers can work in the radiation environment of space requires the shielding of sensitive electronic equipment.

Radiation in space can be split into 'trapped' and 'transient' types. The trapped particles are the subatomic particles, mainly protons and electrons, trapped by Earth's magnetic field which creates the so-called Van Allen radiation belts around our planet.

The Cluster quartet of spacecraft are designed to work in and investigate this region of space.

The transient radiation is mainly composed of protons and cosmic rays that constantly stream through space and are enhanced during the magnetic storms on the Sun known as 'solar flares'.

When this radiation collides with electronic circuits, they can change the contents of memory cells, cause spurious currents to flow around the craft or even burn out computer chips.

Building integrated circuits that resist the effects of radiation is known as 'space hardening'. Usually this involves redesigning the chips so that they are shielded in some way from the harmful radiation. Another approach is to detect the errors produced by space radiation and correct them.

Meteor showers can also damage spacecraft. The little dust particles that cause us to see 'shooting stars' travel through space at several kilometres per second and can have the effect of 'sand blasting' large arrays of vital solar panels.

During a storm of the Leonids, for example, scientists made the Hubble Space Telescope turn so that its solar panels presented the smallest surface area to the incoming meteors.