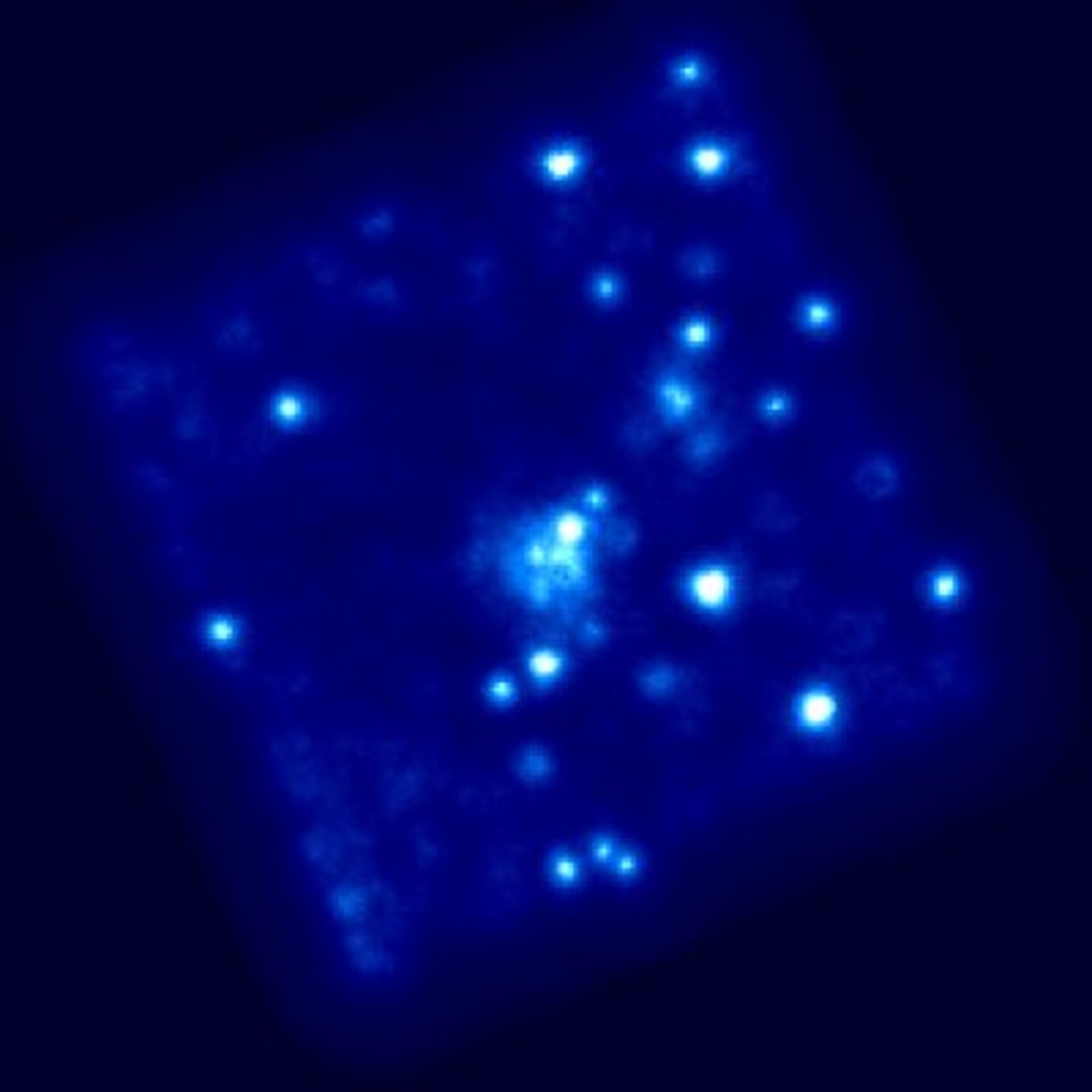 The Universe is thought to consist of three types of substance: normal matter, ‘dark matter’ and ‘dark energy’.

Normal matter consists of the atoms that make up stars, planets, human beings and every other visible object in the Universe.

As humbling as it sounds, normal matter almost certainly accounts for the smallest proportion of the Universe, somewhere between 1% and 10%.

In the currently popular model of the Universe, 70% is thought to be dark energy, 25% dark matter and 5% normal matter. But ESA’s X-ray observatory, XMM-Newton, has returned new data about this content. XMM-Newton has found puzzling differences between today’s clusters of galaxies and those in the Universe around seven thousand million years ago.

Some scientists interpret this to mean that the ‘dark energy’ which most astronomers now believe dominates the Universe simply does not exist.

Theoretically, in a Universe where the density of matter is high, clusters of galaxies would continue to grow and so, on average, should contain more mass now than in the past.

Most astronomers believe that we live in a low-density Universe in which a mysterious substance known as ‘dark energy’ accounts for 70% of its content, and therefore, pervades everything.

In this scenario, clusters of galaxies should stop growing early in the history of the Universe and look virtually indistinguishable from those of today.

Astronomers using ESA’s XMM-Newton have shown that clusters of galaxies in the distant Universe are not like those of today. They seem to give out more X-rays than expected.

These clusters of galaxies have changed their appearance with time, and calculations also show that in the past there were fewer galaxy clusters.

This indicates that the Universe must be a high-density environment, contradicting current ideas. This conclusion is highly controversial, because to account for these results you have to have a lot of matter in the Universe and that leaves little room for dark energy.

XMM-Newton has given astronomers a new insight into the Universe and a new mystery to puzzle over. These results are being confirmed by other X-ray observations and, if these return the same answer, we might have to rethink our understanding of the Universe.