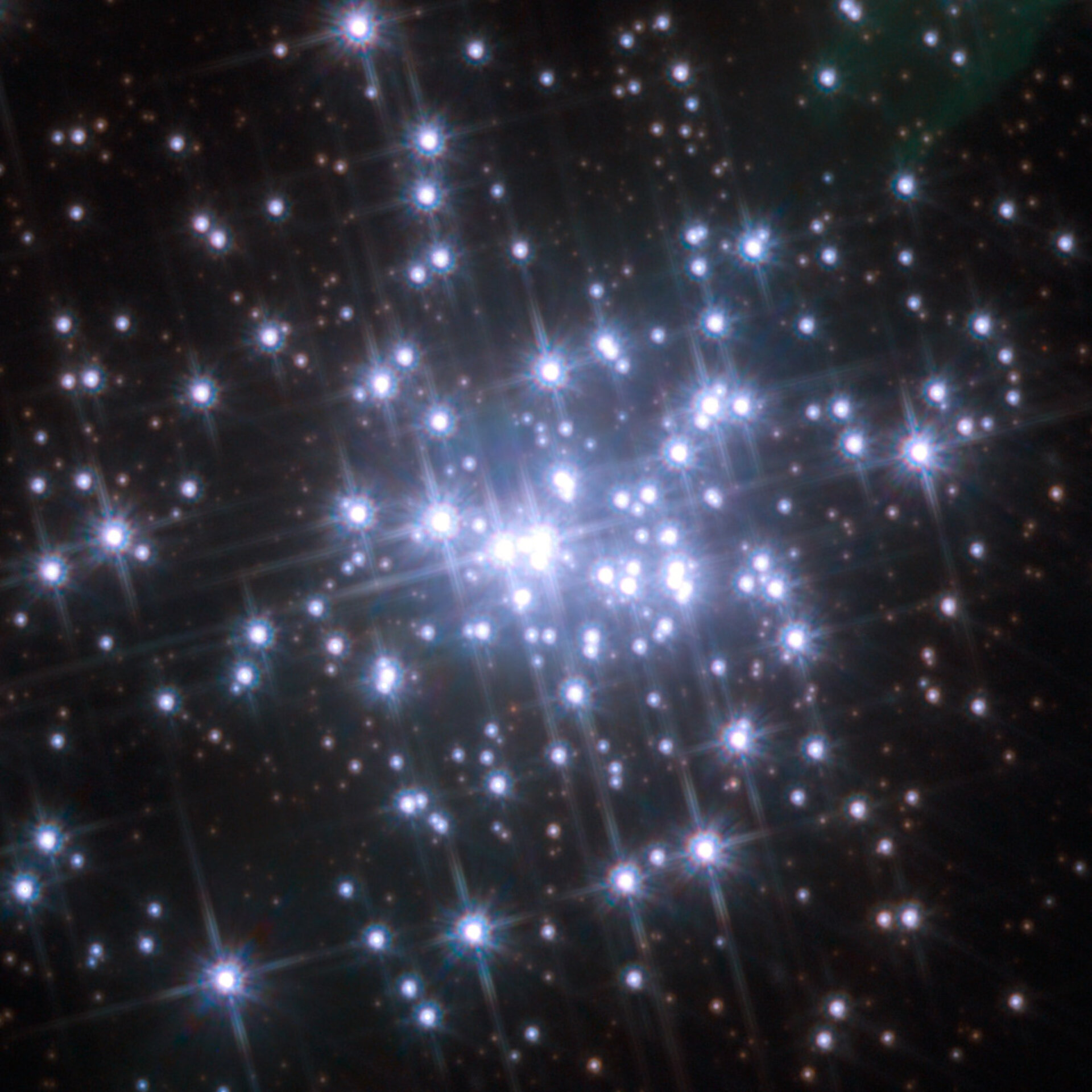 There are surprising signs of unrest in a massive cluster of stars. By comparing observations made ten years apart of the nebula NGC 3603, astronomers have for the first time measured the tiny motions of several hundred young stars.

The stars are moving in ways that are at odds with our understanding of how such clusters evolve, showing that the stars in the cluster have not ‘settled down’ as expected.

With a mass of more than 10 000 Suns packed into a volume a mere three light-years across, the dense young cluster is one of the most compact in the Milky Way and an ideal place to test theories of their formation.

The cluster, formally known as the NGC 3603 Young Cluster, is some 20 000 light-years from the Sun, which makes these measurements extraordinarily difficult. It is necessary to compare images taken years apart. The telescope and camera must give very sharp images and be extremely stable over long periods.

A team of astronomers from the Max-Planck Institute for Astronomy in Heidelberg and the University of Cologne, led by Wolfgang Brandner (MPIA), realised that the exquisite image quality of the NASA/ESA Hubble Space Telescope made it perfect for the job.

They found good data in the archives from a July 1997 observing run with the Wide Field Planetary Camera 2, and then made their own follow-up observations in September 2007, using the same camera and the same set of filters.

It then took the team two years to extract reliable estimates for the motions of stars. “This is the first time we have been able to measure precise motions in such a compact young star cluster,” says Dr Brandner.

They measured the precise speeds of more than 700 cluster stars of different masses and surface temperatures. “Our measurements have a precision of 27 millionths of an arcsecond per year. This tiny angle corresponds to the apparent thickness of a human hair seen from a distance of 800 km,” says Boyke Rochau, MPIA, the paper’s lead author, who performed this analysis as part of his PhD work.

The results were surprising: this massive star cluster has not yet settled down. The stars’ velocities are independent of their mass and thus still reflect the conditions from when the cluster formed, about a million years ago.

Stars are born when a gigantic cloud of gas and dust collapses. In cases such as the star-forming region NGC 3603, where the cloud is unusually massive and compact, the process is particularly quick and intense. Most of the cloud’s matter ends up concentrated inside hot young stars and the cluster keeps much of its initial gravitational attraction.

In the long term, such massive compact star clusters may lead to the development of the huge balls of stars known as globular clusters, whose tightly packed stars remain held together by gravity for billions of years.