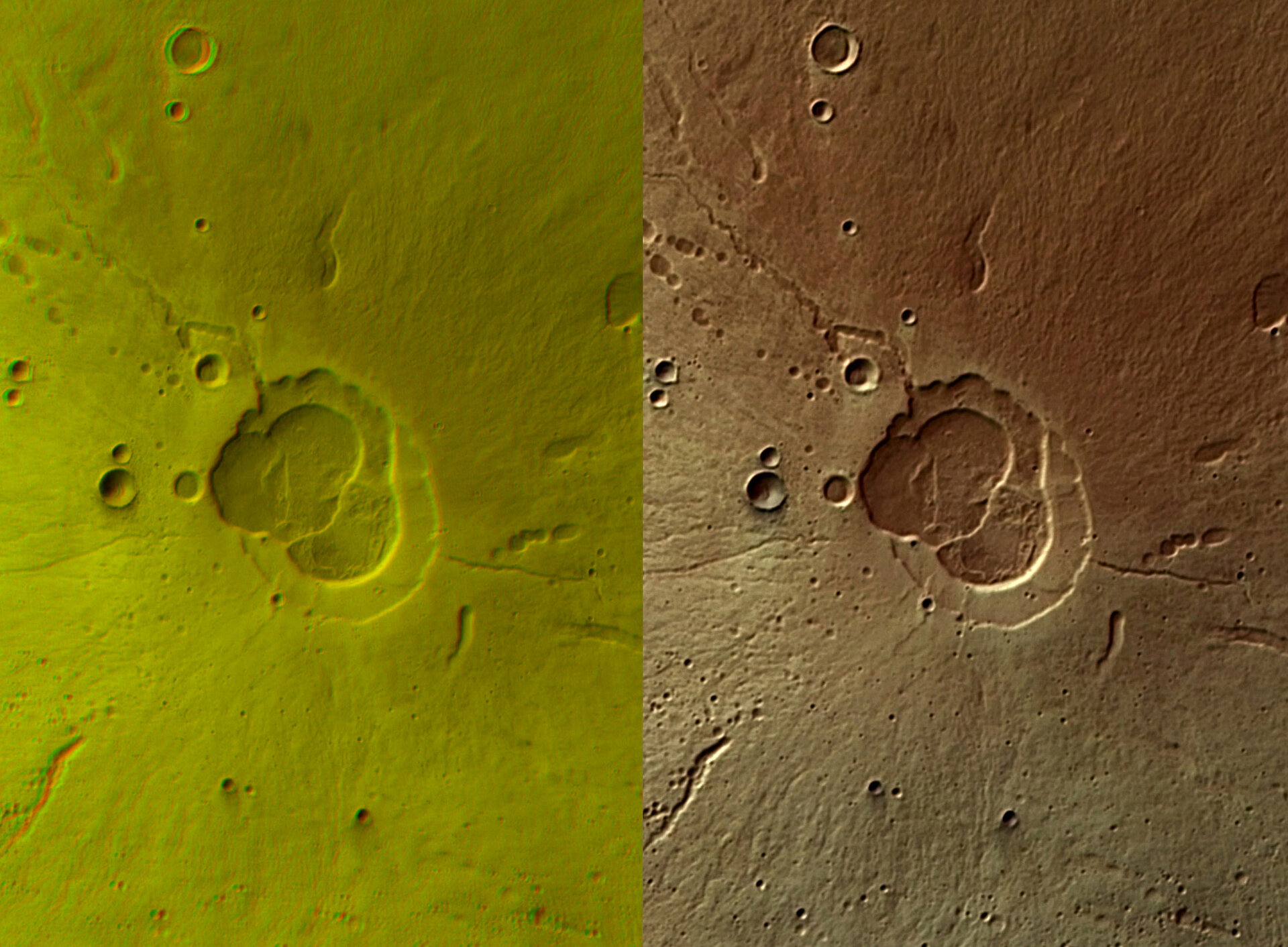 Hecates Tholus volcano as seen by the High Resolution Stereo Camera (HRSC) on Mars Express during orbit 32 from an altitude of 275 km. The 3D image on the left requires stereoscopic (red/green) glasses to view.

The colour image (with north at the top) shows the summit caldera of Hecates Tholus, the northernmost volcano of the Elysium volcano group. The volcano reveals multiple caldera collapses. On the flanks of Hecates Tholus, several flow features related to water (lines radiating outwards) and pit chains related to lava can be observed. The volcano has an elevation of 5300 m, the caldera has a diameter of maximum 10 km and a depth of 600 m. The image centre is located at 150° East and 31.7° North.

In this anaglyph version the image has been rotated by 90 degrees to obtain the true 3D effect. To see the 3D images, you need stereoscopic glasses, readily available in photographic and computer-gaming shops, or via the internet. Be sure to look at your PC screen at arm’s length to appreciate the full three-dimensional effect.