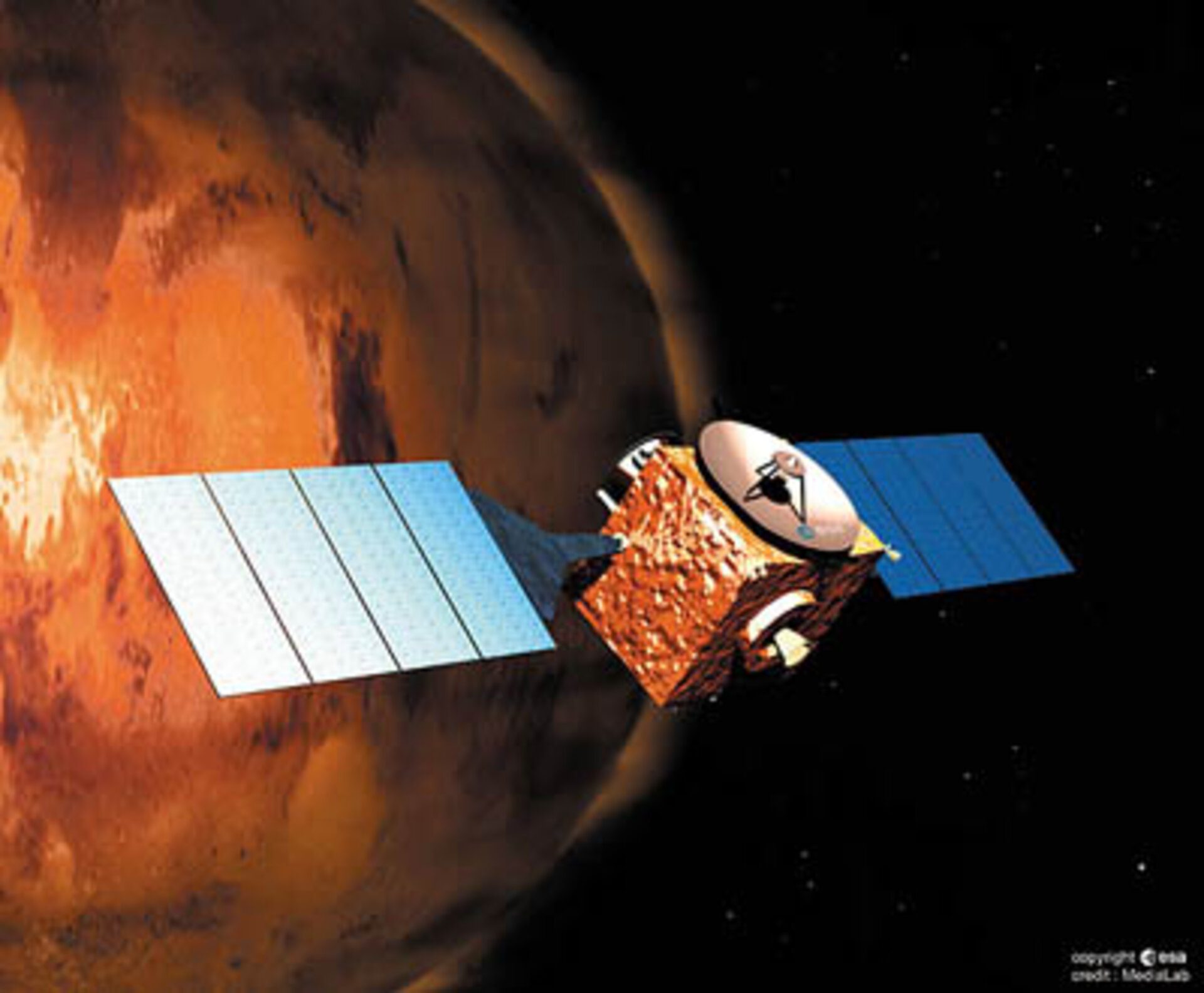 Mars Express, the first European spacecraft to visit the planet Mars, has completed its tests at Toulouse, France. After six months extensive thermal environmental, mechanical and electric tests, the spacecraft with the Beagle 2 lander will leave for Baïkonur, Kazakhstan on 19 March 2003 onboard an Antonov 124 aircraft. It will be launched early June 2003 onboard a Russian Soyuz-Fregat rocket.

Mars Express, Europe’s first mission to a planet, was built by Astrium , the prime contractor, with the involvement of more than twenty European companies. Building Mars Express presented a double challenge : designing a highly complex system within tight deadlines (to meet a fixed launch date) as well as being as economical as possible. Mars Express has been built for half the costs of similar, previous missions.

The industrial team responded to the challenge by using off-the-shelf equipment and technology already developed for the Rosetta mission. New ways of project management and more responsibility at the initial stages of the collaboration with the European Space Agency, successfully kept the project within the allocated time limits and budgets.

The spacecraft will benefit from an exceptionally favourable launch window in June 2003 ; at this date, the distance separating the planets Earth and Mars will be minimal, an opportunity only occurring all 17 years. From December 2003, Mars Express will be inserted into an elliptical quasi-polar orbit.

Mars Express will also carry the Beagle 2 lander which will detach from the spacecraft and land on the Martian surface. It will collect and analyse rock and soil samples on the spot.