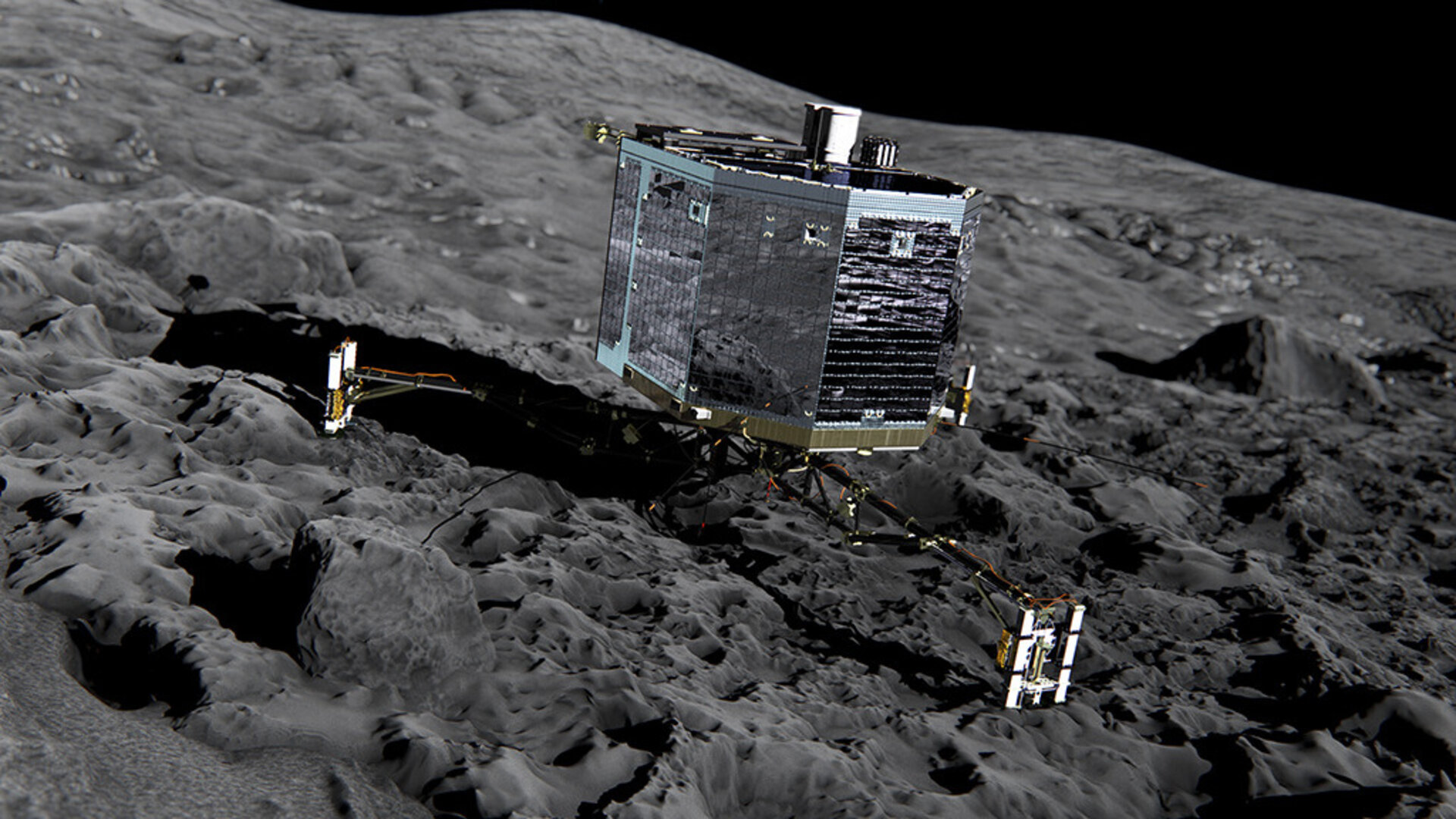 Members of the media are invited to ESA Headquarters in Paris, France, on 15 September for the announcement of the primary landing site for Rosetta’s lander Philae, where in November it will attempt the first soft touchdown in history on a comet.

Rosetta arrived at a distance of 100 km from Comet 67P/Churyumov–Gerasimenko on 6 August, and since then mission scientists and engineers have been carefully studying possible landing sites for Philae.

Five candidate locations were announced on 25 August for further investigation, in order to determine possible orbital and operational strategies for Rosetta to despatch the lander to each of them.
At the same time, Rosetta has moved to within 50 km of the comet, allowing more detailed observations of the proposed sites.

By 14 September, the five candidate sites will have been assessed and ranked, leading to the selection of a primary landing site and a backup. The landing itself is currently scheduled for 11 November.

The final two sites, along with their operational challenges and scientific expectations, will be presented during the briefing.

Rosetta is an ESA mission with contributions from its Member States and NASA. Rosetta’s Philae lander is provided by a consortium led by DLR, MPS, CNES and ASI. Rosetta will be the first mission in history to rendezvous with a comet, escort it as it orbits the Sun, and deploy a lander.