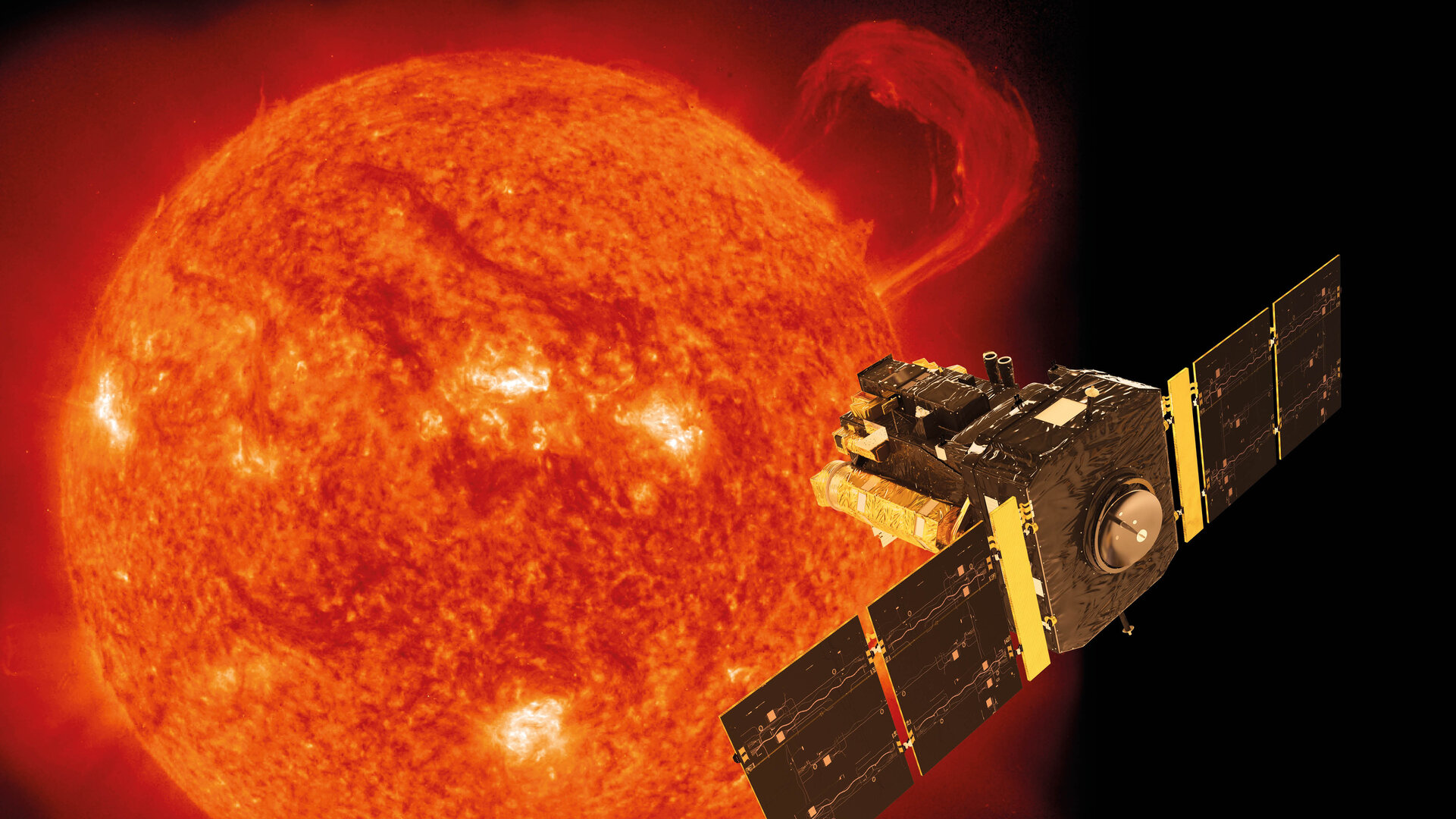 Launched on 2 December 1995, the satellite enjoys an uninterrupted view of our star from some 1.5 million kilometres beyond Earth in the direction of the Sun.

Its numerous mission extensions have allowed it to cover nearly all of two 11-year solar cycles, making it the longest-lived Sun-watching satellite to date.

During its pioneering career it has returned a wealth of new information on the Sun’s deep core through to the hot and dynamic outer atmosphere, the solar wind and solar energetic particles.

Crucially, SOHO is relied upon today to monitor the effect of space weather on our planet, and it plays a vital role in forecasting potentially dangerous solar storms. These storms are typically driven by coronal mass ejections, or CMEs, which propel billions of tonnes of electrified gas from the Sun into space at millions of kilometres per hour.

If Earth lies in the path of a CME our planet can be subjected to major geomagnetic storms, which may damage satellites, disrupt telecommunications, endanger astronauts and cause current surges in power lines.

SOHO has studied more than 20 000 coronal mass ejections to date, pinpointing their sources on the Earth-facing hemisphere of the Sun, and determining their speed and direction to provide up to three days’ warning – sufficient to take action on Earth.

“It helps us to understand CMEs and offers the unique ability to remotely sense the region of space that connects our star to our planet and to the Solar System.”

In addition to investigating how the Sun works, SOHO is the most prolific discoverer of comets in astronomical history, with the destinies of more than 3000 tracked as these icy worlds endured fiery encounters with the Sun.

“I feel very fortunate to have worked on this fantastic mission for over 20 years, as part of a team of incredibly talented and dedicated engineers and scientists working in industry, NASA, ESA and at research labs and universities around the world,” adds Bernhard.

“I tip my hat to all the engineers and scientists who designed and built this durable spacecraft and superb instruments, and to my colleagues who have operated them over all these years, analysed the data and taught us all the new science we learned from the measurements.

“We have had a fantastic ride, but it certainly isn’t over yet.”