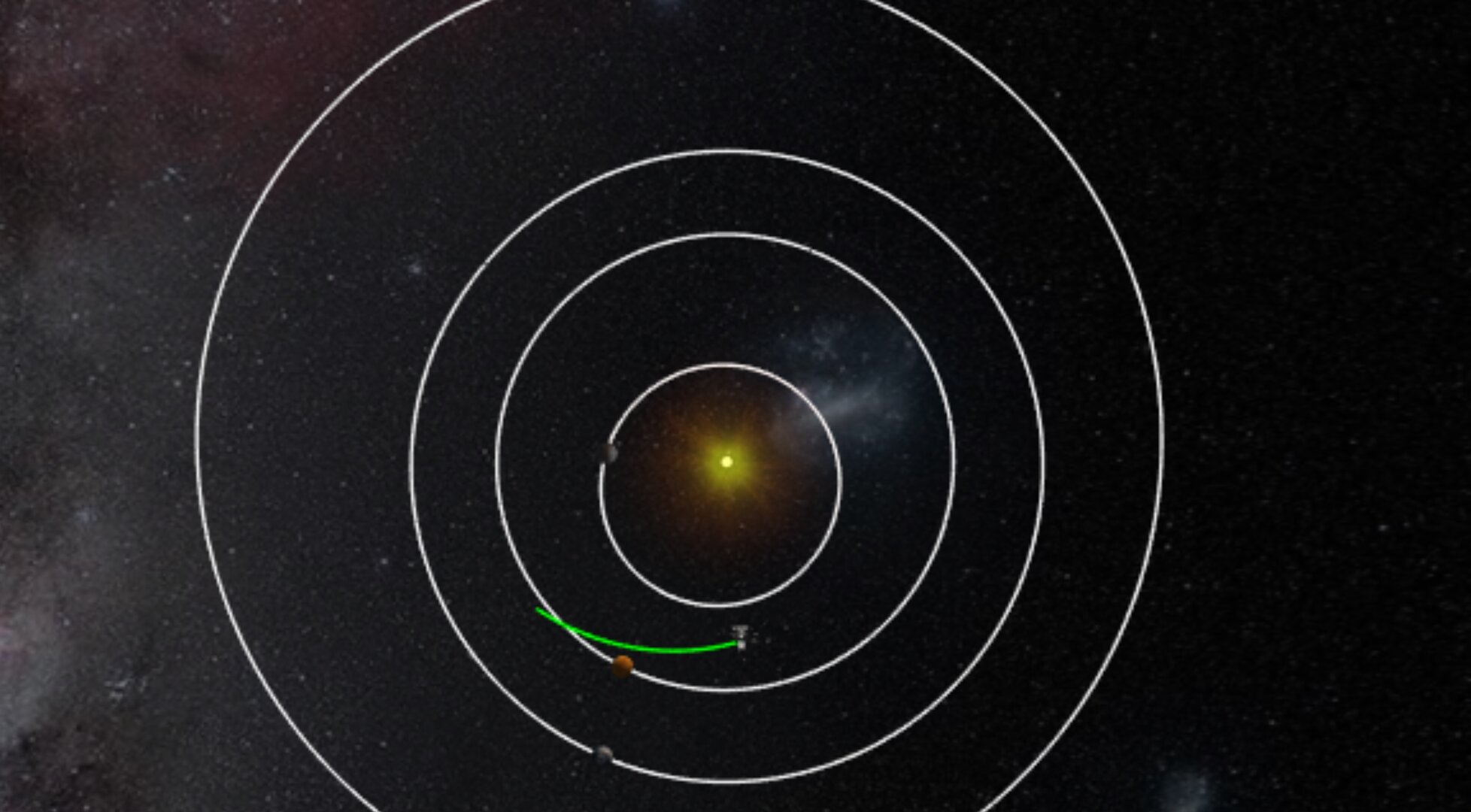 ESA’s Sun-exploring mission Solar Orbiter will take the closest ever images of the surface of our parent star. During its 21-month cruise, the spacecraft will take advantage of the gravity of Earth and Venus to place itself into the correct orbit around the Sun. Solar Orbiter’s elliptical science orbit, with a closest point at 42 million km from the star’s surface, will take the spacecraft within the orbit of the planet Mercury.

During its operations, Solar Orbiter will remain in sync with Venus. Using Venus' gravity will help the operators to get closer to the Sun and gradually tilt the spacecraft’s orbit in order to look at the Sun’s surface from higher latitudes. Thanks to these manoeuvres, scientists will be able for the first time to get a good view of the Sun’s poles, which play an important role in the generation of its magnetic field.

The interactive ‘Where is Solar Orbiter’ tool below allows you to explore the mission’s trajectory including the gravity-assist flybys and follow the position of the spacecraft every single day of its journey.