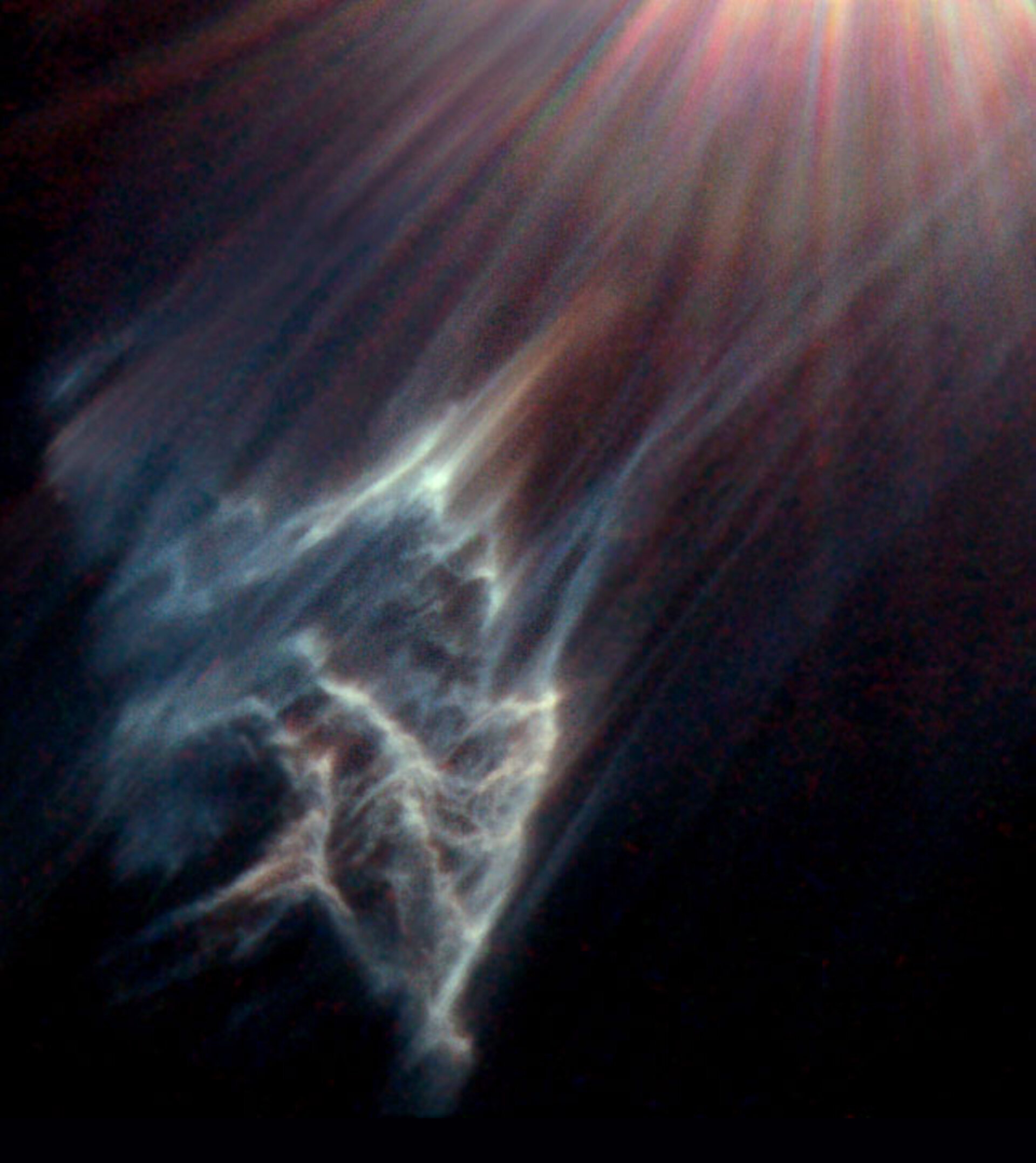 Merope, a star from the Pleiades star cluster, passed through a dark interstellar gas cloud and caused these ripple-like features, now illuminated by the star's own light.

This image shows the interstellar cloud, or nebula, which was ravaged by the passage of Merope, one of the brightest stars in the Pleiades star cluster. Just as a torch beam bounces off the wall of a cave, the star's light is reflected off the surface of the pitch-black clouds of cold gas laced with dust.

As the nebula passes Merope, the strong starlight shining on the dust decelerates the dust particles. The nebula is drifting through the cluster at a relative speed of roughly 11 kilometres per second.

This photograph was taken by the NASA/ESA Hubble Space Telescope.