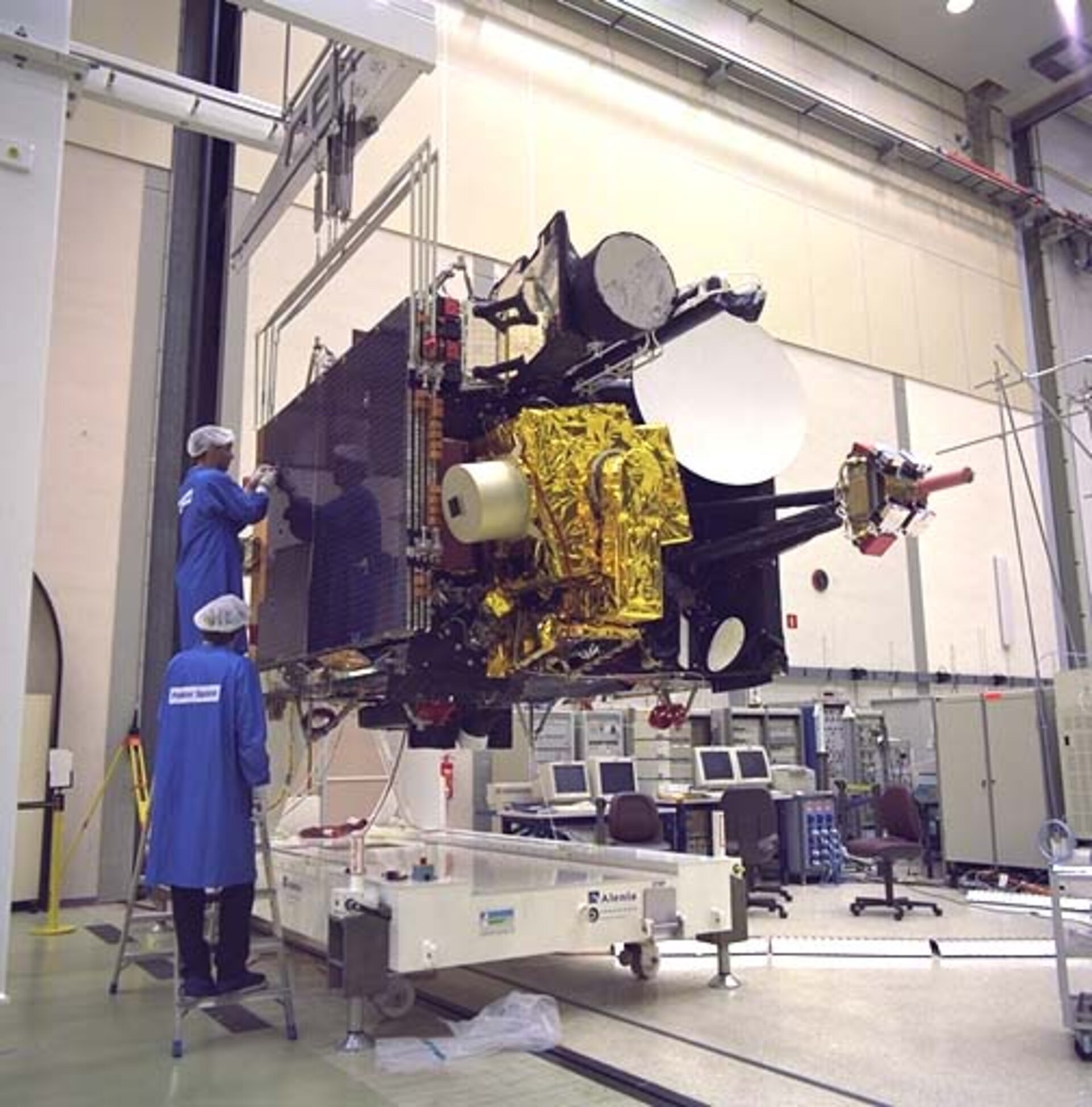 Deployment test of one of the two solar wings on Artemis in a cleanroom of the ESTEC Test Centre. Artemis (Advanced Relay and Technology Mission Satellite) is planned for launch in early 2000 on Japan's H2A vehicle to demonstrate new telecommunications techniques. The L-band payload will allow 2-way communications between fixed Earth stations and land mobiles (trucks, trains and cars) in Europe and North Africa. Two payloads will provide communications directly between satellites, receiving data from low Earth-orbiting satellites and relaying them to Europe [Image Date: 1998/11] [98.12.012-011]