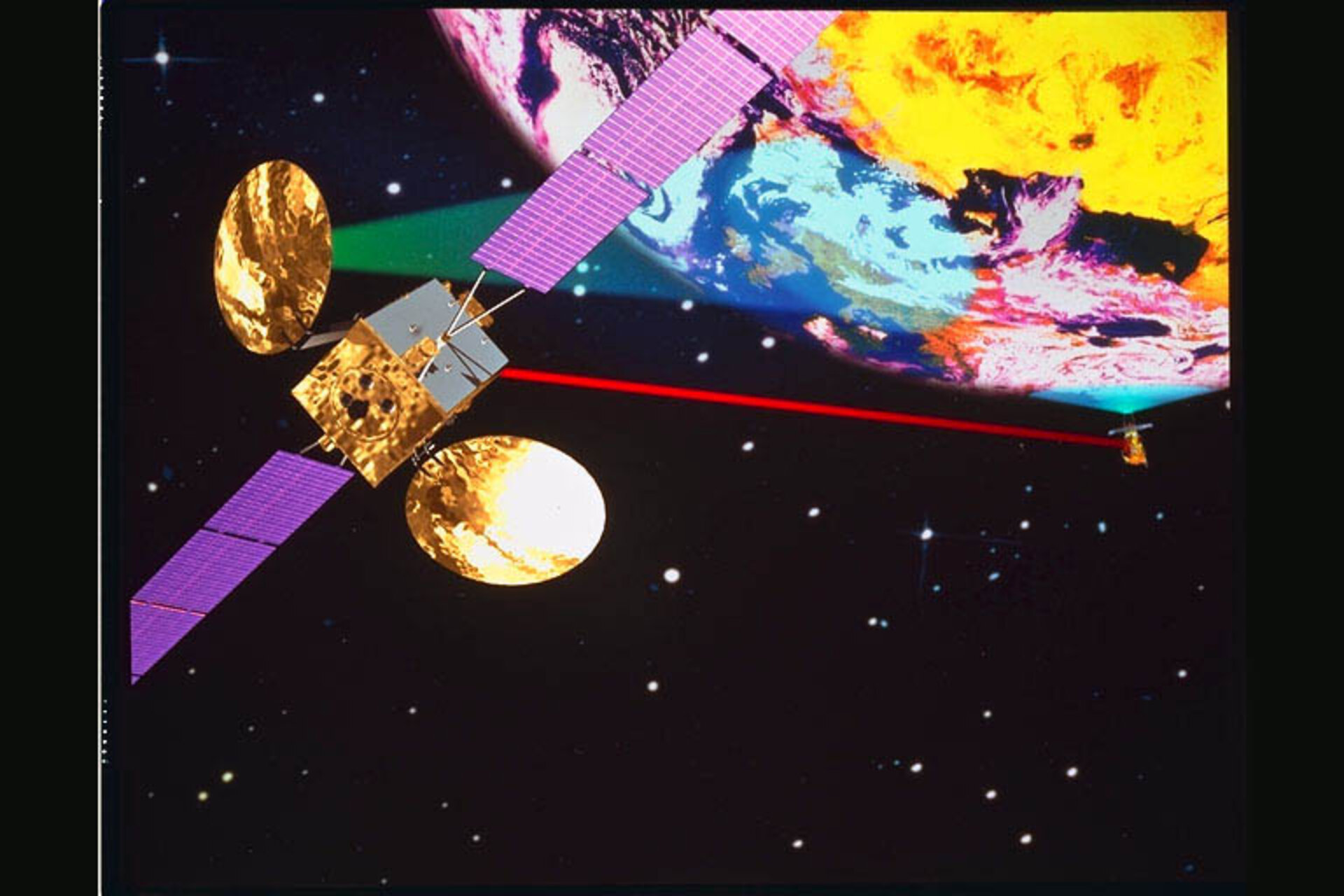 Artemis (Advanced Relay and Technology Mission Satellite) will demonstrate new telecommunications techniques. The L-band mobile payload will allow two-way communications, via satellite, between fixed Earth stations and land mobiles anywhere in Europe and North Africa. In parallel, ESA is exploring advanced technology to transmit data directly from one satellite to another, both conventionally (using radio waves) and in a revolutionary new way using laser beams. Artemis will carry two payloads for communications directly between satellites, which will receive data from low Earth orbit satellites and transmit them directly to Europe [Image Date: 27-09-94] [94.09.027-003]