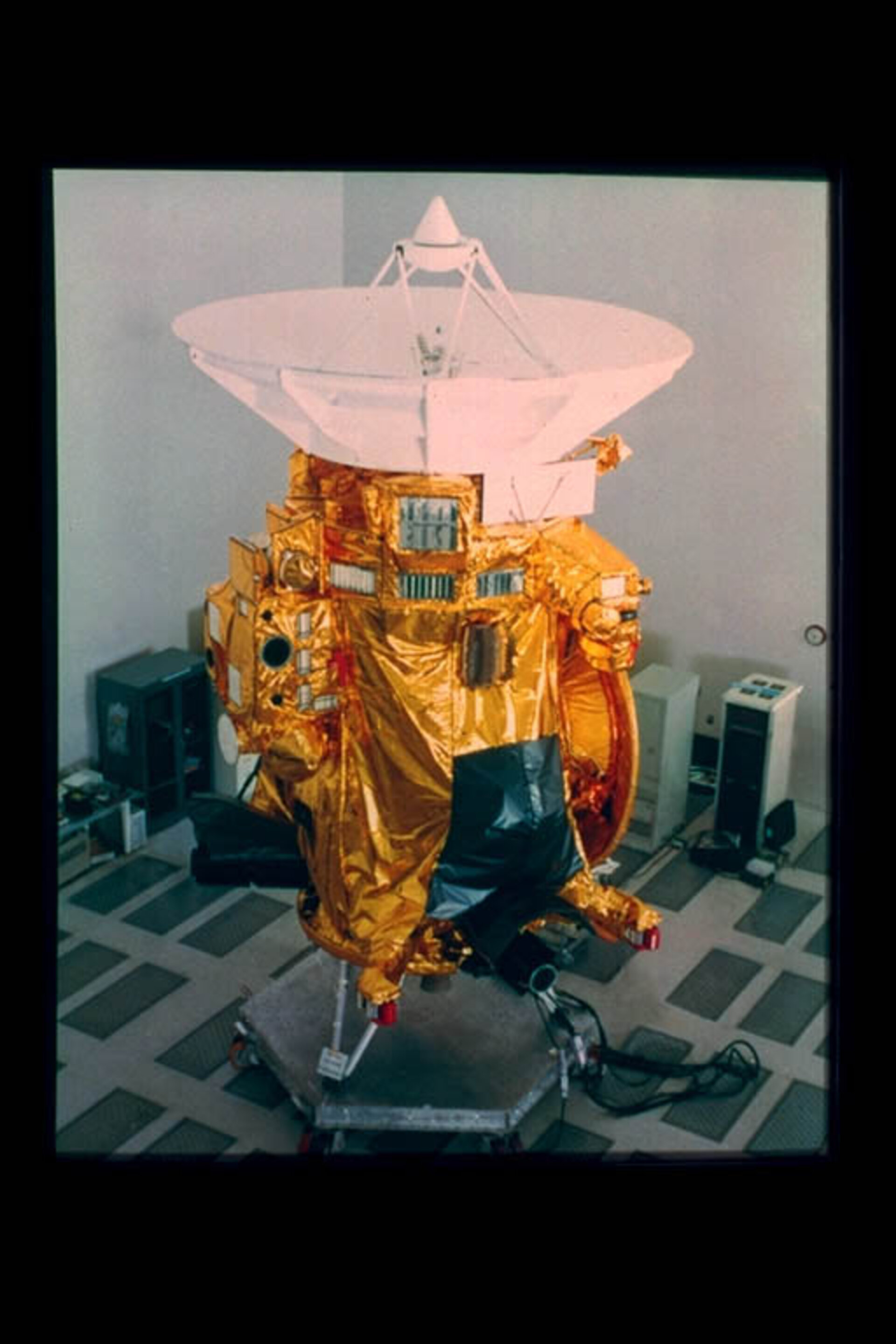 Cassini ready for shipment to the launch site

Cassini ready for shipment. The Cassini Orbiter, after testing at Jet Propulsion Laboratory (JPL) was completed, was ready for shipment to NASA's Kennedy Space Center (KSC) in May 1997 for launch preparation. Gold-coated Multi-Layer Insulation (MLI) blankets cover the entire spacecraft, with openings for experiment fields of view and thermal louvres to control the heat loss from the electrical equipment bays behind. In its normal orientation during the 6-year cruise, the white-painted, carbon-fibre High Gain Antenna (HGA) will shadow the entire spacecraft from direct solar radiation. The rear side of the Huygens Probe can be seen on the far right side, and two of the three Radio Isotope Thermal Generators (RTG) can be seen (black) at the lower part on the left and front side. The Huygens Probe seen here is the Structural, Thermal & Pyro Model (STPM), which was not shipped to JPL. The Orbiter and Huygens Probe Flight Model met for the first time at KSC. [Image Date: 01-07-97] [97.07.002-004]