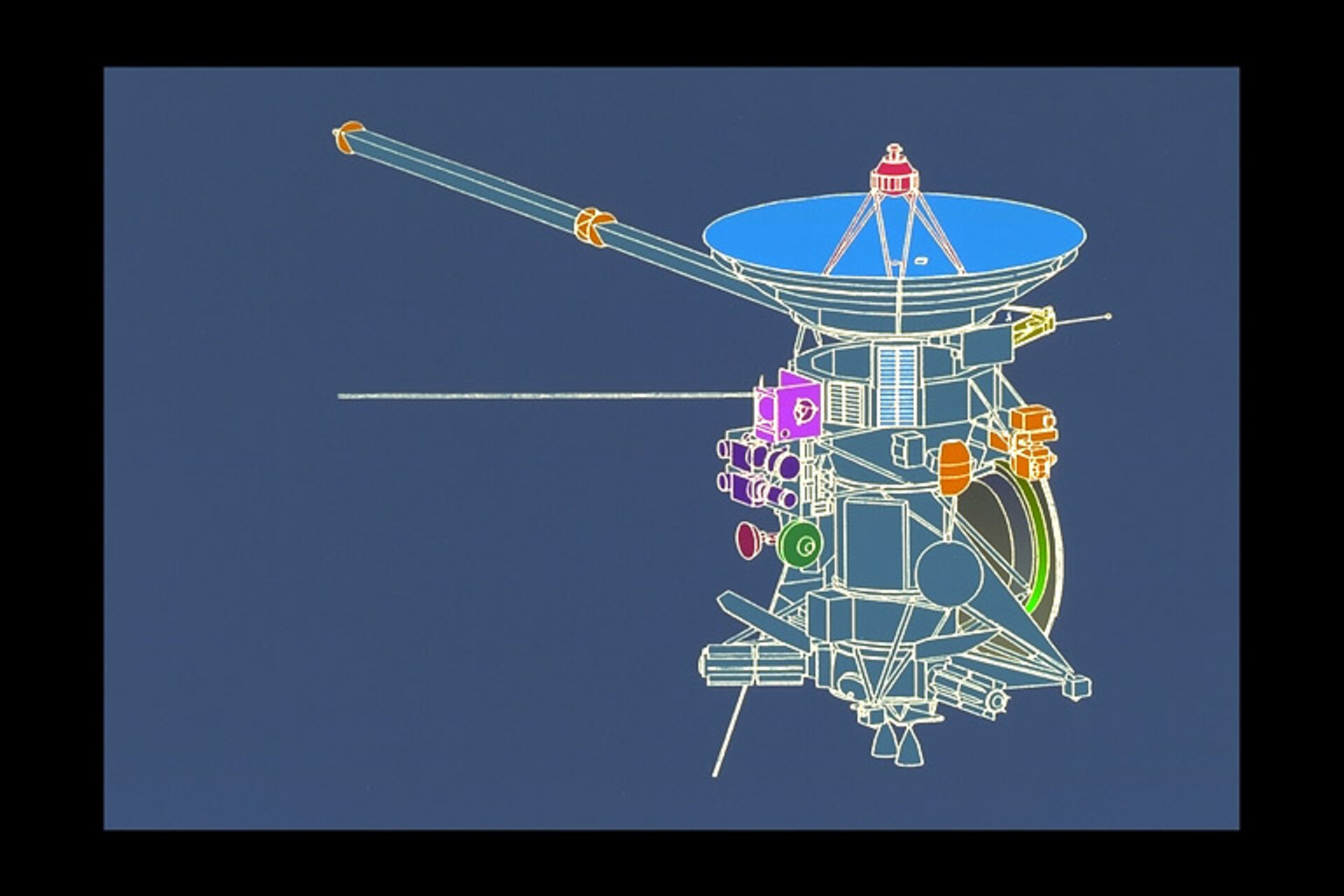 The Huygens Probe is shown (far side) in its mounted configuration on the Cassini spacecraft, as it will be during the launch and 7-year cruise to Saturn. The large High Gain Antenna dominates the upper spacecraft and during cruise shades the Probe from direct solar illumination. During the Probe's descent to Titan's surface, however, the antenna is pointed to the predicted landing site to collect Huygens' data for onboard storage. Cassini is then re-oriented to its 'normal' attitude and communications re-established with Earth to transmit the recorded data. [Image Date: 01-01-97] [97.06.001-003]