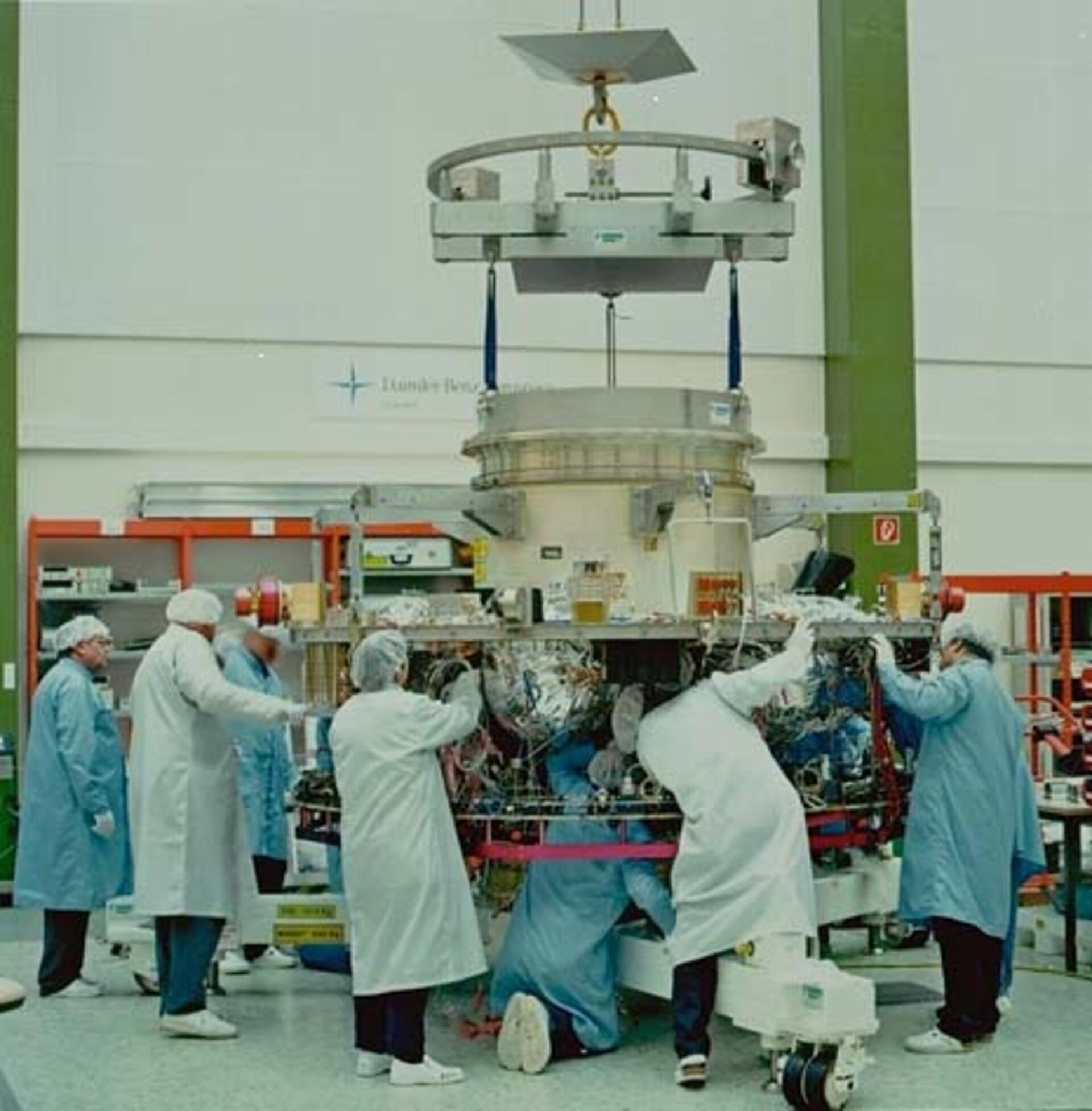 The mating of the ring-shaped main equipment platform of Cluster-II Flight Model #6 with its cylindrical central section took place on 2 November 1998 at prime contractor Dornier Satellitensysteme in Friedrichshafen, Germany. Assembly of ESA's first new Cluster-II spacecraft began some 6 weeks earlier (FM5 was assembled using spares from the original Clusters). Following the mating, a team of about 30 Dornier staff spent the next 2 months attaching the 11 scientific experiments to the aluminium structure and completing assembly. Several more months of testing were planned before the spacecraft was delivered to IABG in Munich for further trials. Following the Ariane 501 launch failure on 4 June 1996, the four replacement Cluster-II satellites are planned for launch in mid-2000 to study the interaction of the solar wind with Earth's magnetosphere. [Image Date: 02-11-98] [99.02.001-002]