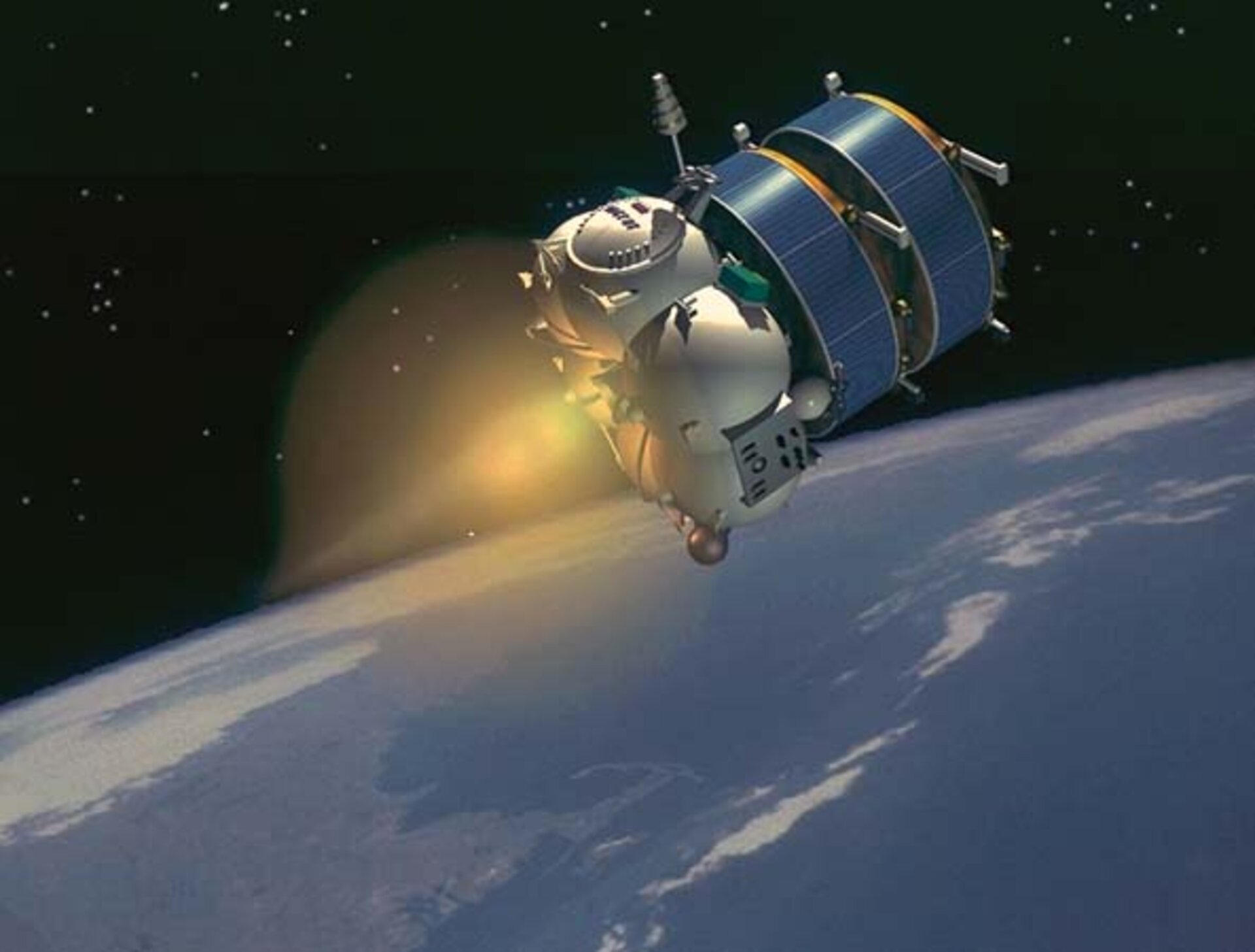 Following the Ariane 501 launch failure on 4 June 1996, the four replacement Cluster-II satellites are planned for launch in mid-2000 to study the interaction of the solar wind with Earth's magnetosphere. The paired satellites will be delivered into their preliminary parking orbit by the Fregat upper stage of the Russian Soyuz launcher. [Image Date: 199] [99.04.006-001]