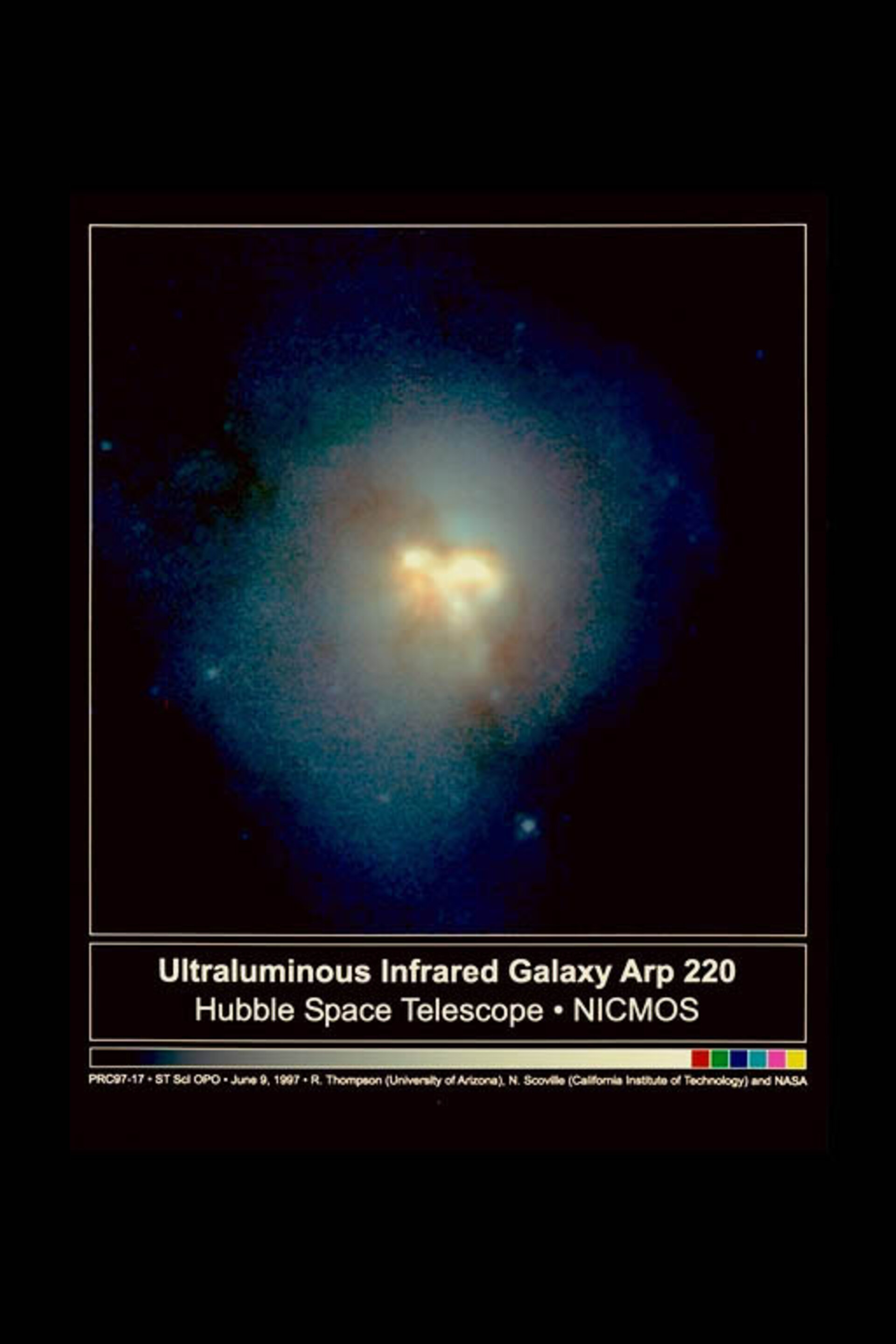 The Hubble Space Telescope's Near Infrared Camera and Multi-Object Spectrometer (NICMOS) has uncovered a collision between two spiral galaxies in the heart of the peculiar galaxy Arp 220. The collision has provided the spark for a burst of star formation. The NICMOS image captures bright knots of stars being born in the heart of Arp 220. The bright, crescent moon-shaped object is a remnant core of one of the colliding galaxies. The core is a cluster of 1000 million stars. The core's half-moon shape suggests that its bottom half is obscured by a disc of dust about 300 light-years across. This disc is embedded in the core and may be swirling around a black hole. The core of the other colliding galaxy is the bright round object to the left of the crescent moon-shaped object. Both cores are about 1200 light-years apart and are orbiting each other. Arp 220, located 250 million light-years away in the constellation Serpens, is the 220th object in Halton Arp's Atlas of Peculiar Galaxies. [Image Date: 05-04-97] [97.06.020-003]