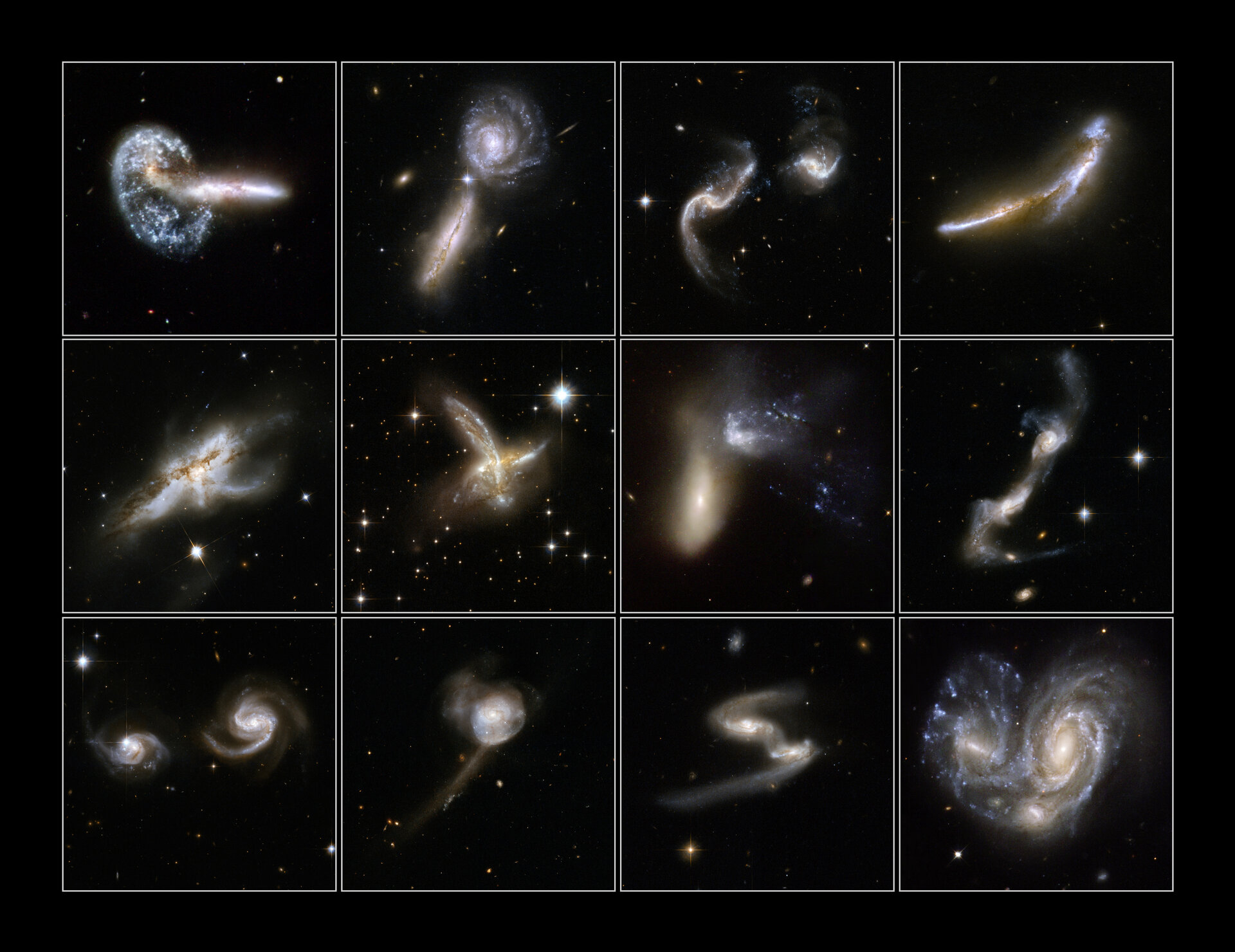 Interacting galaxies are found throughout the Universe, sometimes dramatic collisions that trigger bursts of star formation, on other occasions as stealthy mergers that form new galaxies.

A series of 59 new images of colliding galaxies, largest collection ever published simultaneously, has been released from archived raw Hubble images to mark the 18th anniversary of the telescope’s launch.