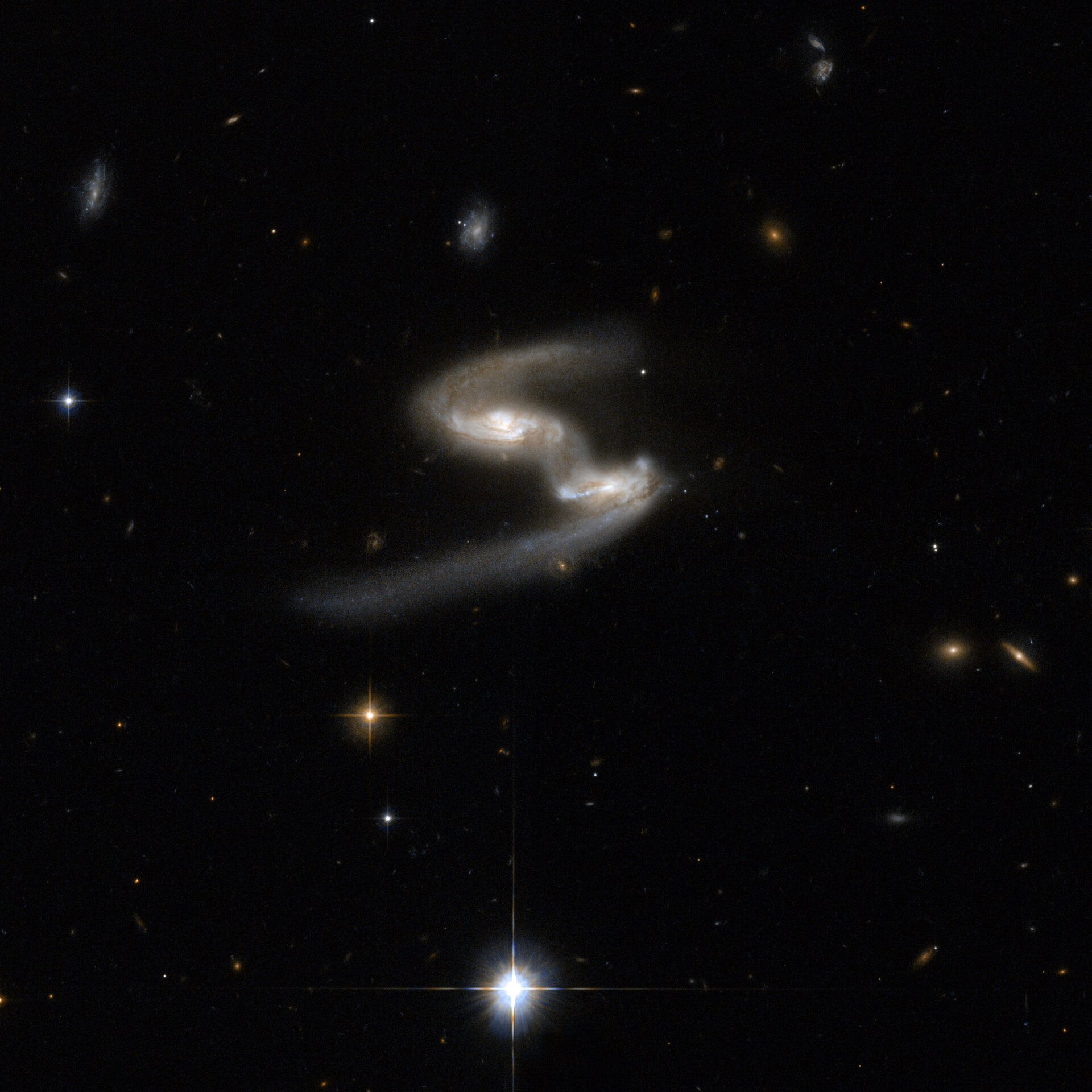 This Hubble image of ESO 77-14 is a stunning snapshot of a celestial dance performed by a pair of similar sized galaxies. Two clear signatures of the gravitational tug of war between the galaxies are the bridge of material that connects them and the disruption of their main bodies. The galaxy on the right has a long, bluish arm while its companion has a shorter, redder arm.

This interacting pair is in the constellation of Indus, the Indian, some 550 million light-years away from Earth. The dust lanes between the two galaxy centres show the extent of the distortion to the originally flat discs that have been pulled into three-dimensional shapes.

This image is part of a large collection of 59 images of merging galaxies taken by the Hubble Space Telescope and released on the occasion of its 18th anniversary on 24 April 2008.