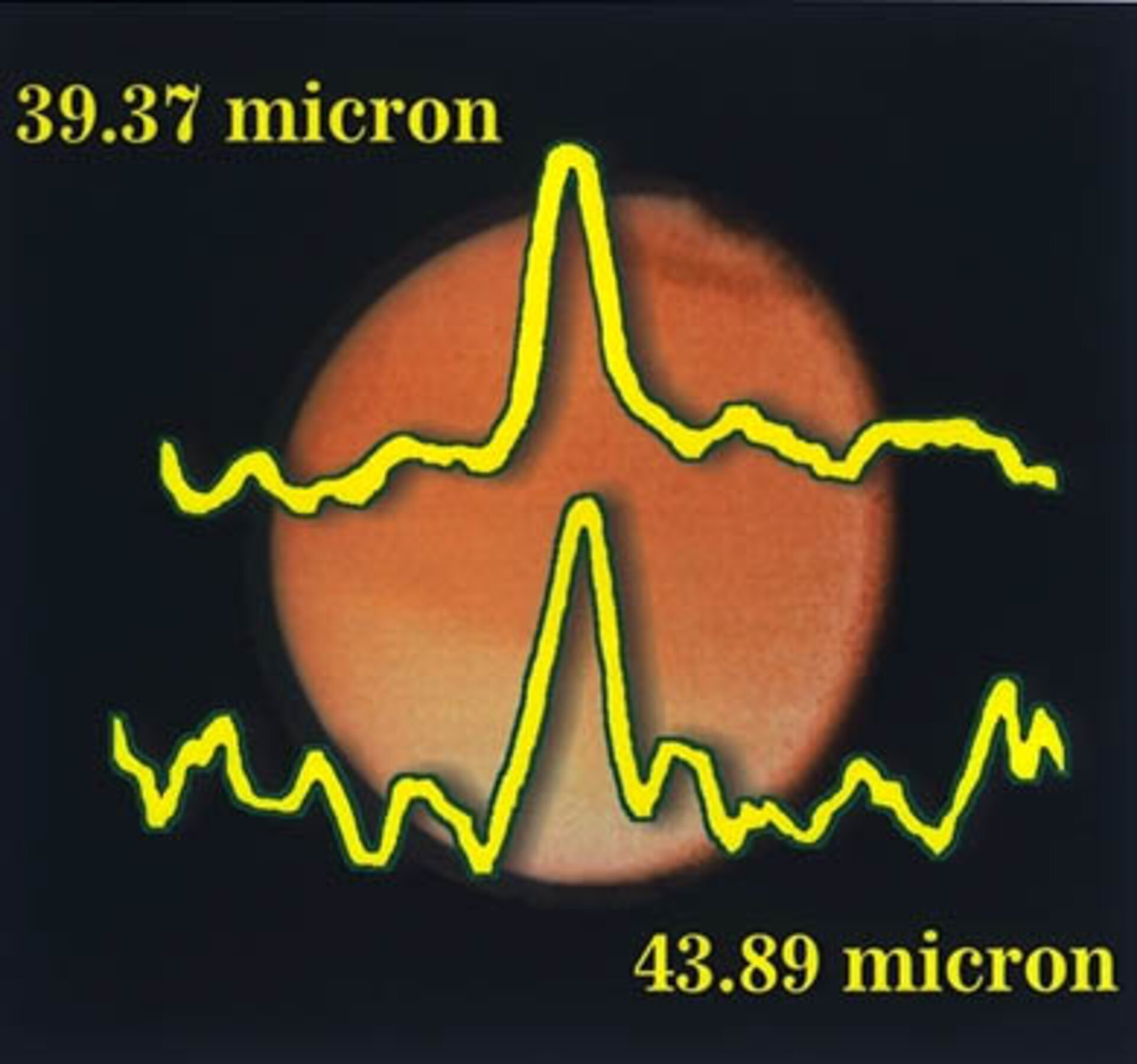 The presence of water vapour in the mysterious atmosphere of Saturn's largest moon, Titan is revealed by infrared emission at wavelengths of 39.37 and 43.89 microns. The European Space Agency's Infrared Space Observatory (ISO) observed Titan with its Short Wavelength Spectrometer during several hours of observations in December 1997, when Titan was at its farthest from Saturn. An international team headed by Athena Coustenis of Paris Observatory and Alberto Salama of the ISO Science Operations Centre at Villafranca comment [Image Date: 01-04-98] [98.05.013-001]