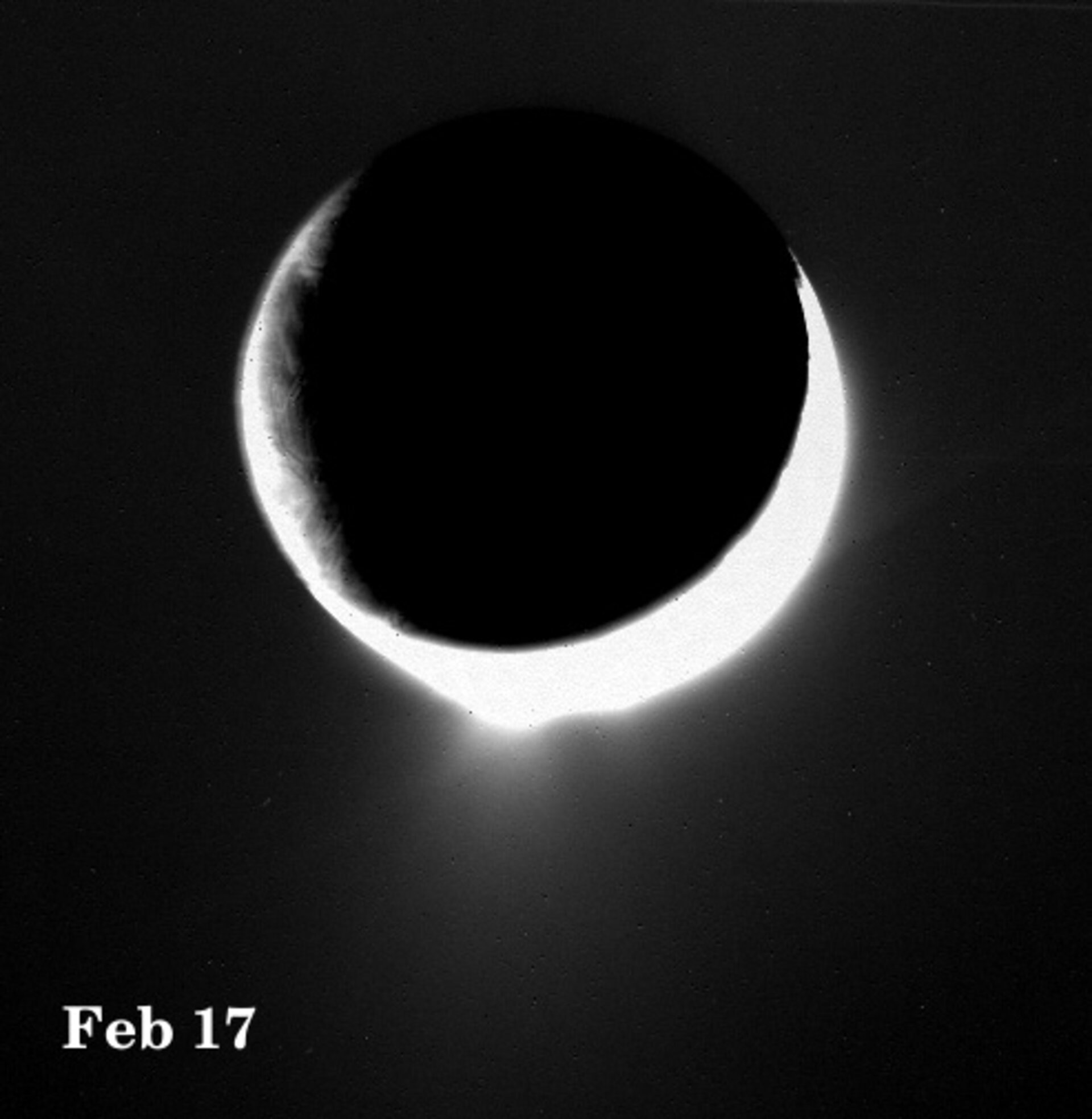 Plumes of icy material extend above the southern polar region of Saturn's moon Enceladus as imaged by the Cassini spacecraft in February 2005.

Images like these are being analysed by scientists as they seek to explain the processes that could be producing such incredible features. Scientists believe that the plumes are geysers erupting from pressurised sub-surface reservoirs of liquid water above 273K (0°C).

This clear-filter image was taken with the Cassini spacecraft narrow-angle camera at a distance of approximately 321 000 kilometres from Enceladus. The image scale is approximately 1.8 kilometres per pixel.