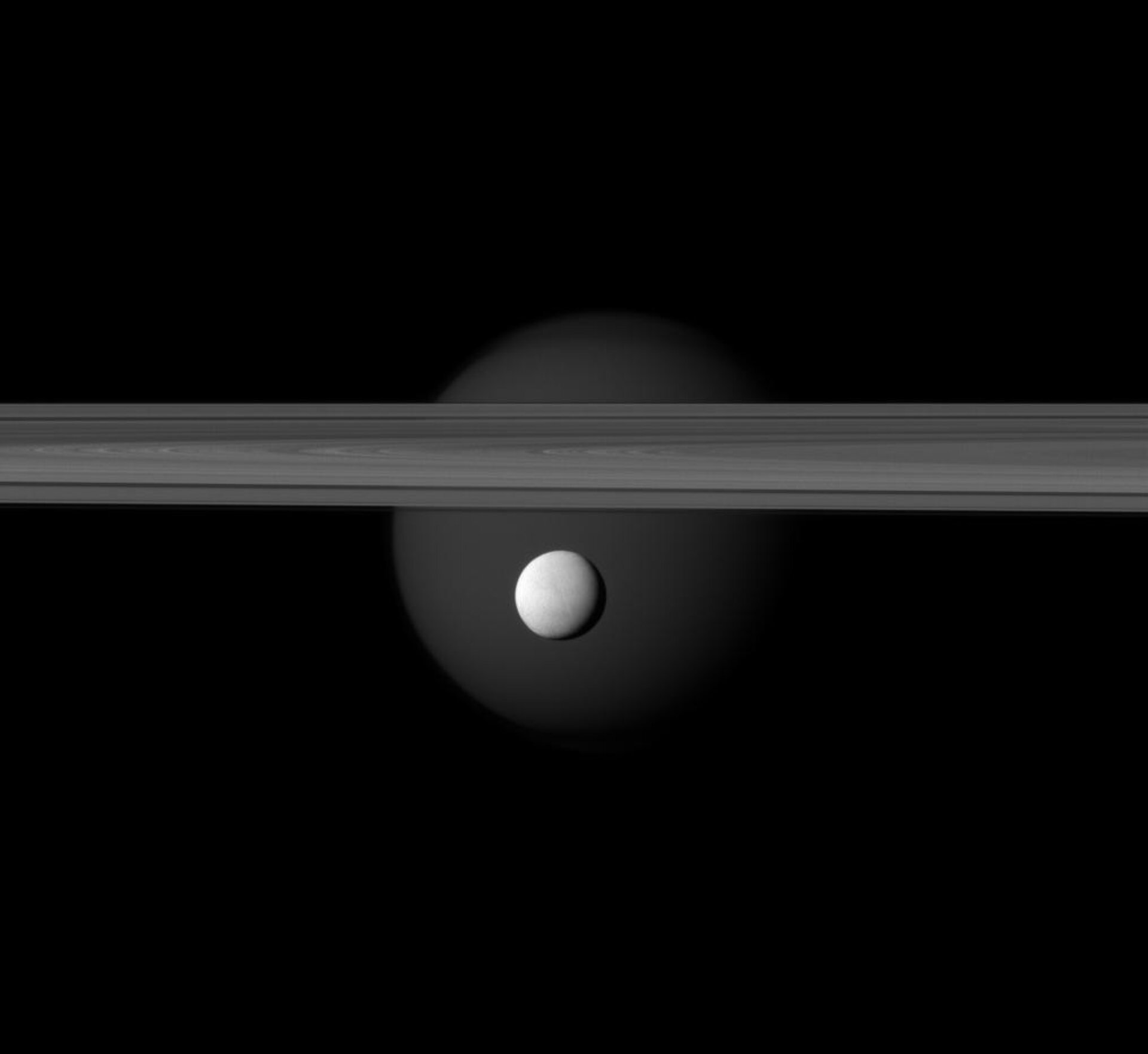 Saturn’s icy moon Enceladus hangs below the gas giant’s rings while Titan lurks in the background, in this new image taken by the Cassini spacecraft.

Faint detail of the tiger stripe markings can be seen on Enceladus’ surface, which is framed against Titan, Saturn’s largest moon. With jets of water ice and vapour streaming from Enceladus’ south pole, and liquid hydrocarbon lakes pooling beneath Titan’s thick atmosphere, these are two of Saturn’s most enigmatic moons.

The northern, sun-lit side of Saturn’s rings are seen from just above the ring plane in this image, which was taken in visible green light by Cassini’s narrow-angle camera on 12 March while it was approximately one million kilometres from Enceladus. The image scale is six kilometres per pixel on Enceladus.