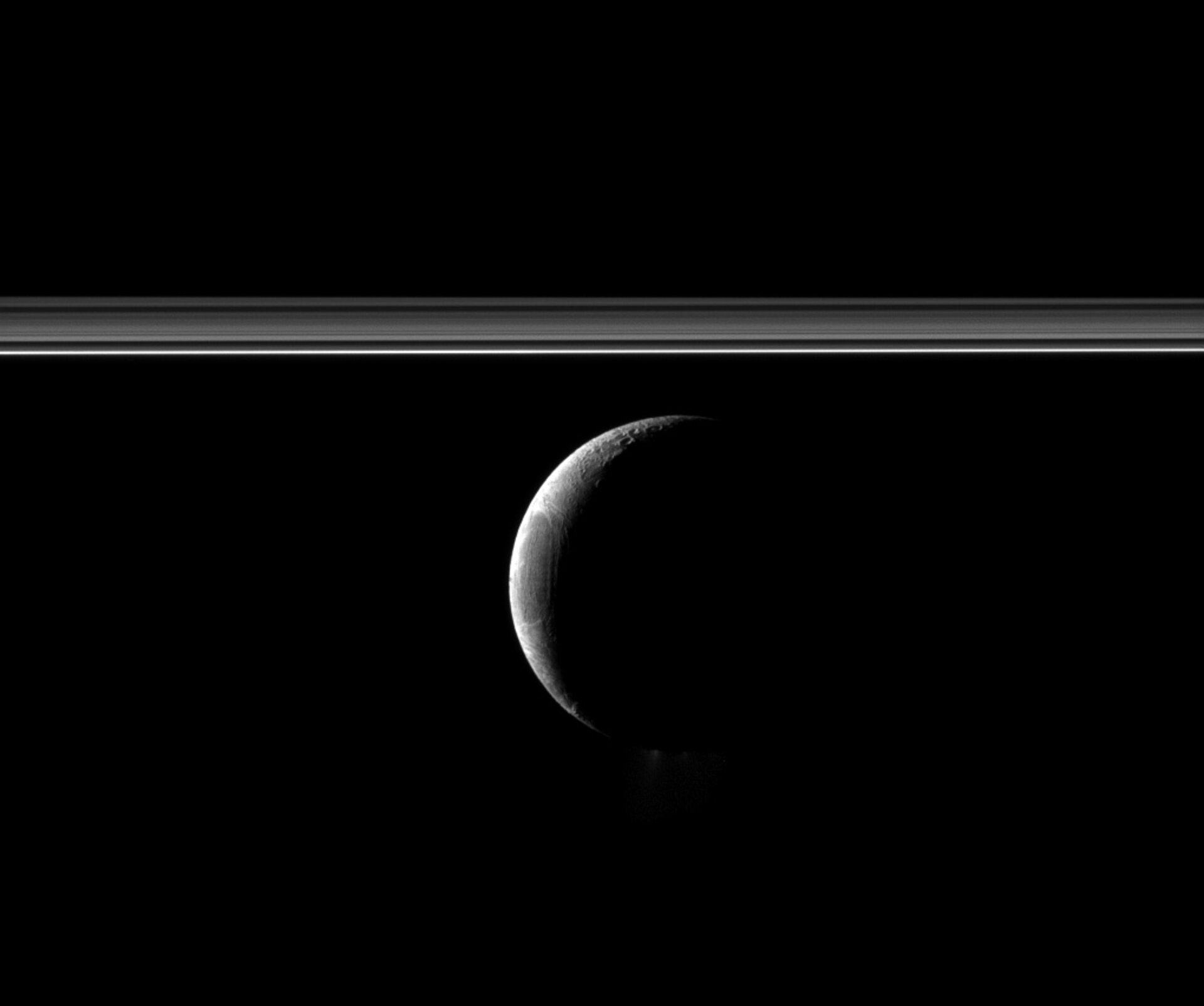 A crescent Enceladus appears with Saturn’s rings in this Cassini spacecraft view of the moon.

The famed jets of water ice emanating from the south polar region of the 504 km-diameter moon are faintly visible.

They appear as a small white blur below the dark pole, down and to the right of the illuminated part of the moon’s surface. The image’s contrast was enhanced to increase their visibility.

The sunlit terrain seen here is on the trailing hemisphere of Enceladus; north is up. This view looks toward the northern, sunlit side of the rings from just above the ringplane.

The image was taken with Cassini’s narrow-angle camera on 4 January at a distance of 291 000 km from Enceladus. Image scale is about 2 km per pixel.