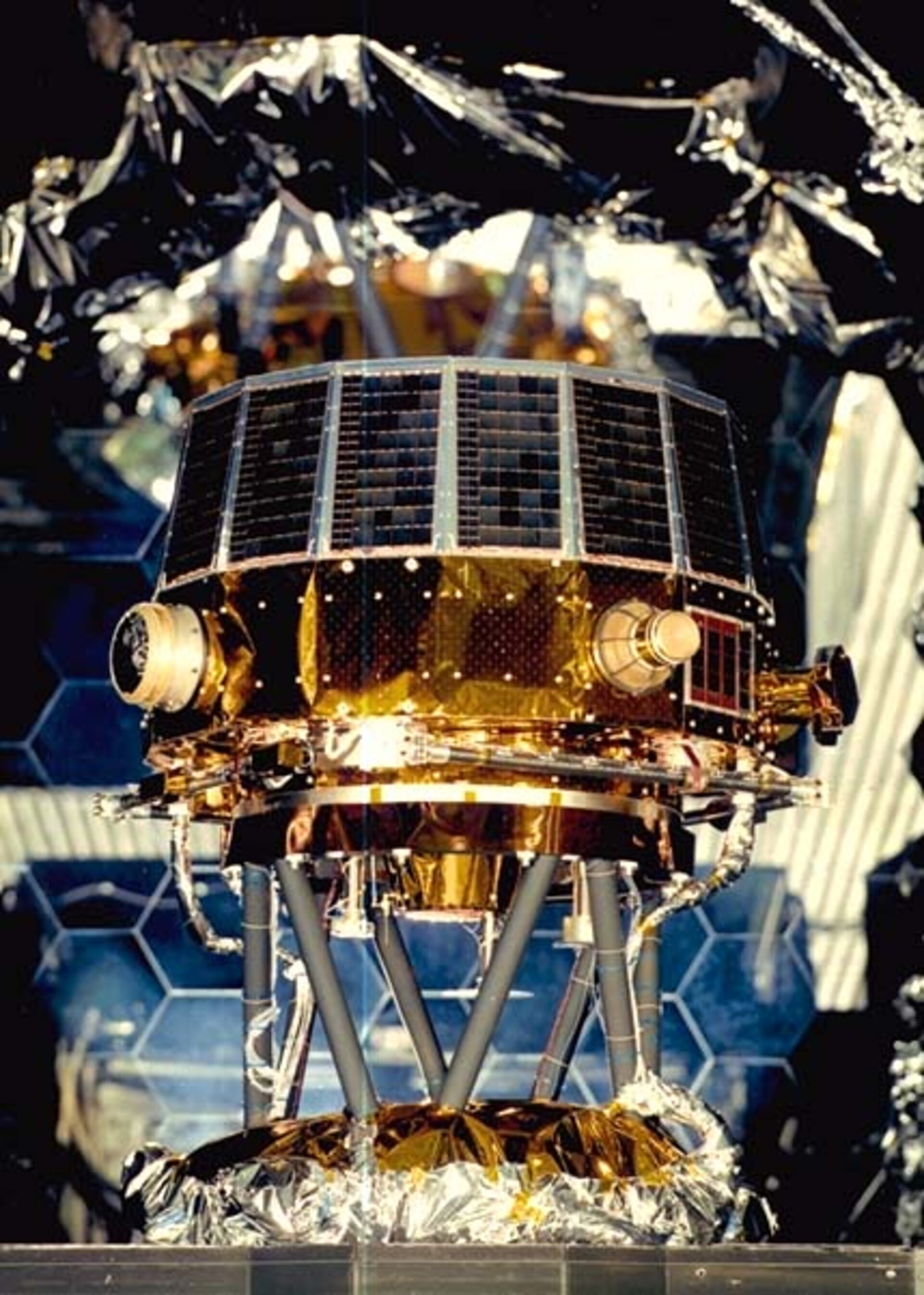 The German Equator-S scientific satellite, launched by Ariane on 2 December 1997, was used by ESA to test a new type of solar cell as part of the Agency's General Support Technology Programme (GSTP). These dual-junction gallium arsenide cells have an initial modest 21 6.367020e-307fficiency but strongly out-perform their competitors at end-of-life because of their resistance to particle irradiation. [Image Date: 1997] [99.05.008-001]