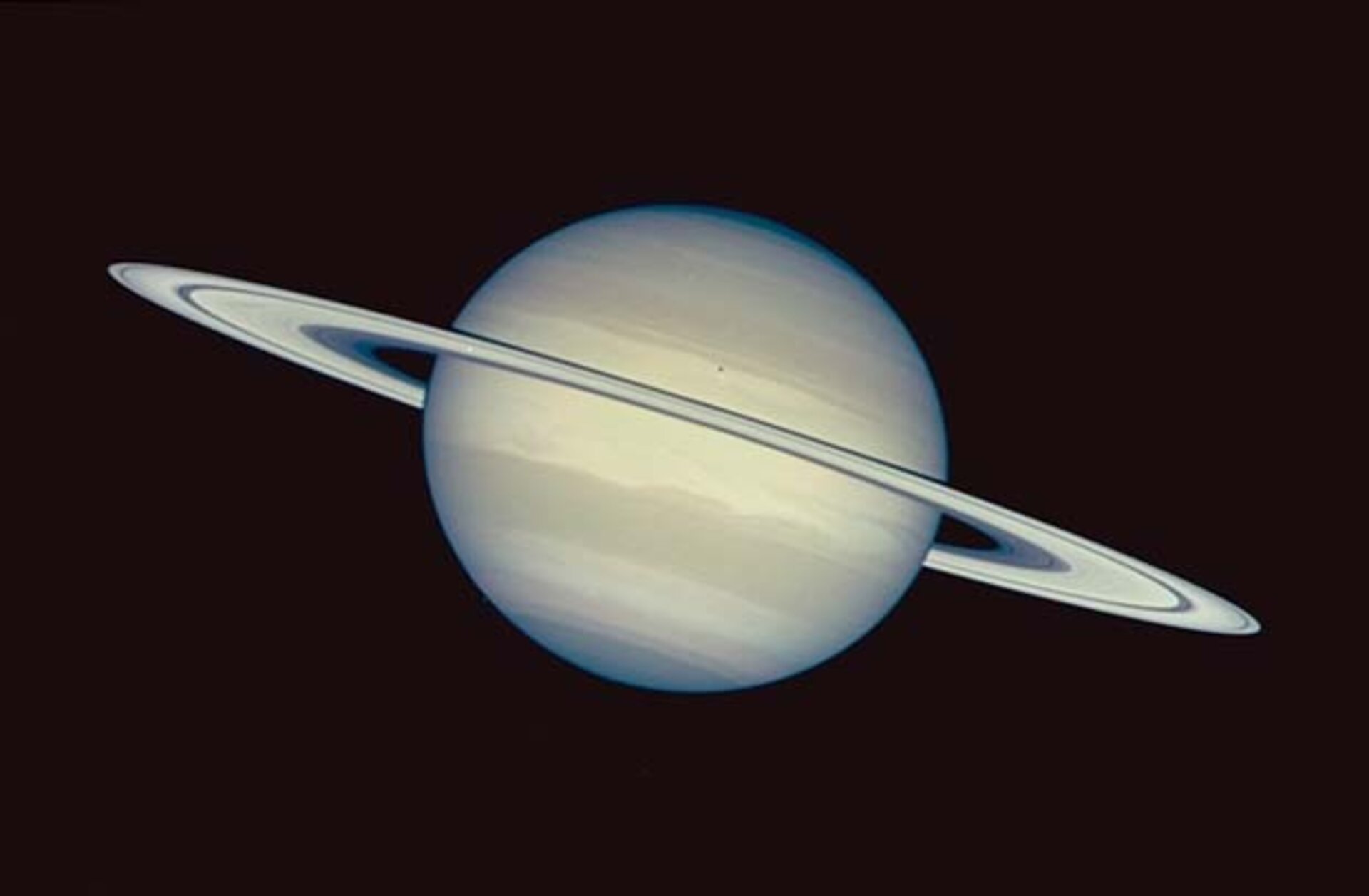 The Hubble Space Telescope has provided images of Saturn in many colours, from black-and-white, to orange, to blue, green and red. But in this picture, image processing specialists have worked to provide a crisp, accurate view that highlights the planet's pastel colours. Bands of subtle colour - yellows, browns, greys - distinguish differences in the clouds. Saturn's high-altitude clouds are made of colourless ammonia ice. Above these clouds is a layer of haze or smog, produced when ultraviolet light from the Sun shines on methane gas. The smog contributes to the planet's subtle colour variations. One of Saturn's moons, Enceladus, is seen casting a shadow on the giant planet as it passes just above the ring system. The planet's ring system, consisting mostly of chunks of water ice, appears as if the disk is composed of only a few rings. It actually consists of tens of thousands of thin 'ringlets.' This picture also shows the two classic divisions in the ring system. The narrow Encke Gap is nearest to the disk's outer edge; the Cassini division is the wide gap near the centre. At the time of the 10-minute exposure by Hubble's WFPC2 Planetary Camera, Saturn was 1300 million km from Earth. [Image Date: 30-09-96] [98.11.006-001]