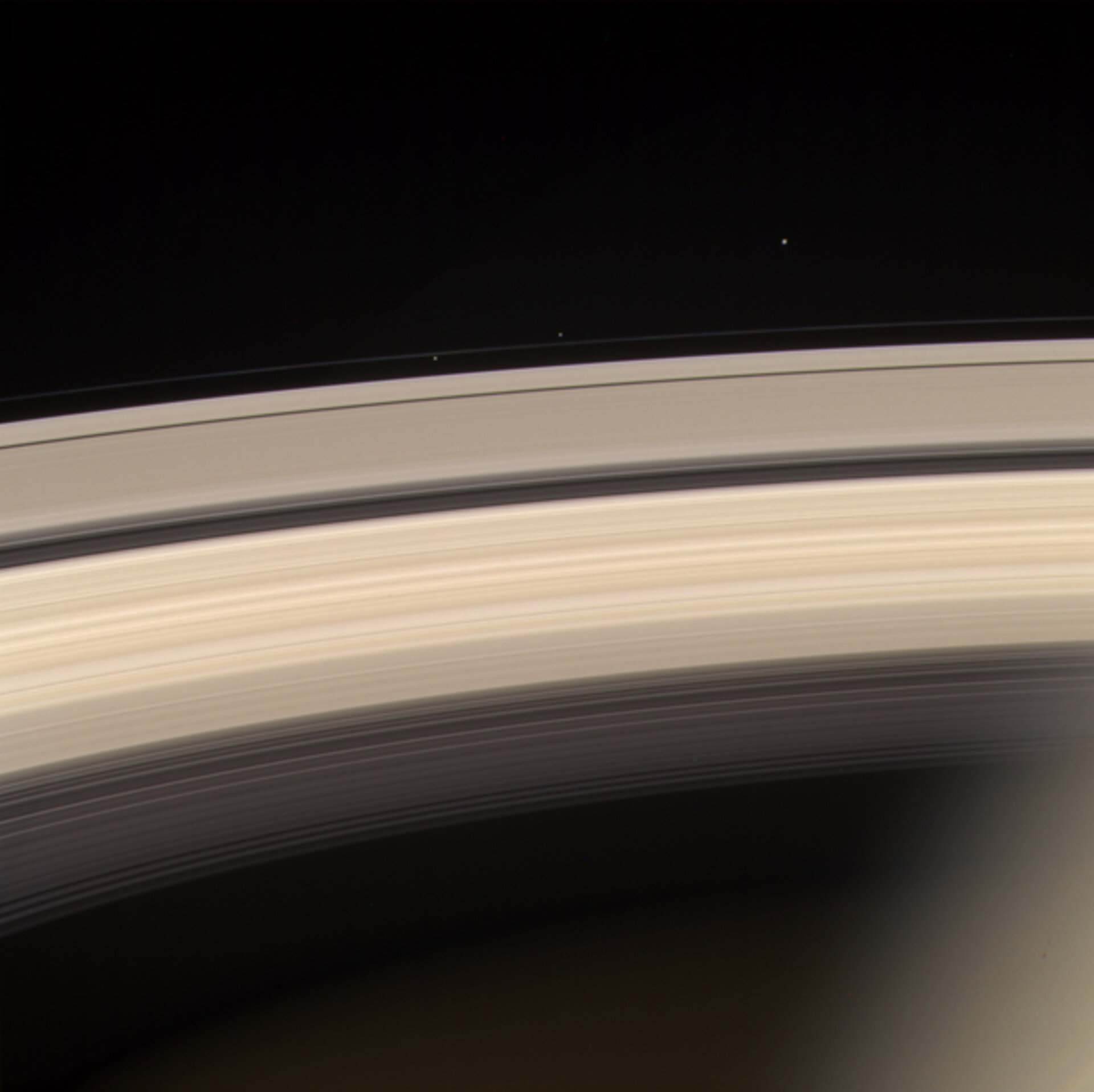 Saturn's rings are prominently shown in this true colour image, along with three of Saturn's smaller moons. From left to right, they are Prometheus, Pandora and Janus.

Prometheus and Pandora are often called the 'F ring shepherds', as they control and interact with Saturn's F ring, seen between them.

This image was taken on 18 June 2004, with the NASA/ESA/ASI Cassini-Huygens spacecraft narrow-angle camera, at a distance of 8.2 million kilometres from Saturn. It was created using the red, green and blue filters. Contrast has been enhanced to aid visibility.