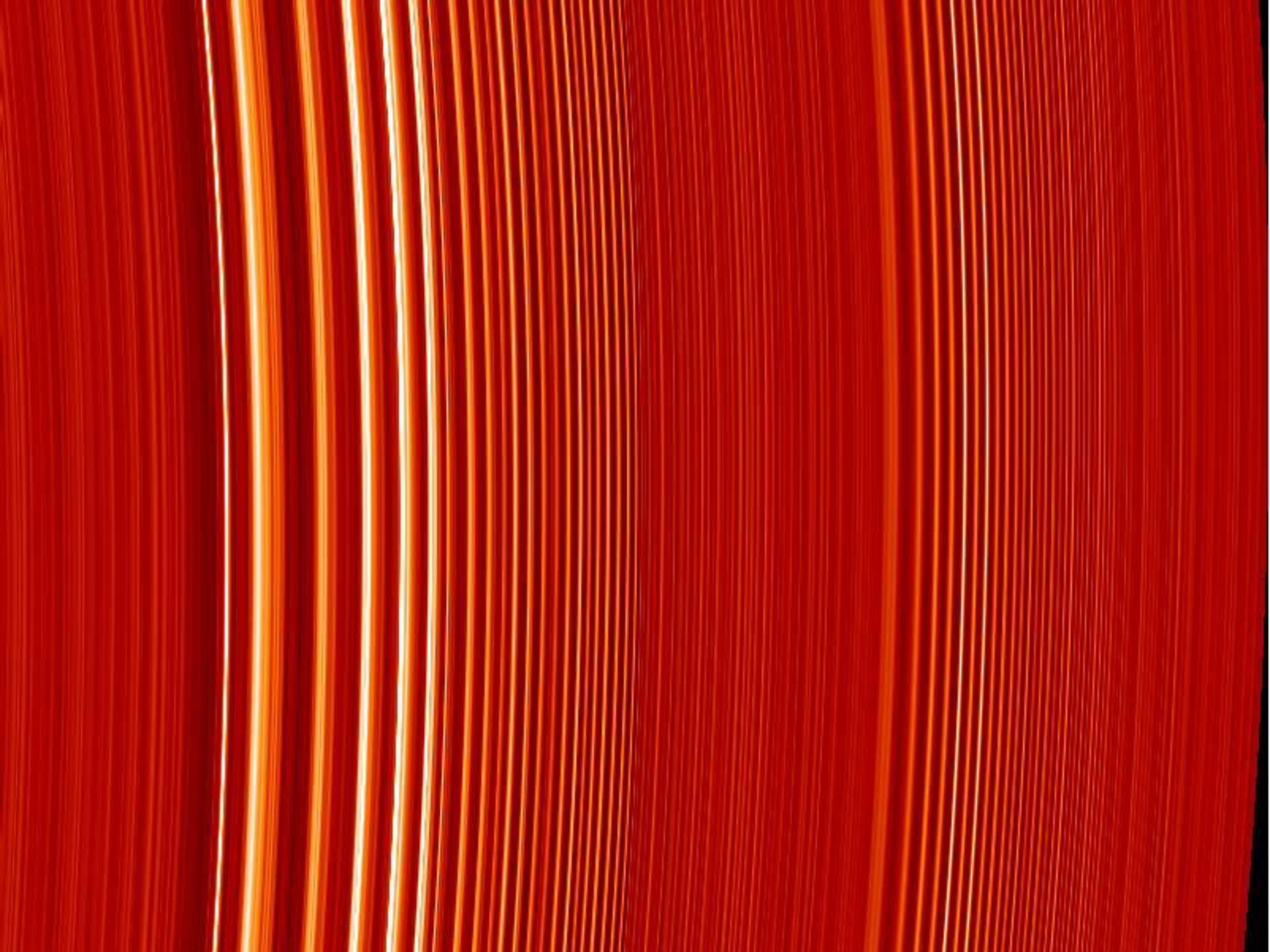 This false-colour image of two density waves in Saturn's A ring was made from the stellar occultation observed by the Cassini-Huygens Ultraviolet Imaging Spectrograph (UIS) instrument when the spacecraft was 6.8 million kilometres from Saturn.

Bright areas indicate the denser regions of the rings. The bright bands in the left part of the image are the 'peaks' of a density wave caused by gravitational stirring of the rings by Saturn's moon, Janus. A smaller density wave in the right half of the image is produced by the moon Pandora.

The UIS was built at the University of Colorado, Boulder, USA.