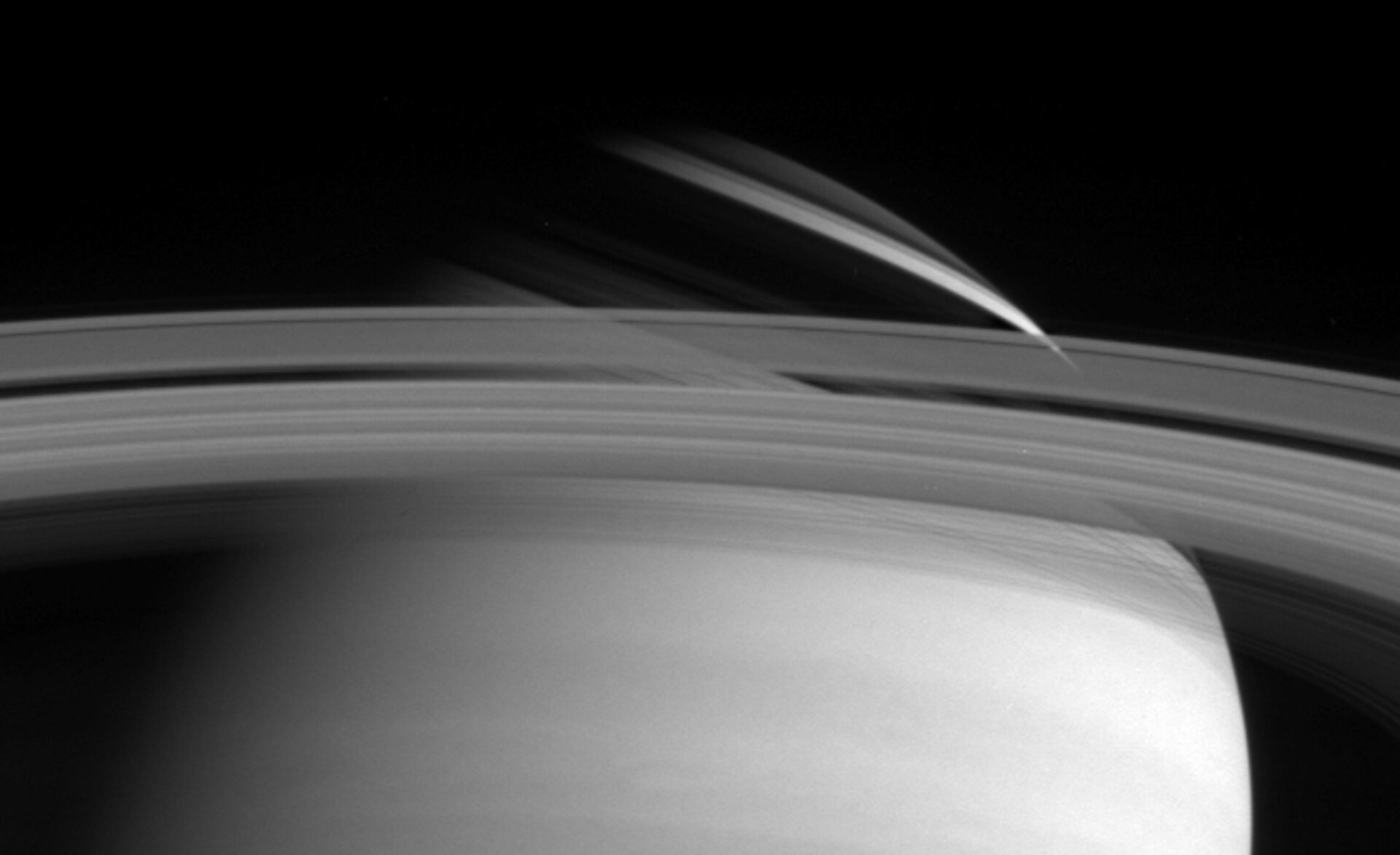 Saturn's rings cast threadlike shadows on the planet's northern hemisphere. Note the translucent C ring, and thin outermost F ring. The image was taken with the Cassini narrow angle camera in visible light on 10 May 2004, at a distance of 27.2 million kilometres from Saturn. Image scale is 162 kilometres per pixel. Contrast in the image was enhanced to aid visibility.