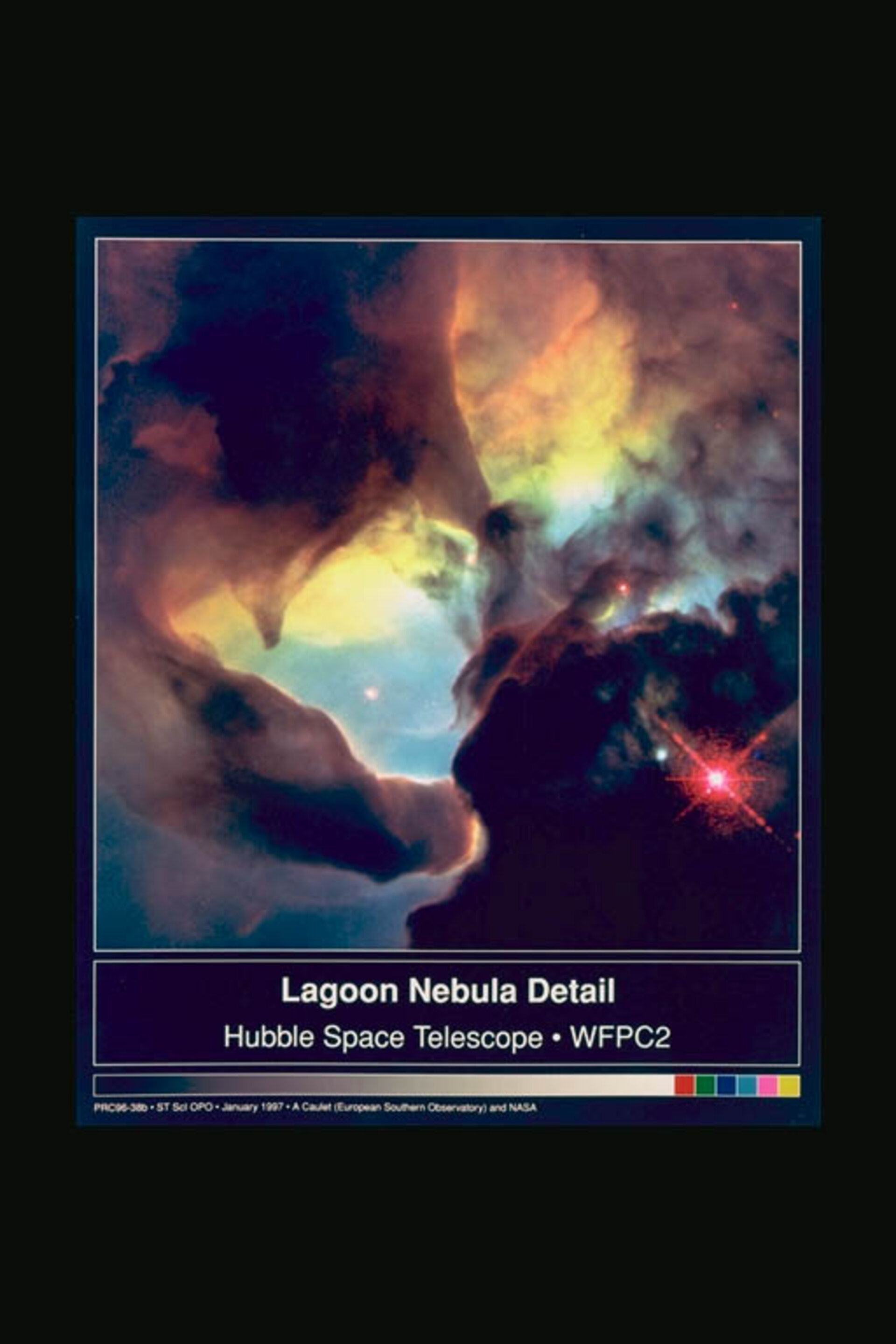 Twisters in the Lagoon Nebula

This Hubble Space Telescope image reveals a pair of half light-year long interstellar 'twisters' - eerie funnels and twisted-rope structures - in the heart of the Lagoon Nebula (Messier 8) which lies 5000 light-years away in the direction of the constellation Sagittarius. The central hot star, O Herschel 36 (lower right), is the primary source of the ionising radiation for the brightest region in the nebula, called the Hourglass. Other hot stars, also present in the nebula, are ionising the extended optical nebulosity. The ionising radiation induces photo-evaporation of the cloud surfaces and drives away violent stellar winds tearing into the cool clouds. Analogous to the spectacular phenomena of Earth tornadoes, the large difference in temperature between the hot surface and cold interior of the clouds, combined with the pressure of starlight, may produce strong horizontal shear to twist the clouds into their tornado-like appearance. Though the spiral shapes suggest the clouds are twisting, future observations will be needed, perhaps with Hubble's next-generation instruments, with the spectroscopic capabilities of the Space Telescope Imaging Spectrograph (STIS) or the Near Infrared Camera and Multi-Object Spectrometer (NICMOS), to measure velocities. These colour-coded images are the combination of individual exposures taken in July and September 1995, with Hubble's Wide Field Planetary Camera 2 (WFPC2) through three narrow-band filters (red light-ionised sulphur atoms; blue light-double ionised oxygen atoms; green light-ionised hydrogen). This work is based on public data retrieved from the HST Archive, cosmic-ray cleaned, calibrated and combined by Adeline Caulet (ESA's Space Telescope European Coordinating Facility). The data were collected as part of a scientific HST program by the WFPC2 Science Team. [Image Date: 22-01-97] [97.02.005-001]