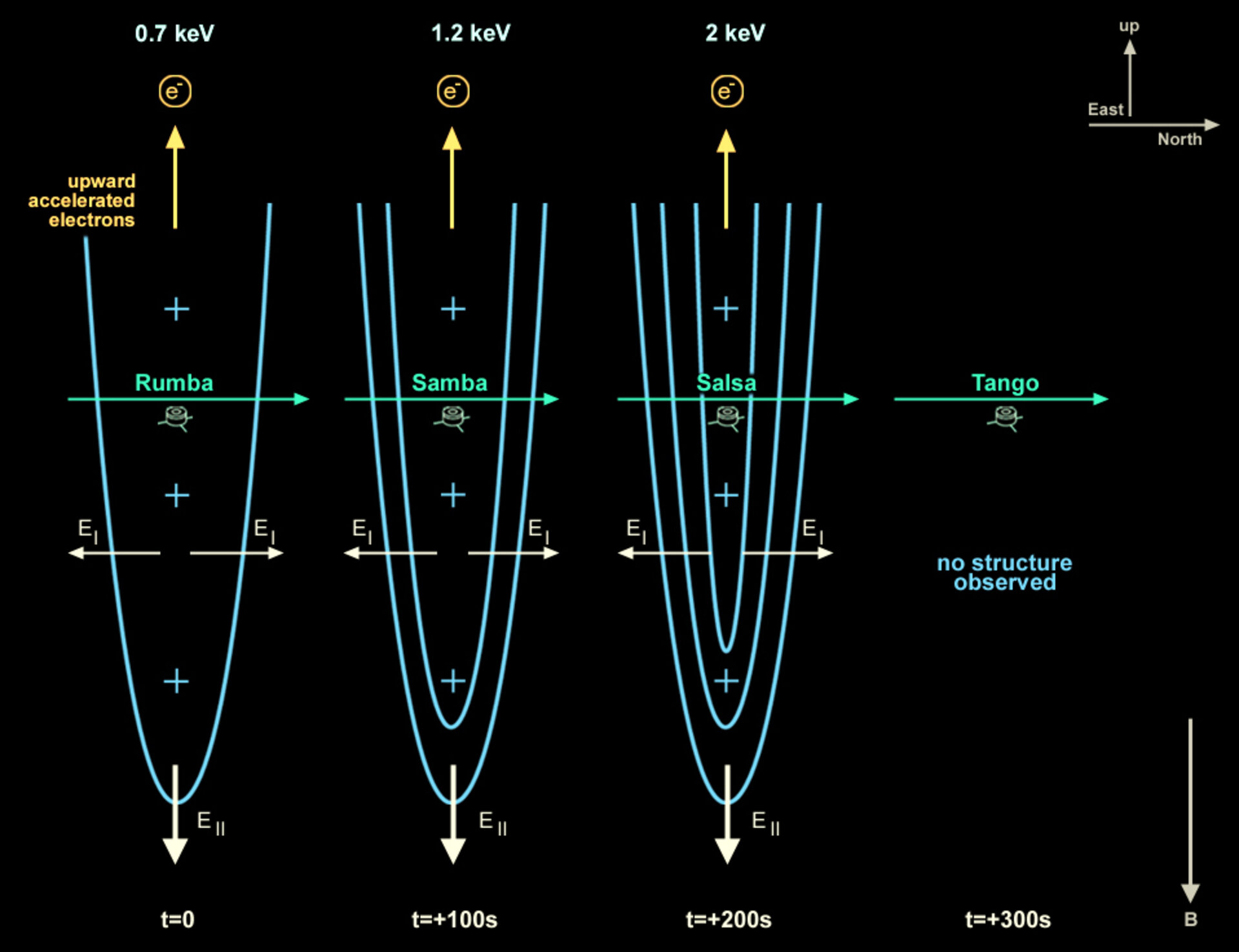 From an altitude of more than 21 600 km, the four Cluster spacecraft were able to study the conditions associated with the aurora far below.
In a matter of minutes the first three spacecraft (Rumba, Samba and Salsa) detected a threefold increase, from 700 to 2 000 electronvolts, in the energy of the upward electrons.
Shortly after when the fourth spacecraft (Tango) reached the same position the electric field had vanished.
photo:ESA 2001. Illustration by Medialab