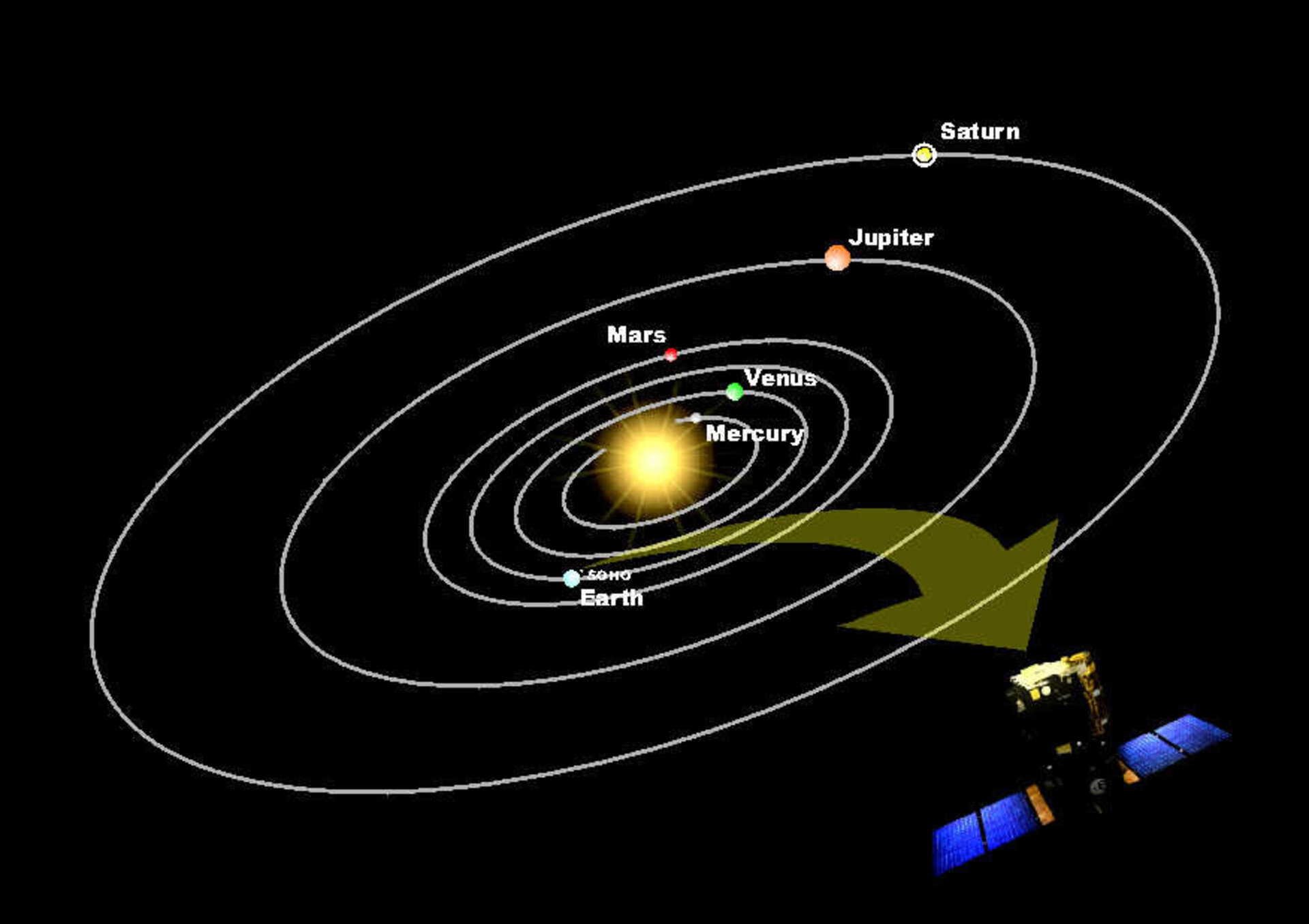 Diagram showing orbital positions of the planets and SOHO

This diagram shows orbital positions of the planets and SOHO
in relation to the Sun, at 15 May 2000. The diagram is not to scale. SOHO is stationed 1.5 million kilometres from the Earth, on the sunward side, and the Sun is about 150 million km away. The nearest planet in SOHO's image is Mercury, less than 60 million km beyond the Sun, while Saturn's distance beyond the Sun is more than 1400 million km.