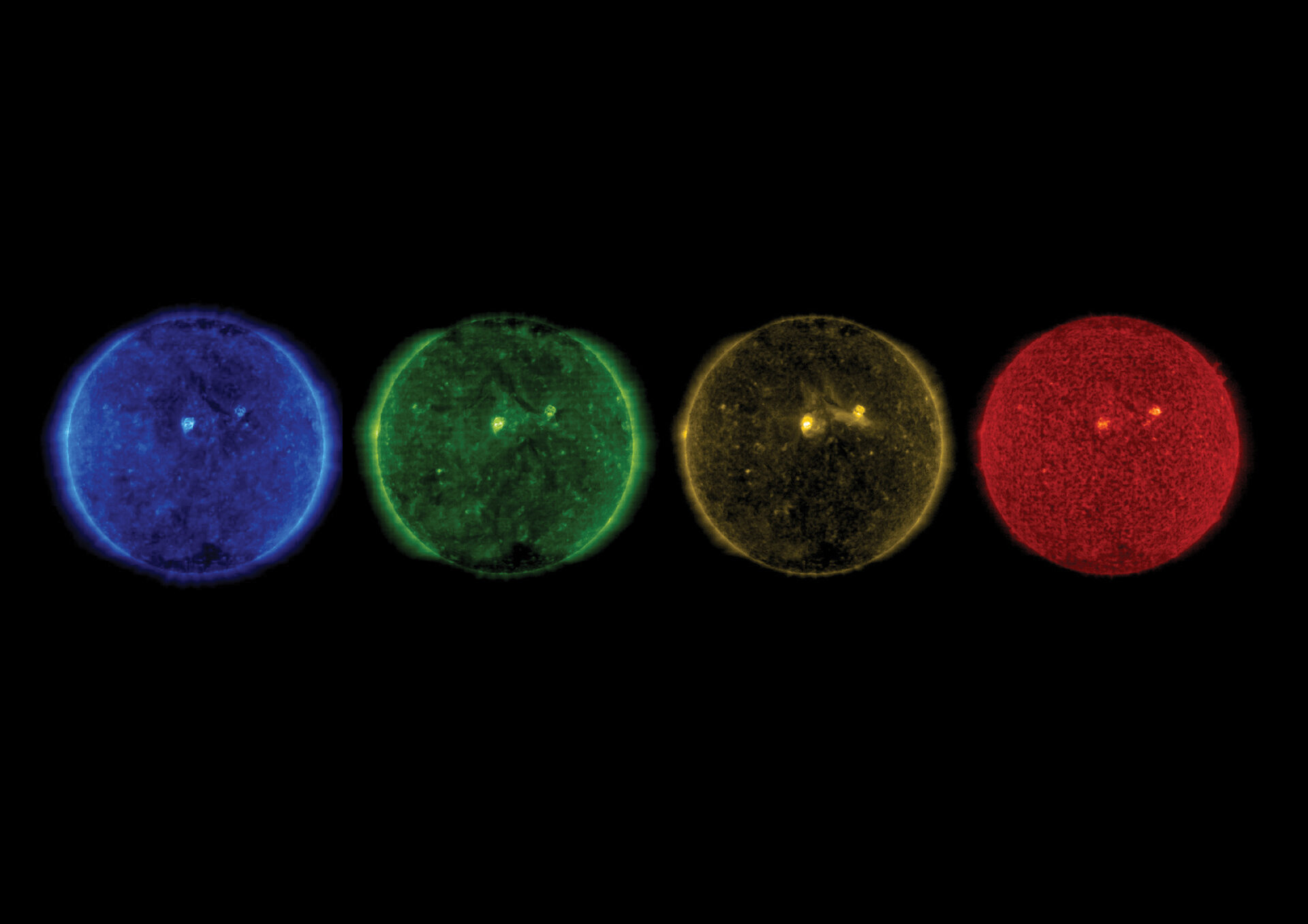 Last Wednesday, all locations on our planet enjoyed roughly the same number of hours of day and night. This event, called an equinox, takes place twice a year – around 20 March and then again around 23 September.

On these two occasions along Earth’s yearly orbit around the Sun, sunlight shines directly overhead at the equator. The March equinox marks the beginning of spring in the northern hemisphere and of autumn in the southern one, and vice versa for the September equinox.

The ESA/NASA SOHO solar observatory enjoys an alternative view of our parent star, staring at the Sun since 1995 from a vantage position – orbiting the first Lagrange point (L1) some 1.5 million kilometres from Earth towards the Sun. Over the years, SOHO has been monitoring the surface and stormy atmosphere of our star, as well as keeping an eye on the solar wind, the flow of charged particles streaming out through the Solar System, enabling a wealth of scientific discoveries.

This montage of images shows SOHO’s view of the Sun at different ultraviolet wavelengths in the early morning of 20 March; the equinox occurred at 21:58 GMT. From left to right, the images shown in this view were taken at increasing wavelengths (171 Å, 195 Å, 284 Å and 304 Å, respectively) with SOHO’s Extreme ultraviolet Imaging Telescope, which currently takes snapshots of the Sun twice a day.

Each wavelength channel is sensitive to solar material at a different range of temperatures, peering at different heights into the Sun’s atmosphere. From left to right, the brightest material in each image corresponds to temperatures of 1 million, 1.5 million, 2 million and 60 000–80 000ºC, respectively.

Similar SOHO views of the Sun were also featured in a previous Space Science Image of the Week in 2017. Look at them side by side to spot any differences between the Sun then and now. For more information about SOHO, including realtime images of the Sun, visit: https://soho.nascom.nasa.gov

Meanwhile, at the IABG facilities in Ottobrunn, Germany, the Solar Orbiter spacecraft is undergoing final testing ahead of launch early next year. This new joint ESA/NASA mission will perform unprecedented close-up observations of the Sun from a unique orbit that will allow scientists to study our star and its corona in much more detail than previously possible, as well as providing high-resolution images of the uncharted polar regions of the Sun.