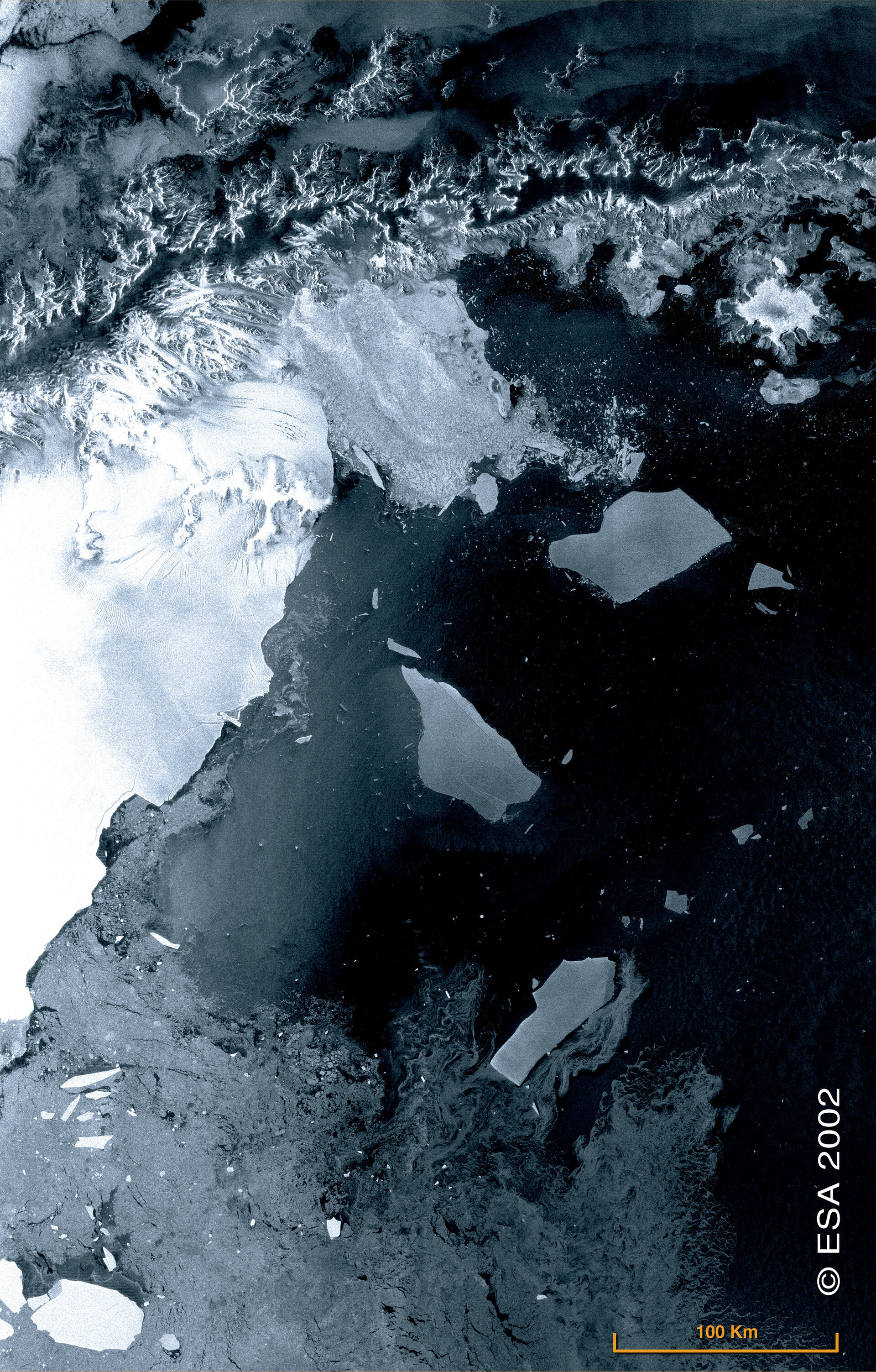 ASAR looks at the Antarctic Peninsula

One of the first photos taken by Envisat, ESA's Earth observation satellite in March 2002.
The collapse of the Larsen B ice shelf observed on 18 March 2002.

The Antarctic Penininsula has experienced exceptional atmospheric warming over the last decades, triggering the retreat and break-up of the ice shelves. The launch of Envisat occurred just in time to capture the disintegration of the Larsen B ice shelf. This 400 km wide ASAR image of 18 March 2002 (orbit 246) shows that the collapsed ice shelf has fractured into thousands of small icebergs, drifting eastwards into the Weddell Sea. This kind of breakup is quite different from the periodic calving processes taking place 1000 km further south which have led to the presence of the large drifting icebergs seen in the image.