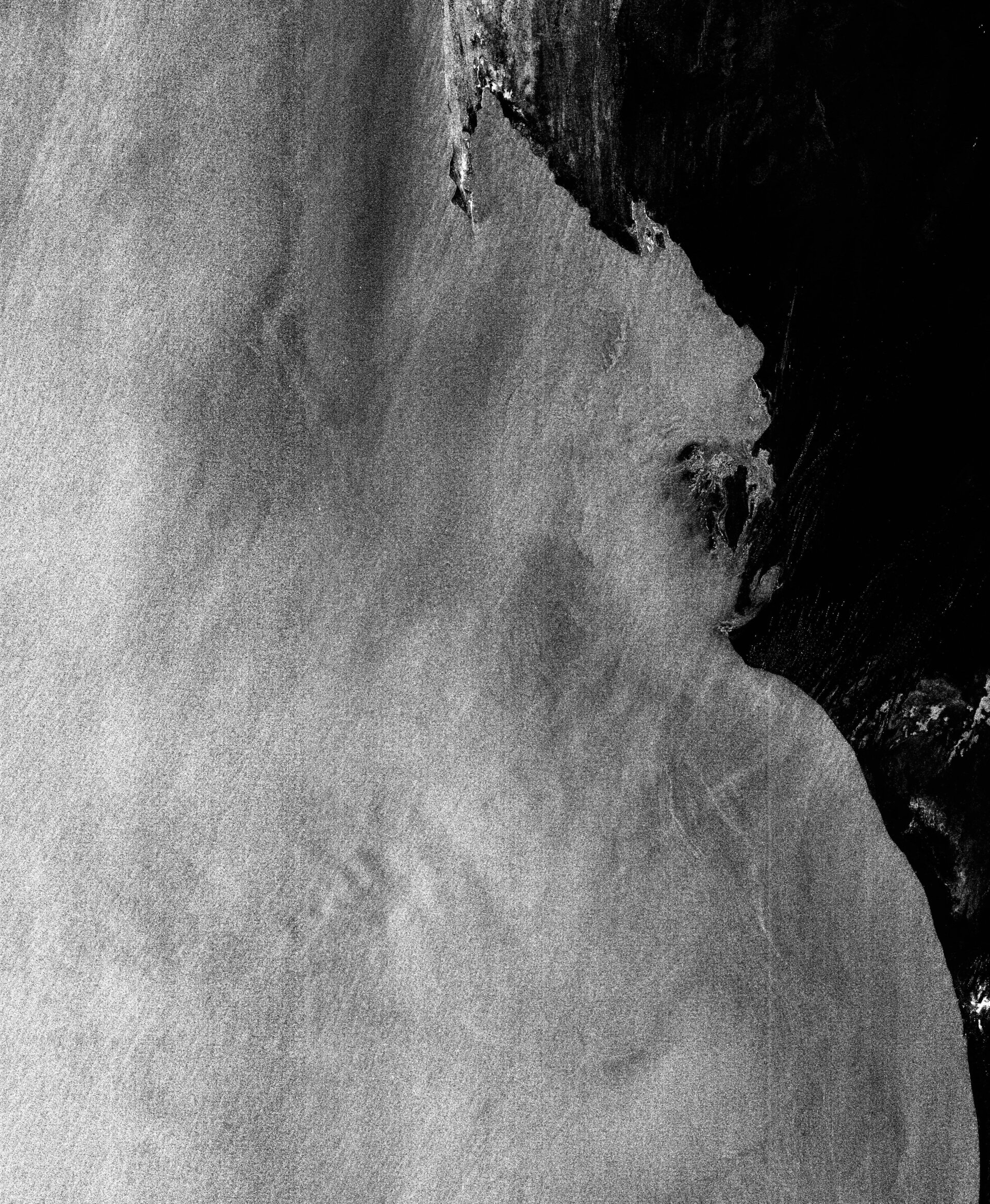 Upwelling off the coast of Mauritania

One of the first photos taken by Envisat, ESA's Earth observation satellite in March 2002.

Just as some areas of land are more fertile than others, the same is also true of the Earth’s oceans, these are known as “upwelling areas”. Using ASAR and MERIS together, Envisat has imaged one such upwelling area off the coast of Mauritania, in northwest Africa. The Envisat ASAR image shown here illustrates how the upwelling formed. Upwellings are driven primarily by winds. On this image, a brighter water surface indicates a stronger wind, while surface line patterns indicate wind direction. In this case, trade winds blowing water to the continent’s edge pump deep water rich in nutrients to the surface, which causes a population explosion in local marine life, starting with the phytoplankton.