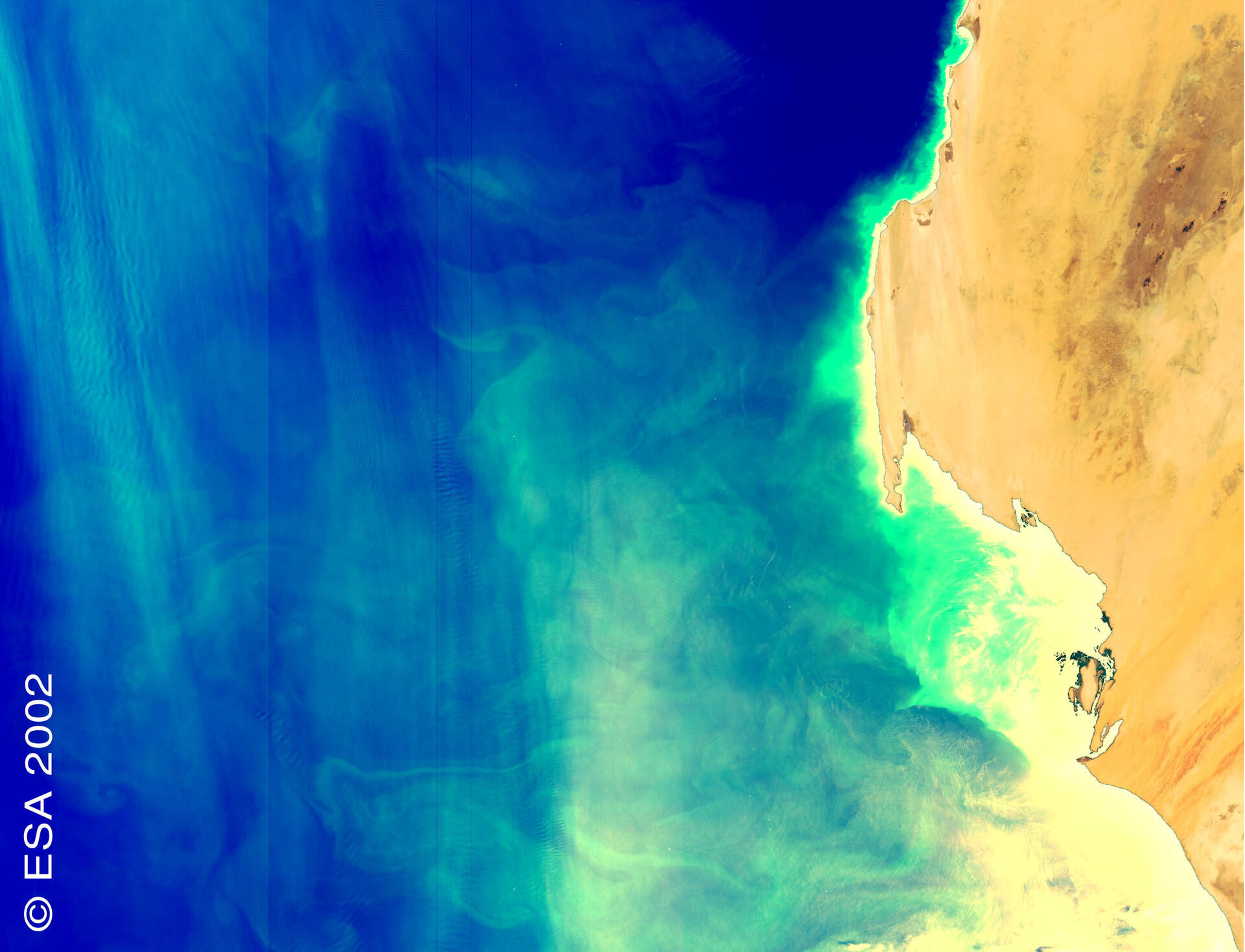 Small, single-celled phytoplankton play a key role in the marine food chain. They convert sunlight, carbon dioxide and nutrients into carbohydrates on which nearly all life in the ocean depends.

In most parts of the Earth's ocean, phytoplankton concentration is extremely low. However, in “upwelling areas,” deep water is pumped up to the surface by strong winds, such as trade winds blowing parallel to the coast. This deep water is rich in nutrients and as this supplies phytoplankton with the nitrogen, phosphate and silicate they need for their growth, which supports the whole food chain.

The most important fishing grounds can be found in these upwelling areas. When this upwelling process collapses, as for instance off the Peruvian coast during El Nino events, the ecosystem is dramatically disrupted. Climate change has an impact on the intensity and geographical position of upwelling areas, which, in turn, has important consequences to fishing industries and those who depend on them.

Technical Information:
Instrument: MEdium Resolution Imaging Spectrometer (MERIS) on board Envisat
Date of Acquisition: 22 March 2002
Orbit number: 306
Instrument features: Full resolution image (300-meter resolution).
MERIS was designed to measure the concentration of phytoplankton. The colours seen by MERIS indicate the concentration of chlorophyll, the pigment that phytoplankton use for photosynthesis. MERIS can detect chlorophyll concentrations as low as 0.01 microgram, or 1/100 000 000 of a gram, per litre. MERIS data will be used to monitor the worldwide distribution of phytoplankton and to compute primary production.