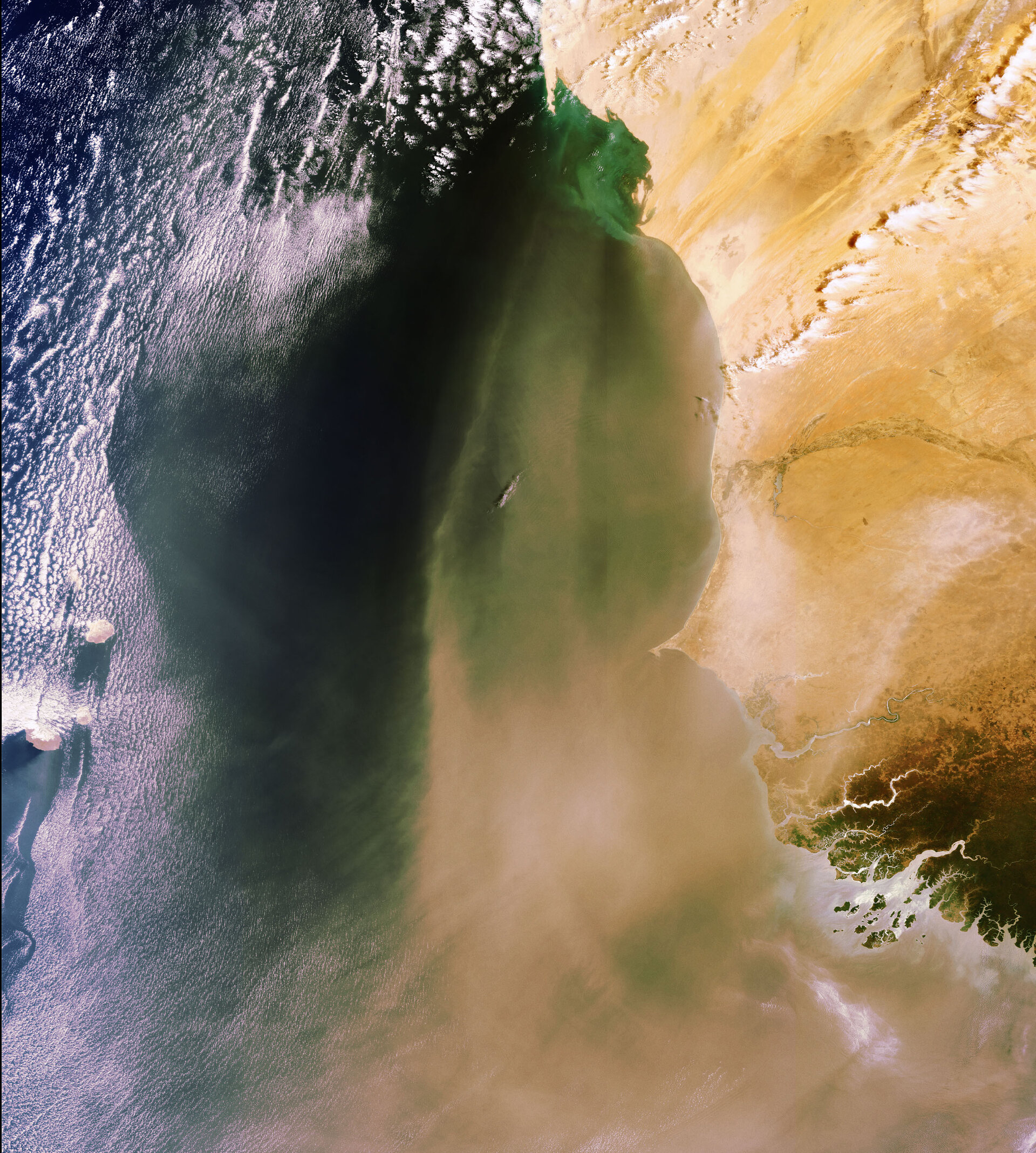 Envisat captures sand and dust from the Sahara Desert blowing across the Atlantic Ocean along the coasts of Mauritania (top), Senegal (middle) and Guinea Bissau (bottom). The cloud-covered Cape Verde islands are visible off the coast of Senegal.

Sandstorms are very common over the Sahara, which is a major source of mineral dust, and large concentrations of it can be found in the tropical Atlantic and the Caribbean.

Saharan dust plays an important role in the Mediterranean region because it is the major source of mineral nutrients for phytoplankton – the basic food on which all other marine life depends. It is not always beneficial, however. In the Caribbean, Saharan dust is believed to infect coral reefs with the sea fan disease.

The dust is also thought to be linked to health risks, such as increased incidences of paediatric asthma attacks in the Caribbean and epidemics of lethal meningitis in the semi-arid sub-Saharan territory known as the Sahel belt.

This image was acquired on 29 March 2008 by Envisat’s Medium Resolution Imaging Spectrometer (MERIS) instrument while working in Full Resolution mode to provide a spatial resolution of 300 metres.