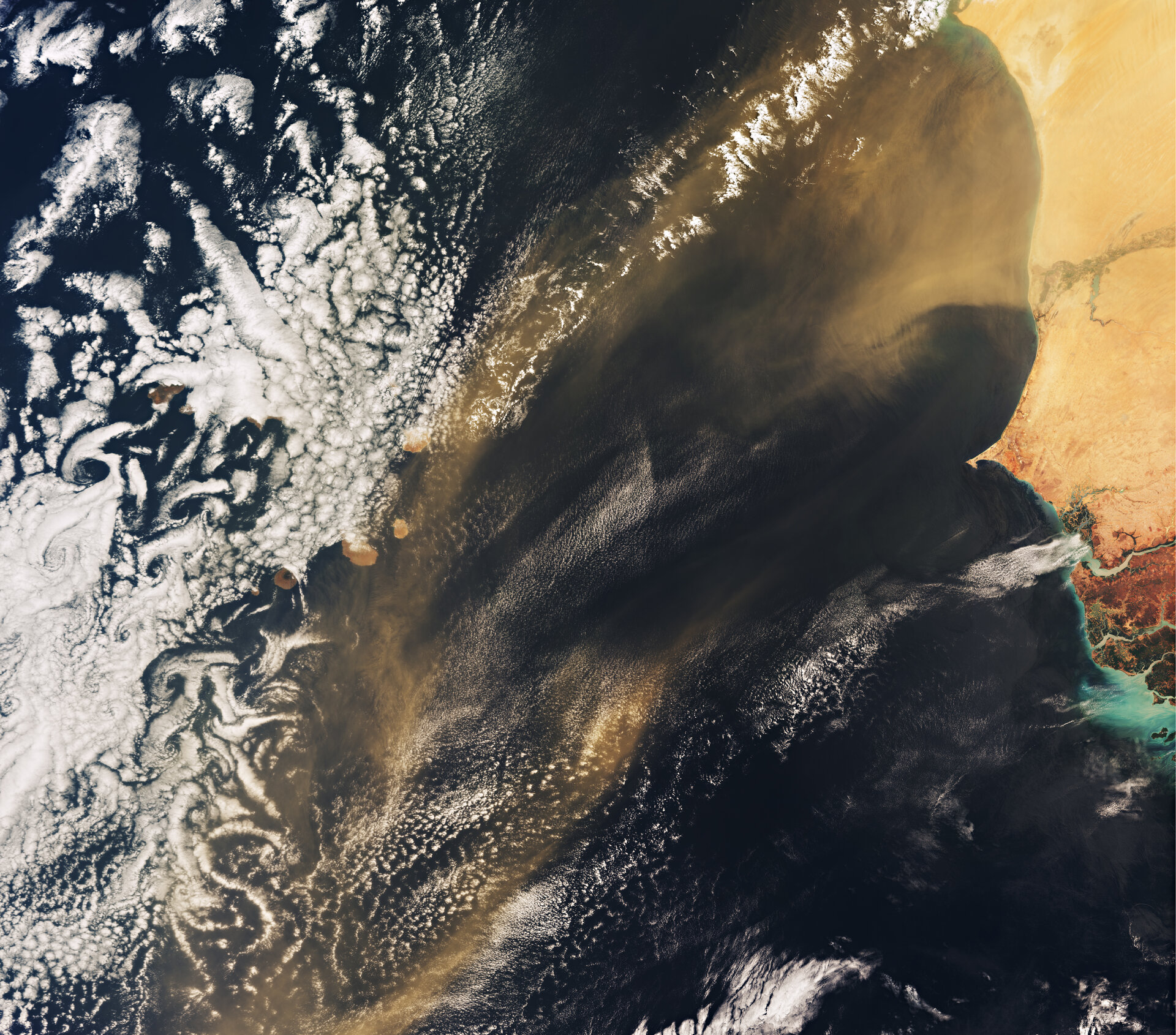 For World Oceans Day, the Copernicus Sentinel-3A satellite takes us over the Atlantic Ocean and the Republic of Cabo Verde.

Several of the small islands that make up the archipelago of Cabo Verde can be seen peeking out from beneath the clouds. These volcanic islands lie in the Atlantic Ocean about 570 km off the west coast of Senegal and Mauritania, which frame the image on the right.

The most striking thing about this image, however, is the dust and sand being carried by the wind towards Cabo Verde from Africa. The sand comes mainly from the Sahara and Sahel region. Owing to Cabo Verde’s position and the trade winds, these storms are not uncommon and can disrupt air traffic.

However, this sand also fertilises the ocean with nutrients and promotes the growth of phytoplankton, which are microscopic plants that sustain the marine food web. The iron in the dust is particularly important. Without iron mammals cannot make haemoglobin to transport oxygen around the bloodstream and plants cannot make chlorophyll to photosynthesise. Research has shown that around 80% of iron in samples of water taken across the North Atlantic originates from the Sahara. It can be assumed, therefore, that life in the deep ocean depends on this delivery of fertiliser from one of the world’s most parched regions.

World Oceans Day takes place on 8 June each year and celebrates the ocean, its importance in all our lives, and how we can protect it.

This image, which was captured on 30 May 2018, is also featured on the Earth from Space video programme.