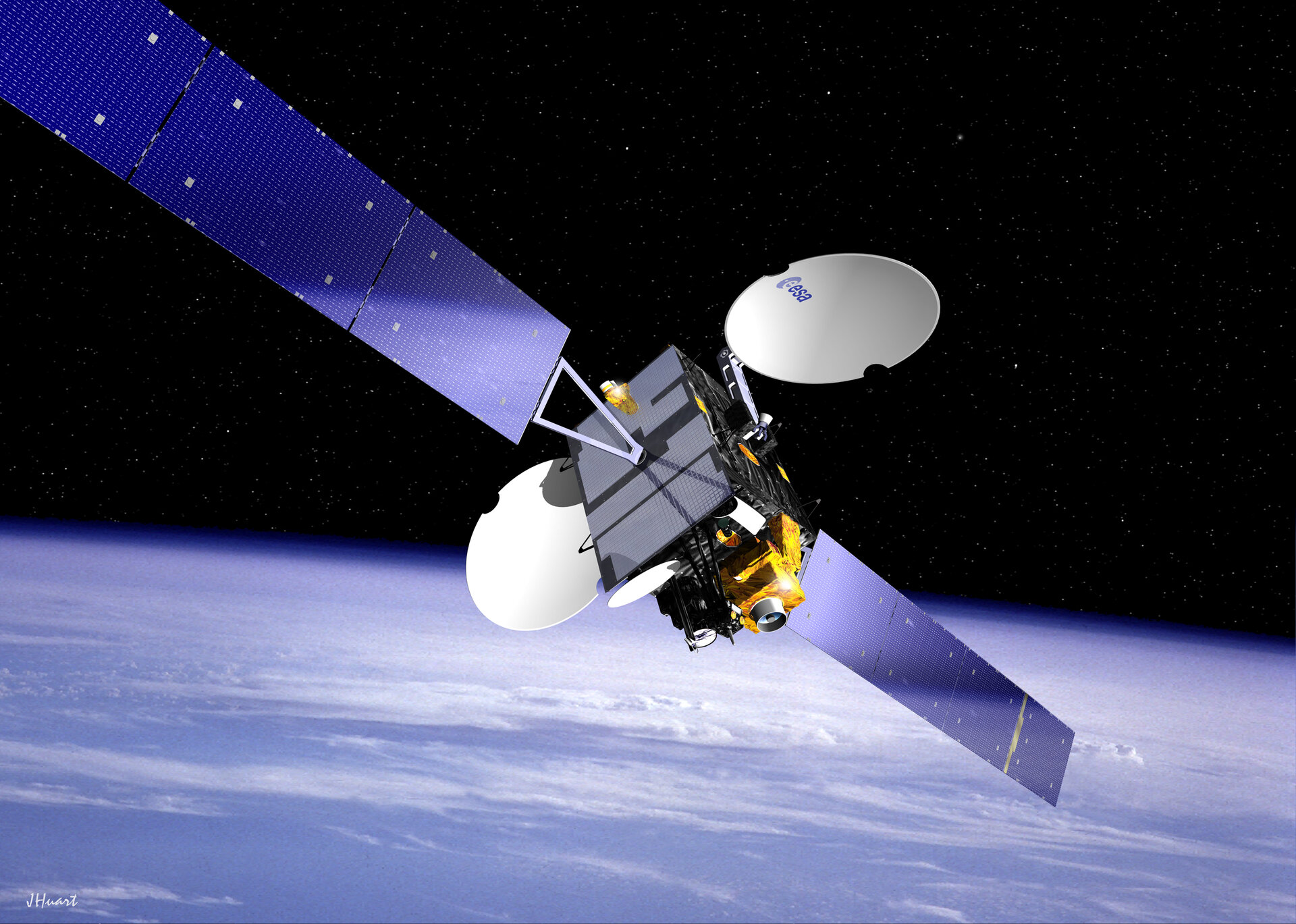 One of Artemis’ payloads for communication directly between satellites is a laser-optical relay terminal called SILEX.
It already achieved a world premiere in November 2001 transmitting a picture taken by SPOT4.

Carrying three payloads plus a number of experiments, Artemis (Advanced Relay and Technology Mission Satellite) is being developed for testing and operating new telecommunications techniques.
The L-band mobile payload allows two-way voice and data communications, via satellite, between fixed Earth stations and land mobiles - trucks, trains or cars - anywhere in Europe and North Africa.
Artemis carries two payloads for communications directly between satellites, which received data from low-Earth-orbiting satellites and transmit them directly to Europe:

Artemis was launched in July 2001 on an Ariane 5 launcher.