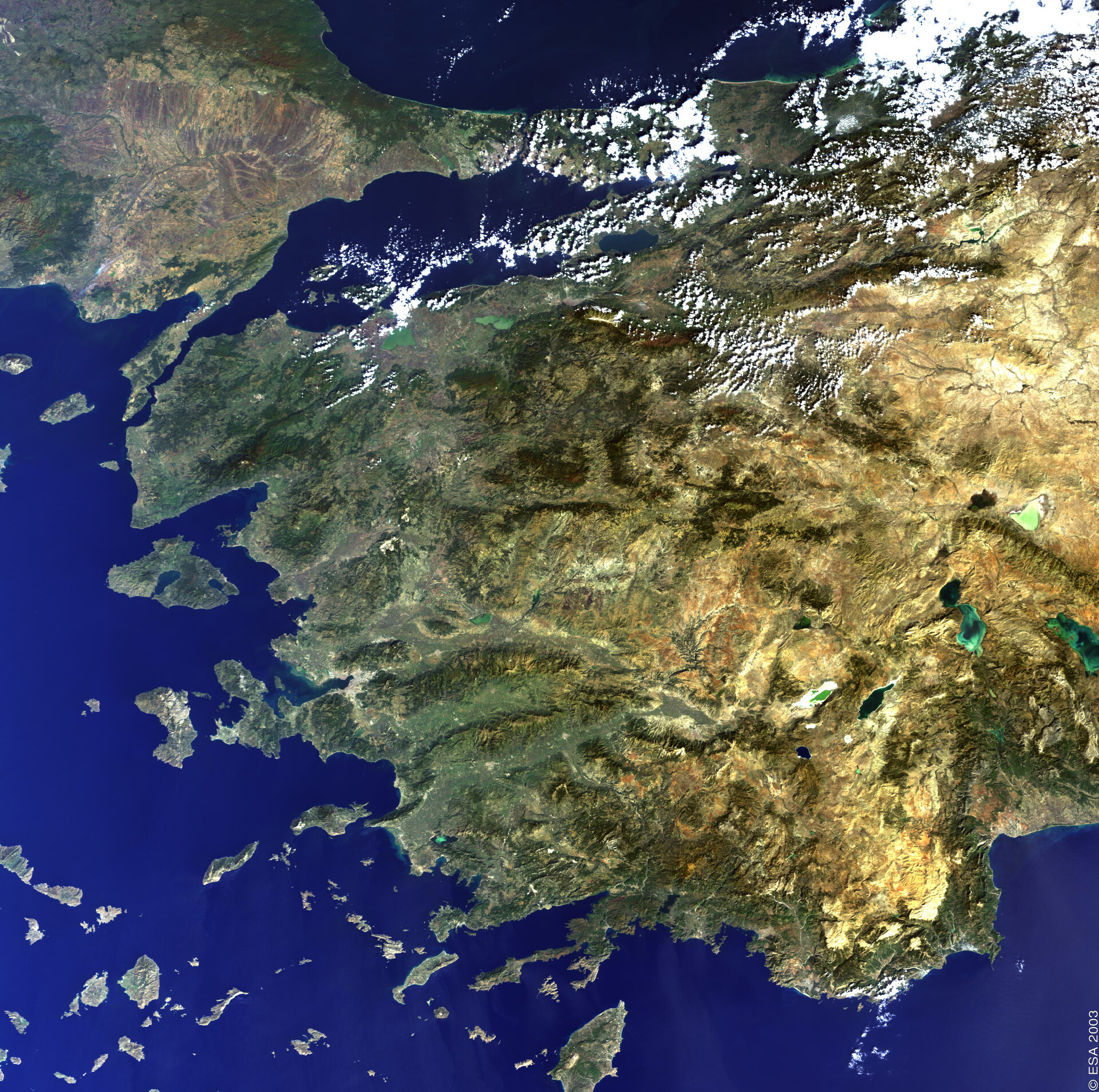 The rugged coastline of Western Turkey is shown spectacularly in this Medium Resolution Imaging Spectrometer (MERIS) image. The Greek Dodecanese islands in particular Lesbos, Chios, Kos and Rhodes in the south of the contrast perfectly against the blue of the Aegean Sea.

On the Turkish mainland to the north of the image the city of Istanbul can be seen partially covered in cloud, with the Bosporus separating the Black Sea from the Sea of Marmara and then the Aegean. On the west coast is the city of Izmir, and on the south is Antalya.