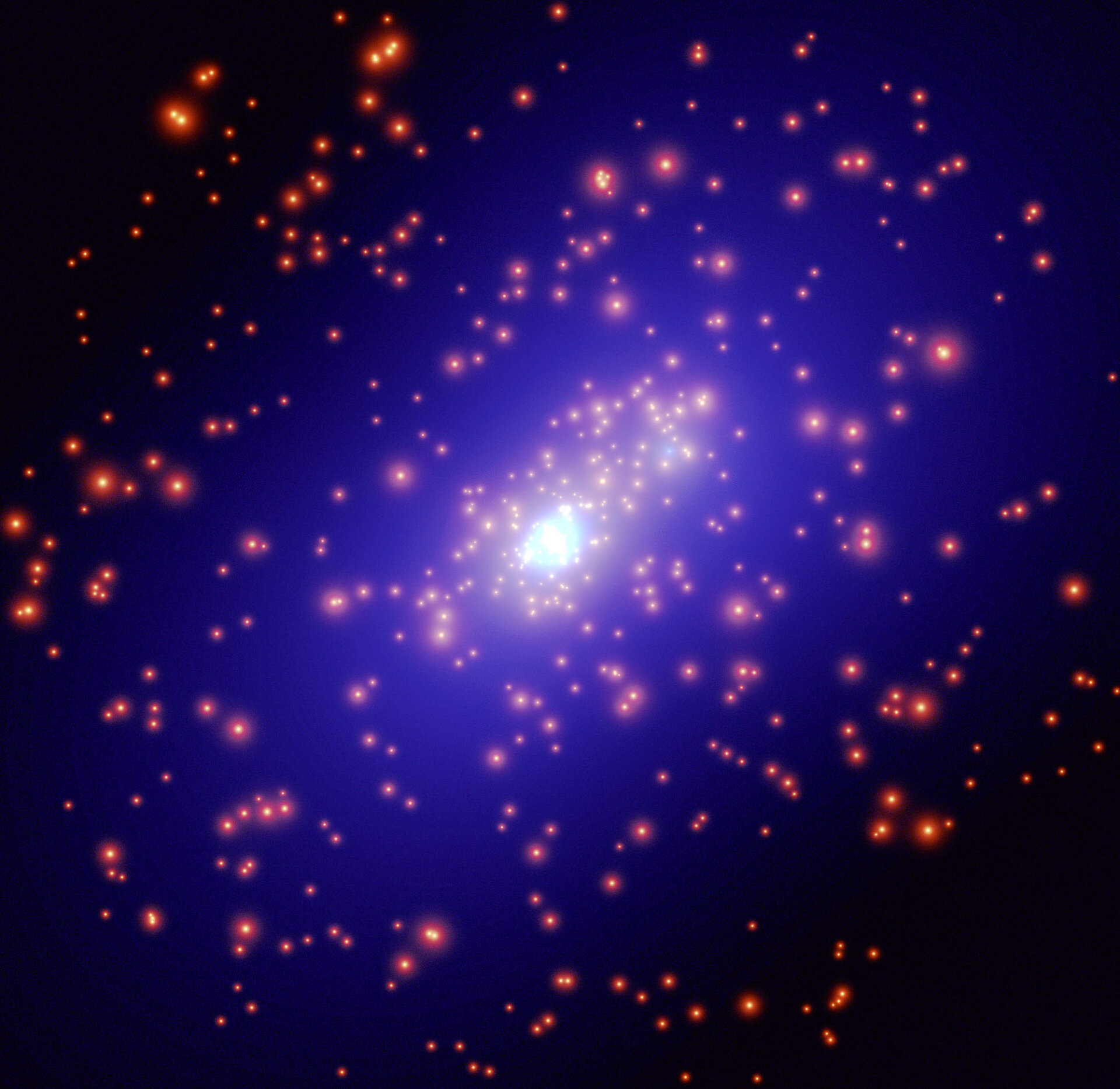 This is a mass map of galaxy cluster Cl0024+1654 derived from an extensive Hubble Space Telescope campaign. The colour image is made from two images: a dark-matter map (the blue part of the image) and a 'luminous-matter' map determined from the galaxies in the cluster (the red part of the image). They were constructed by feeding Hubble and ground-based observations into advanced mathematical mass-mapping models.