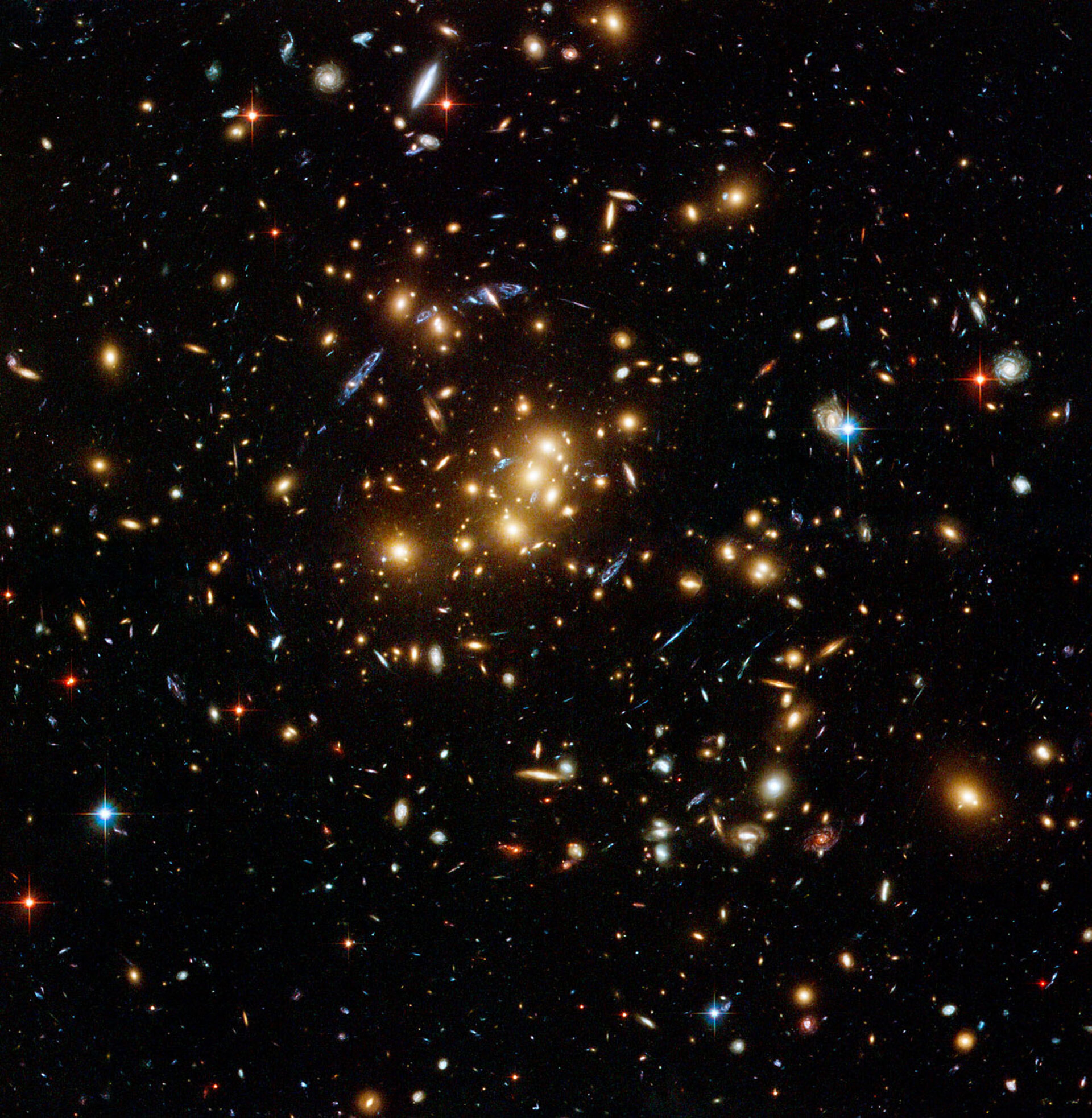 
The image displays faint faraway background galaxies that had their light bent by the cluster's strong gravitational field. By mapping the distorted light and using it to deduce how dark matter is distributed in the cluster, astronomers spotted the ring of dark matter.

One of the background galaxies is located about two times further away than the yellow cluster galaxies in the foreground, and has been multiple-imaged into five separate arc-shaped components, seen in blue.