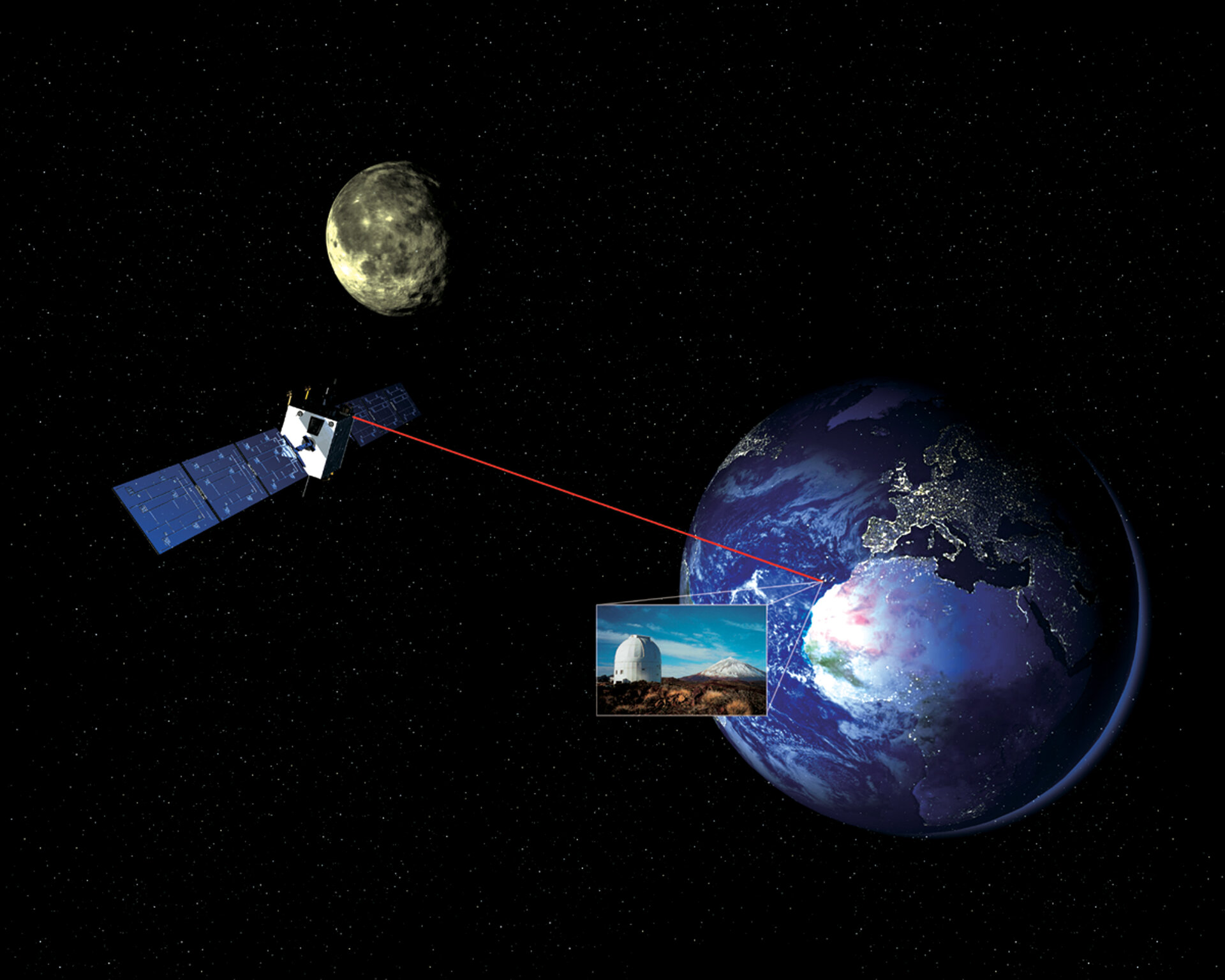 The feasibility of using a laser beam for communicating with a distant spacecraft will be tested by Laser Link from Tenerife to SMART-1.