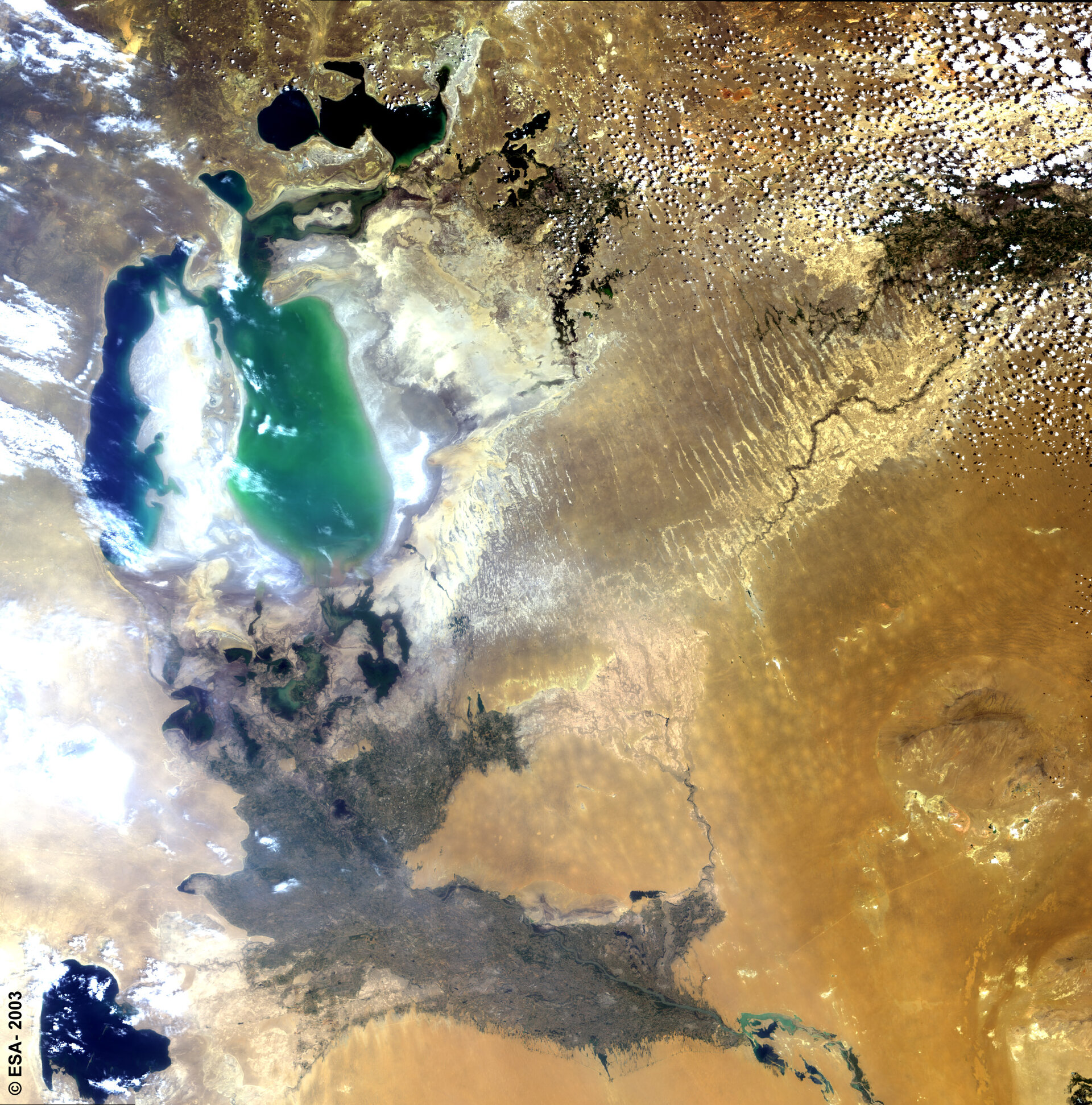 The Aral Sea is the key feature in this Medium Resolution Imaging Spectrometer (MERIS), which can be observed in the upper left corner. Once the fourth largest lake in the world, the Aral Sea began shrinking in the 1960s when the Union of Soviet Socialist Republics (USSR) diverted the Amu Darya (southern feed of the lake) and Syr Darya (north western feed) rivers to irrigate the cotton crops of Kazakhstan and Uzbekistan. During the 1980s, little or no water reached the Aral Sea and the lake began to evaporate and shrink, eventually splitting into two sections, the southern Large Aral Sea and the northern Small Aral Sea.